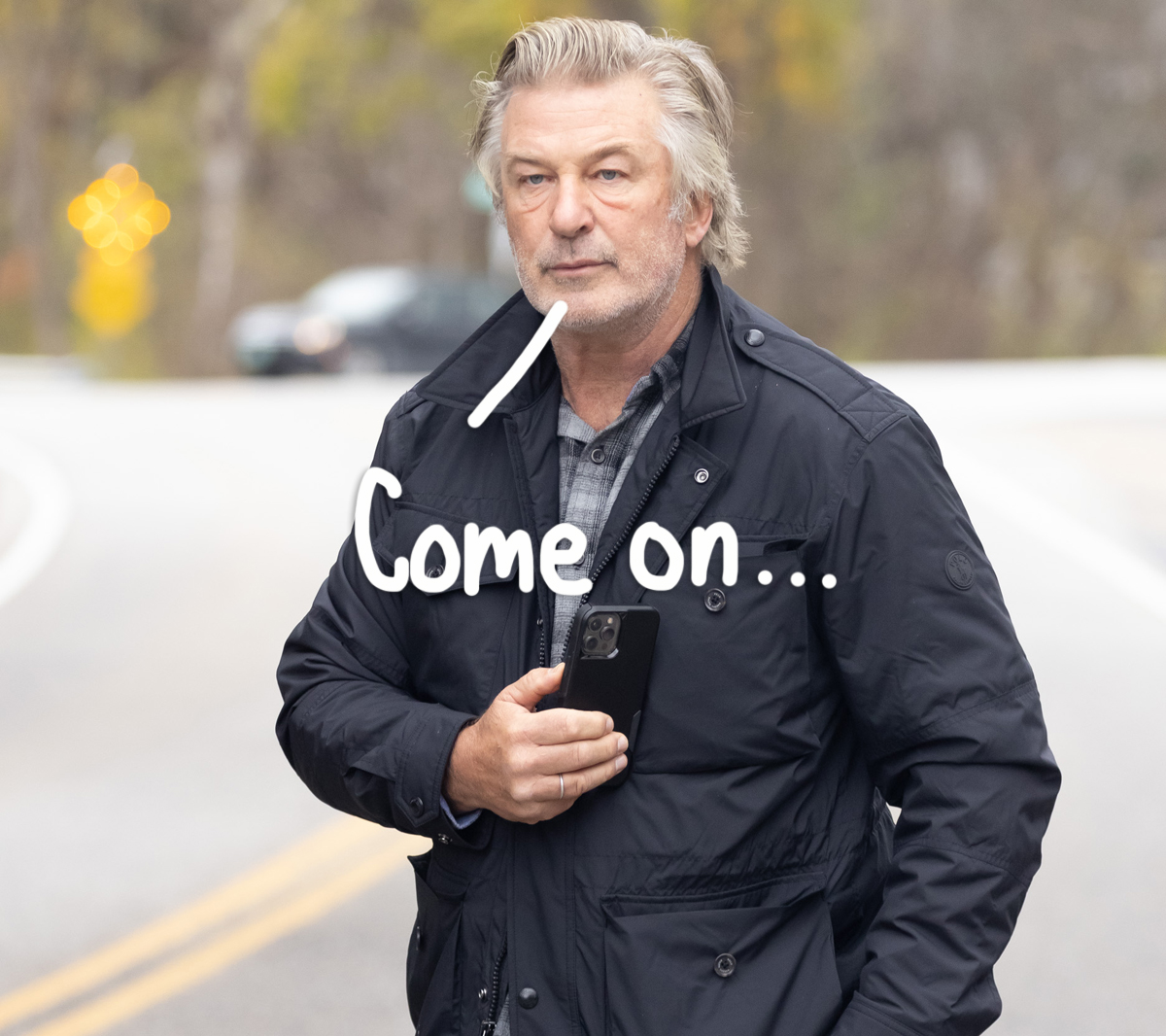 It seems Santa Fe police believe there is some important information on Alec Baldwin’s phone, as they’ve apparently obtained a search warrant to seize it as part of their investigation into the deadly Rust shooting.

According to TMZ, the Santa Fe County Sheriff’s Department had a New Mexico judge sign off on the search warrant on Thursday to learn more details about the production before filming began. As you know, cinematographer Halyna Hutchins was killed back in October after the prop gun that Baldwin was holding during a scene had accidentally discharged. While it was assumed the weapon only contained dummy rounds, that turned out not to be true. Now, police are trying to determine how a live round actually ended up in there. And we guess they believe Baldwin’s cellular device may or may not hold the answer to part of that question…

In court documents obtained by the outlet, the 63-year-old told investigators that he exchanged emails with head armorer Hannah Gutierrez-Reed discussing the different styles of guns and knives to possibly use for the film. When he asked for a bigger gun at one point, she allegedly showed him an antique Colt before ultimately deciding on the replica of the 1873 Colt .45 pistol that was used at the time of the shooting.

TMZ also reported that Gutierrez-Reed walked back on her previous theory that she was a victim of sabotage and framed for the loaded gun on set. During an interview with authorities, she now stated that she didn’t think anyone on the crew would have purposefully brought live ammo to the shoot.

And innerestingly enough, the police previously asked for Baldwin’s phone but were told to get a warrant – which they obviously now have. Kind of sus, no?

During a conversation with George Stephanopoulos a couple of weeks ago, the 30 Rock alum expressed how he believes “it’s highly unlikely that I would be charged with anything criminally.” However, District Attorney Mary Carmack-Altwies warned him and other production members that no charges have been ruled out since the investigation is still ongoing. Depending on what police find or the DA determines, what Alec said in the interview might come back to bite him in the ass.

Of course, we’ll have to wait and see if investigators discover anything at all beyond the emails. In the meantime, though, what are your thoughts on the police seizing Alec’s phone? Drop them in the comments (below).

Mattea Roach’s ‘Jeopardy!’ Streak Comes to an End After 23