Not a good year for Dads. 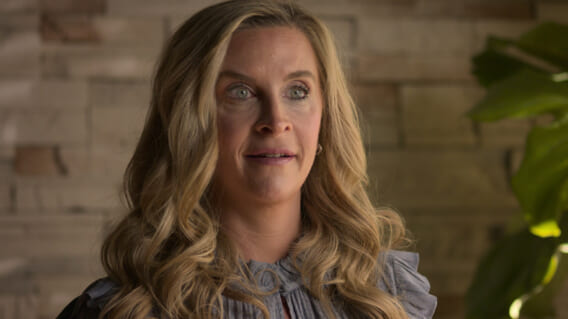 Netflix knows what we want. They’ve got the stats to fully understand how completely warped we all are. And what we crave, above all else, are the most depraved and upsetting real-life accounts of evil and misbehaviour at its finest. I’m not here to speculate why we are the way we are, but I do intend to enable our darkest fascinations with a list of the latest Netflix docu-content guaranteed to make you realize that things sure could be a whole lot worse. These latest documentaries are here to prove it.

Our Father is a shocking new Netflix documentary hailing from filmmaker Lucie Jourdan concerning a fertility doctor who may have illegally fathered countless children. The terrifying connective tissue of this documentary is about consent, power and control. A setup so outrageous can hardly be believed, so make sure to check out this doc to see how these disturbing events really unfold. It’s a little bit sickening, truth be told. Our Father dropped in May 2022 from Blumhouse Television.

And speaking of Blumhouse TV, the horror house is also responsible for delivering a second totally twisted documentary to Netflix this year. Worst Roommate Ever is a five-episode series documenting the bonkers and disturbing true account of four different roommates figuratively sent up from hell. From fraudsters to squatters to violent criminals, these four stories (divided into five episodes) will make you a little more forgiving the next time Chad leaves a sink full of dishes.

Girl in the Picture

According to Netflix, “in this documentary, a woman found dying by a road leaves behind a son, a man claiming to be her husband — and a mystery that unfolds like a nightmare.” A fascinating setup, but this one needs a little bit of cautionary tape. Like the other films and series on this list, Girl in the Picture documents real events. But these events deserve stronger trigger warnings than some of the other titles. Murder, abuse and loss… Girl in the Picture has left countless users distraught, horrified, and disturbed. The film was made by Skye Borgman, the creator behind the popular 2017 Netflix documentary Abducted in Plain Sight.

Netflix has yet to slow down on the hyper-disturbing docu-content this year, and Keep Sweet is a sign that they do not plan to pull the brakes anytime soon. This series concerns church leader and all-around creep Warren Jeffs who headed up the Fundamentalist Church of Jesus Christ of Latter-Day Saints. After this project dropped earlier this summer it earned itself a 91% critics rating on Rotten Tomatoes. Trigger warning for sex abuse; this real-life story is extremely upsetting.

I Just Killed My Dad

Not all is as it seems in the Netflix true crime documentary series I Just Killed My Dad. Just when you think you have it all figured out, you’re thrown for a loop after loop. When teenager Anthony Templet calls the police in 2019 at 3 am, he tells the operator: “I just killed my dad”. But Anthony doesn’t behave like someone unwell or violent. He cooperates with the police, and soon dark family truths begin to come unburied.