Rainy slays are here to stay. 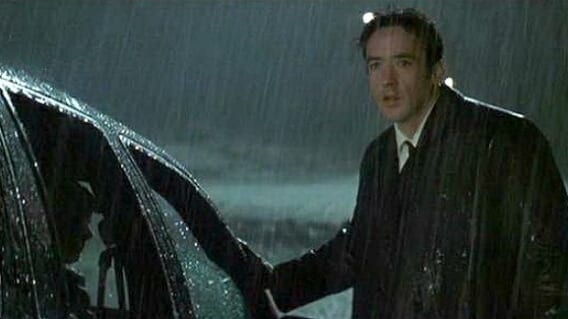 I can’t stand the rain. It’s one of the things I have in common with Missy Elliott and Tina Turner. Most of my friends know they will not see me on rainy days. Whatever we had planned has to be rescheduled. Going outside is bad enough for a gold medal couch potato like myself. I’m not getting hit in the face by the weather when I have an apartment with wifi, snacks, and alcohol. I enjoy watching it rain through my window but that’s as much nature as I’m built for. However, as much as I loathe going out on rainy days I love to see rainy horror movies. Watching characters slip and slip in already dangerous situations gives me life. Sometimes when I cancel my plans because of weather, I’ll watch movies where they have to fight the rainy weather in addition to a slasher. That’s high drama and the best use of rain.

I present to The Midnight Society, 5 Rainy Horror Movies To Drown Out Your Rainy Day! If you’re like me and don’t do rainy days, but love to watch other people navigate shit weather then this one is for you!

Where You Can Watch: Showtime 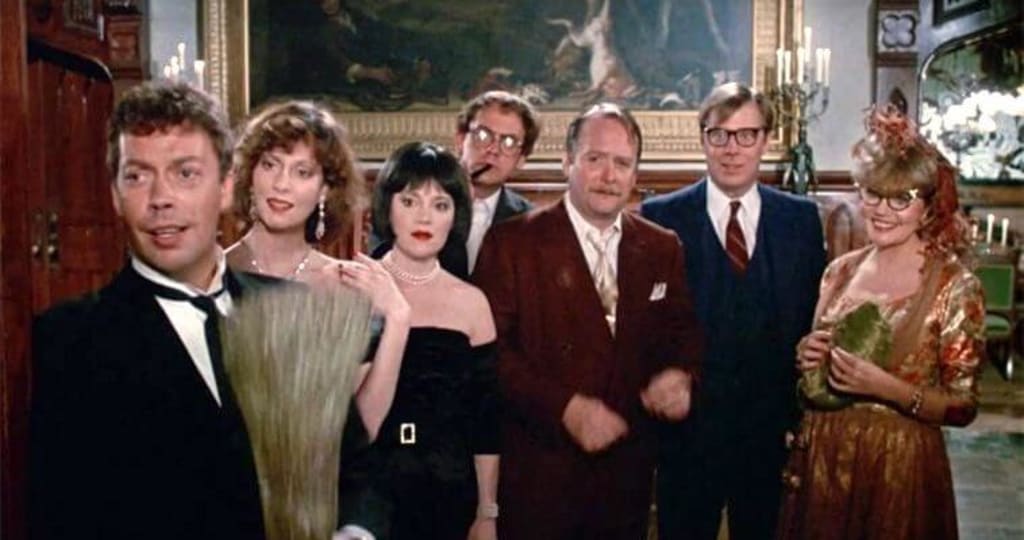 I love this zany murder mystery with all of my heart. I have seen it countless times and each time I know in my heart that the weather is the true villain. Part of the reason no one leaves the mansion when people start getting murdered is because of the storm. I don’t blame them either because I would probably also take my changes holding up near free liquor and the weapon cabinet. The only thing worse than being in a creepy murder mansion during a rainy season is going outside in the stuff.

Where You Can Watch: Netflix 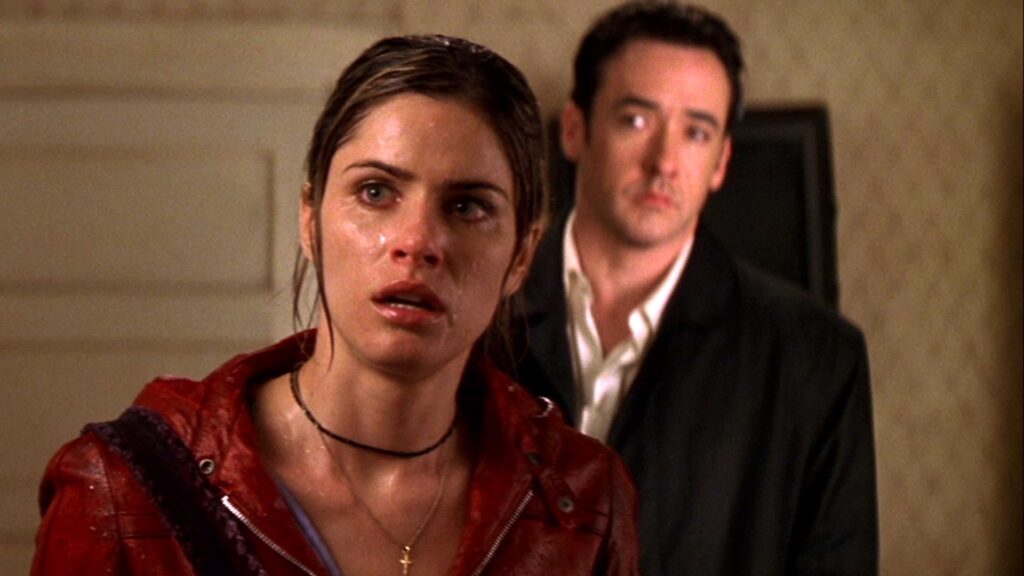 It rains the entire movie and I never understood how these characters kept going out in it. From a technical standpoint, I want to know how they got actors to agree to getting sprayed for the duration of filming. I would’ve quit for less than the implied cold and flu symptoms. Because I hate the feel of wet clothes this movie makes me super uncomfortable. This is low-key one of the most stressful movies I can’t stop watching. It’s another stacked cast in another murder mystery. It’s like Clue if it got the Silent Hill treatment. 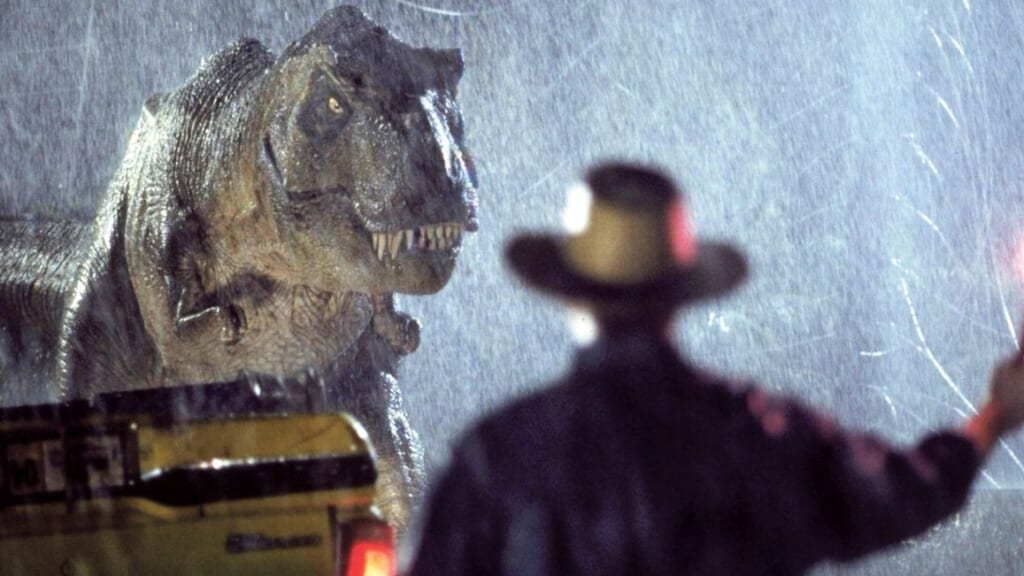 Most of us would love to take a trip with professional zaddy and part-time actor, Jeff Goldblum. However, not if that trip is to an island with legitimate dinosaurs. An island that seems to be in the middle of monsoon season from the looks of these storms. I can’t think of a worse way to go than fighting dinosaurs in the rain. I would give up on sight. What is there to fight for? I don’t want to live in a world where I have to learn how to run. I also don’t want to run in the rain from something that could crush me with its pinky finger. This whole trip sounds awful and I don’t know how they keep finding fools to go to this rainy reptile island of death. It could never be me. 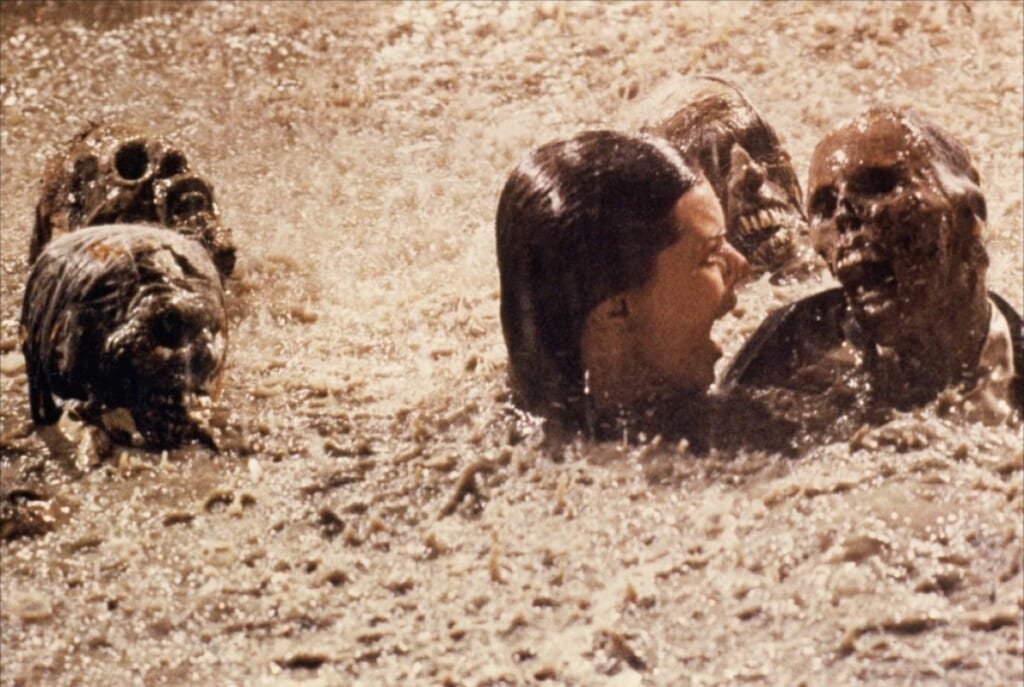 This movie has a lot of things I would’ve said, “hell to the no” to. However, in the midst of all of this paranormal activity and missing kids, there is also a rainstorm. I think not! You’ve taken a child, scared my family, and dragged me across a couple of walls. Now I also have to fight you in the rainy obstacle course that used to be my backyard? I’m not hoping in the demon jacuzzi to get rain and mud in my face. No. A world of no. I would’ve hopped into my car and told my husband to catch me when he gets things under control.

Where You Can Watch: Pluto TV, Tubi, and Vudu 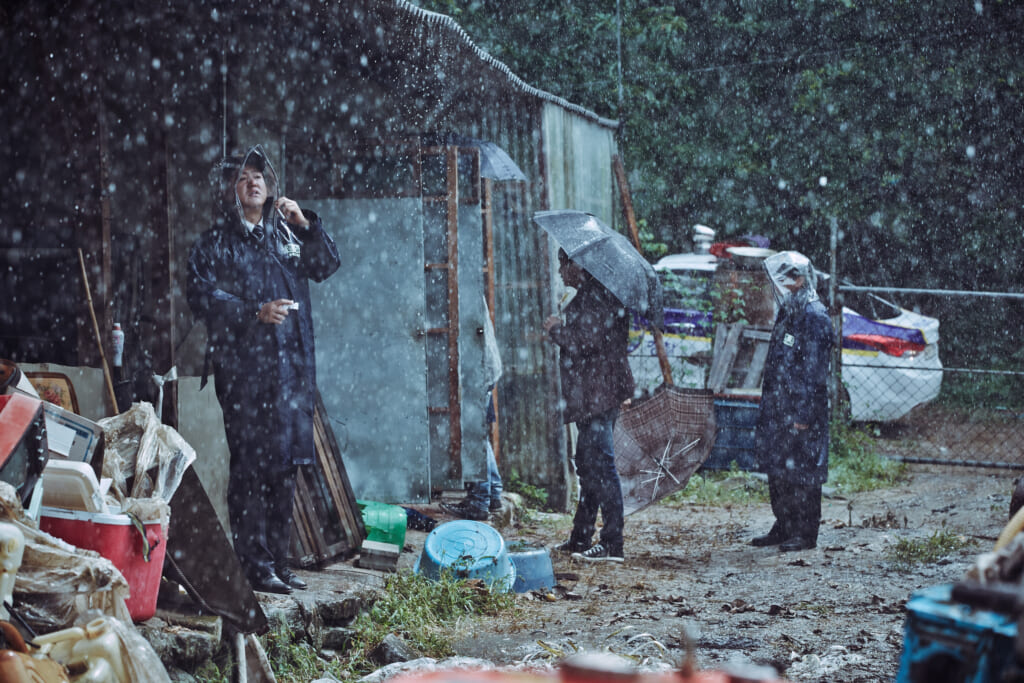 This movie stresses me out because we’re out here solving mysteries in a pandemic while still getting rained on. Just writing that sentence does things to my face and spine. I got cold just looking at the screenshots. I would be the worst person to ask for help on a rainy day because I’m not going outside. More importantly, I also don’t fux with sick people. That’s already two strikes for me so I wouldn’t do well in this movie. The film would be over before we even got to the terrifying parts. I would’ve tapped out at the first cough or slight drizzle. Just because I have Kleenex and rainboots doesn’t mean I want to use them.

Where You Can Watch: VOD 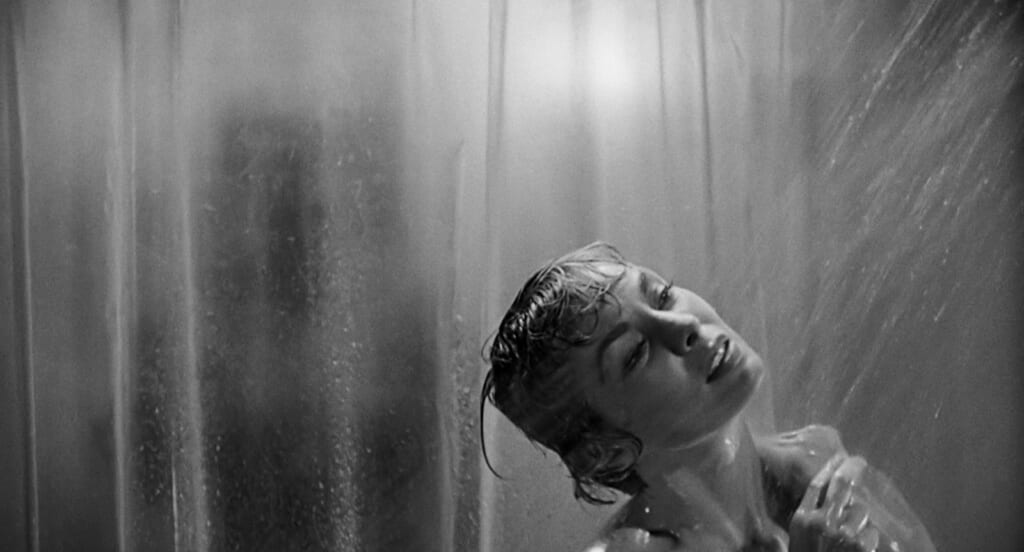 A rainy night is what stopped Marion Crane (played by Janet Leigh) from joining the bad bitch club. She had her favorite outfits, stole $40,000, and was making her way to a new life. The rain leads to her untimely demise and cut short the movie we thought we were about to get. The rain was Norman Bates’ accomplice and I think it should’ve also been arrested at the end of the movie. Slap the cuffs on it and make it pay for its crimes!

Let me know your favorite rainy day horror at @misssharai.