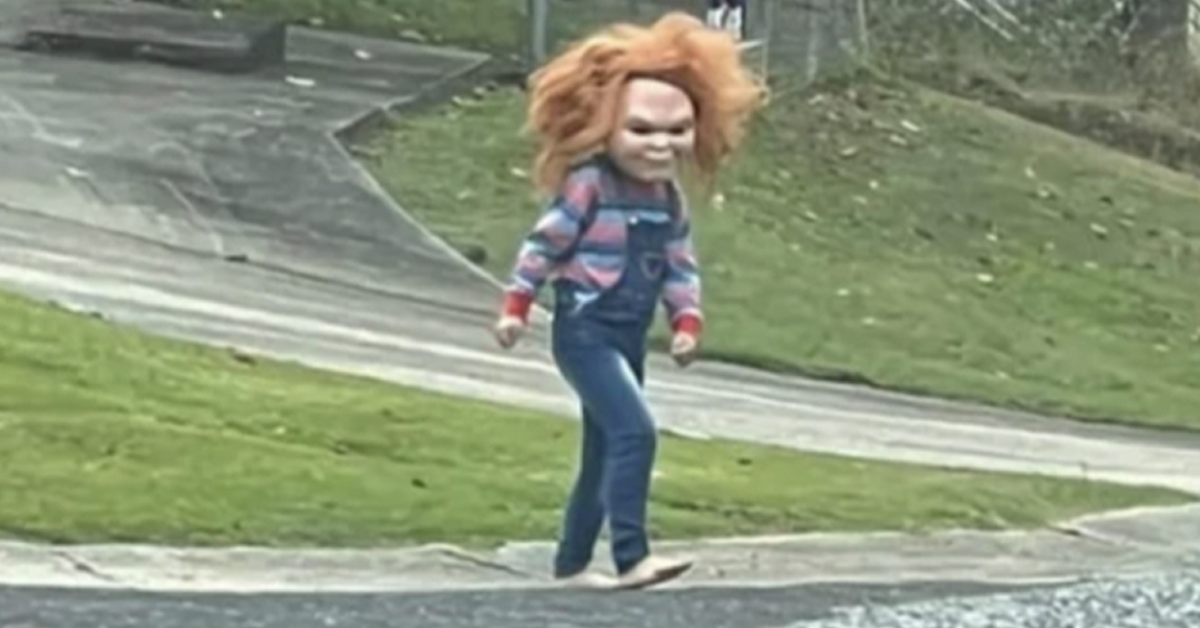 It seems we aren’t the only ones excited that the Chucky TV series is coming back for a second season. In Albertville, Alabama, a seemingly life-sized Chucky doll was spotted running around its suburban streets. And they weren’t just sporting a mask. No, the masked person was in full Chucky regalia, from the sweater to the overalls. Talk about nightmare fuel.

Kendra Walden and two of her employees were on their way home from a house renovation when they stumbled upon the masked person. Needless to say, they were all shocked. At first, they all thought it was a hallucination

“When we got closer to him we saw that it was real,” Walden told Today Parents. “It scared the heck out of us.” She added that everyone in the car started “screaming like little kids.” Truly, there’s nothing more terrifying than turning a corner and seeing what appears to be Chucky walking the streets.

She added, “My brother Zack, who is a Marine, was working on this house the day before. His biggest fear in the entire world is Chucky so he would have died on the spot.”

Since his debut in the 1988 slasher Child’s Play, Chucky has terrorized the hearts and minds of generations. It’s nice to see his legacy continue to this day, isn’t it? Well, maybe not for this car full of people.

When Walden and her employees turned around to grab photos, they saw the culprit had taken off the mask, revealing just a five-year-old boy with an assumed love of horror movies. So at least they received confirmation that the spirit of Charles Lee Ray wasn’t wandering the Alabama streets.

After Walden posted the photos on Facebook, they went viral, with over 16,000 commenters sharing that they would’ve lost it if they saw this in real life.

Perhaps Syfy can use this kid as part of their marketing for the upcoming second season of Chucky. He’s already got the outfit, after all!

Why Lori Harvey and Michael B

Board Games As Horror Movies #shorts