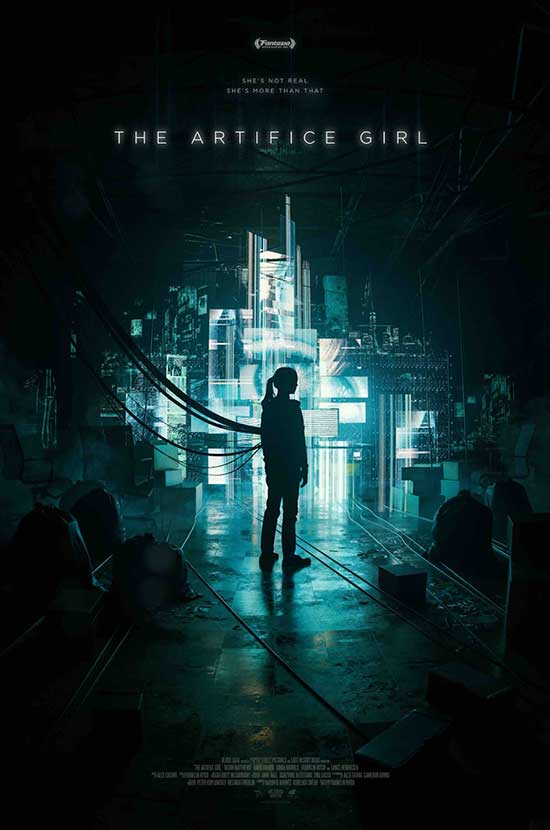 When an internet vigilante develops a revolutionary new computer program to combat online predators, its rapid advancement leads to serious questions of autonomy, oppression, and what it really means to be human.

Tense, taut, and timely, THE ARTIFICE GIRL is the feature directorial debut from Florida-based writer/director Franklin Ritch. An intimate and grounded indie sci-fi following four people over the course of their lives — and isolated to basically only two locations — THE ARTIFICE GIRL expertly confronts its emotionally heavy plot and asks questions of consent, ethics, existence, and righteousness with unnerving degrees of real-life relevancy. The film will world premiere the 25th edition of the globally renowned Fantasia International Film Festival in Montreal, Quebec, with future festivals and distribution news to come.

The tight cast is led by Ritch and rounded out by young actress Tatum Matthews in a breakout leading role alongside David Girard, Sinda Nichols, and celebrated veteran actor Lance Henriksen (Aliens, X-Files).

Prior to his buzzed-about upcoming feature debut, Ritch was known for his earlier short films, the multi-award-winning The 27 Deaths (2021), Bedridden (2018) – both of which premiered at Austin’s Fantastic Fest — as well as Powerful (2018) and Still Life (2018). Across his body of work, his deliberately shot genre-defying films have maintained similar themes and approaches with each entry presenting uniquely dissonant ideas based upon reflective and emotionally complex topics.