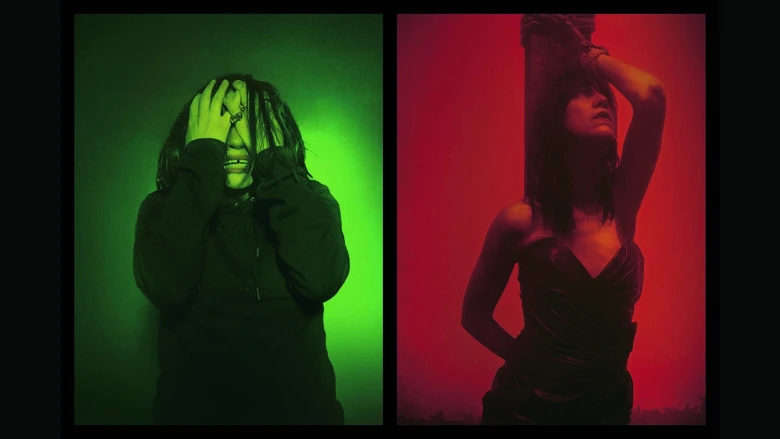 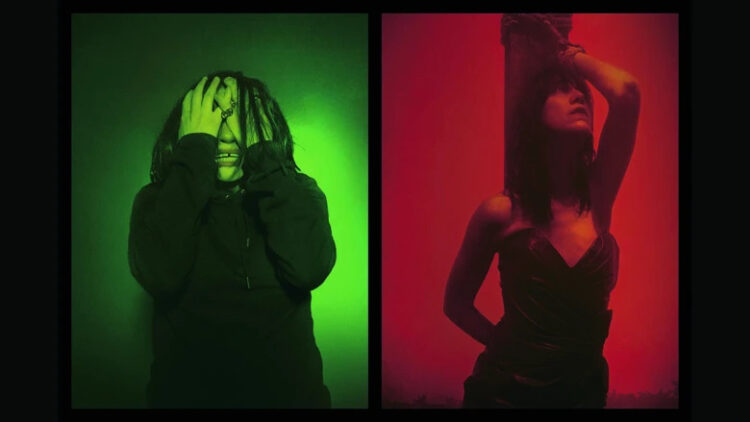 “The bonfire scene will look beautiful. Have you ever burned at the stake?” It is perhaps an odd question to ask someone. But that’s how Lux Æterna begins.

A split screen shows Béatrice Dalle and Charlotte Gainsbourg—two French actors—having a conversation about their past film experiences: their roles, their on-screen lovers, horrible directors, producers, and crew members. It’s revealed that Béatrice and Charlotte are making a film about witches together, with Béatrice directing and Charlotte as the star.

Lux Æterna is a 51-minute mockumentary-style film that takes place on—you guessed it—a film set over the course of one night. While the opening scene is calm, cool, and collected, the action that follows is anything but. Minor on-set drama and rivalries quickly spin out of control, descending into a state of bedlam.

The production team hates Béatrice Dalle (or rather, the exaggerated [we hope…] version of herself she plays) and wants her to be fired from the film. Supporting actors are lost as to what their characters’ motives are and even confused about the film itself. An American actor-slash-filmmaker is desperate to talk to Charlotte about a new project he wants her for. Meanwhile, Charlotte is desperate to get home because her young daughter may have had a traumatic experience at school.

Also Read: Brooklyn Horror Film Festival Review — Doppelgänger Horror Ego is Skillfully Directed But Too Fast-Paced For Its Own Good

The feuds and the squabbles eventually culminate in a bizarre on-set malfunction that’s upsetting for both the actors in the film and the audience watching it happen.

Lux Æterna was written and directed by Gaspar Noé, a filmmaker known for his dark and disturbing oeuvre. Lux Æterna fits that bill. This is a truly bizarre film that defies any particular genre. (Is it a drama? A black comedy? A thriller?). The mockumentary style is vaguely metafictional, but not enough that it’s entirely clear that metafiction was the intent. There seems to be an overarching comment about narcissism in the film industry and the exploitation of actors, particularly women. To top it all off, it’s interjected with clips of the 1922 docudrama Häxan, which is about the history of witchcraft and witch trials in Medieval Europe.

The storyline that happens during the first forty-five or so minutes of Lux Æterna, however, is totally overshadowed by the ending, which seems to be getting the most attention in film festivals. The malfunction that happens during the shooting of the film within the film causes the lights to flash red, green, and blue at an increasingly rapid pace, causing psychological distress to Charlotte Gainsbourg (who’s tied to a stake, can’t free herself, and can only scream for help) and Béatrice Dalle, who is forced to watch it happen and can’t seem to do anything about it. It’s a disturbing scene that feels both voyeuristic (because it is) and perversely engrossing (because… it is).

On Lux Æterna’s page on Brooklyn Horror Film Festival’s website, there’s a note that reads, “Photosensitivity Warning: This film contains extended sequences of flashing lights.” In the theater, right before the screening started, we were given the same warning about the film’s strobe effects. Luckily, no one had a seizure. But the combination of the strobes and the image of Charlotte Gainsbourg screaming for help might trigger a panic attack.