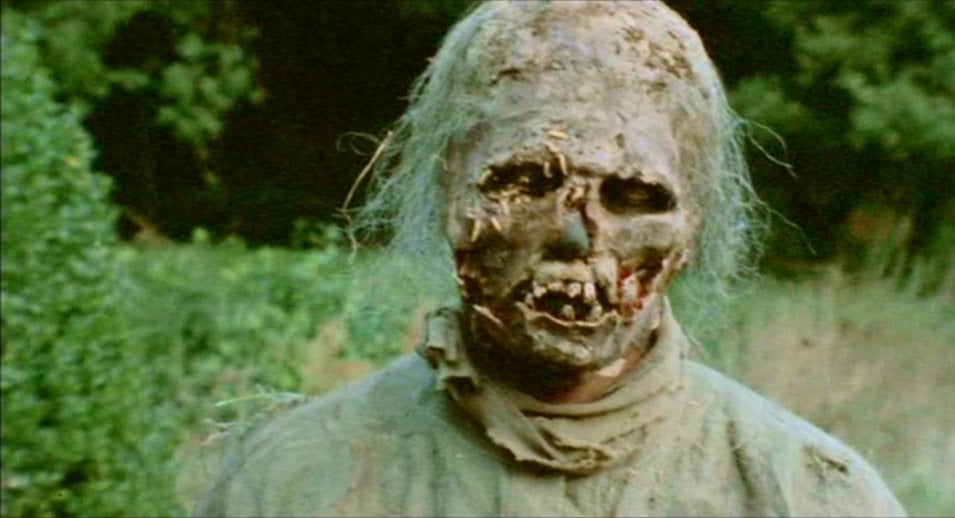 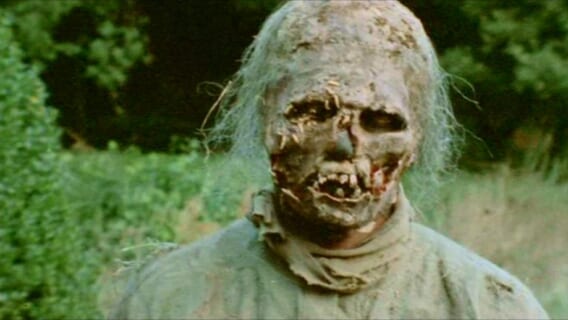 While it may not be a masterpiece in the conventional sense, there is still much to appreciate about Burial Ground (also known as The Nights of Terror). Andrea Bianchi’s 1981 zombie film doesn’t do any one particular thing exceedingly well. But it is most certainly noteworthy to those that enjoy grindhouse sleaze from the video nasty era.

Though the storyline is usually the lifeblood of a film, I should warn you that is not the case with Burial Ground. The narrative is almost an afterthought to depictions of copulation and zombie montages. But Italian horror of this vintage often favored style over substance and I’m rarely opposed to that. In fact, I quite enjoy features that play out a bit like a disjointed fever dream.

With that said, I will do my best to give some insight into the film’s so-called plot. Burial Ground follows a trio of couples that take up temporary residence in a palatial estate where a professor is studying a nearby crypt. The professor unknowingly releases a hoard of undead creatures and the zombies proceed to attack the unsuspecting couples. The End.

With a storyline that threadbare, it’s not a great surprise that everyone in the cast seems eager to get their swerve on. And they aren’t ashamed of their healthy sexual appetites. When the mood strikes, they are willing and ready. And I’m not just talking about after-dark dalliances. I’m talking about people rolling around and making out in broad daylight, in plain view of others. Under normal circumstances, that may have been a good thing. But the casual attitude the central characters have toward coitus proves risky when Michael (Dario Jr.) is on the scene. He gets a bit territorial when it comes to his mother. 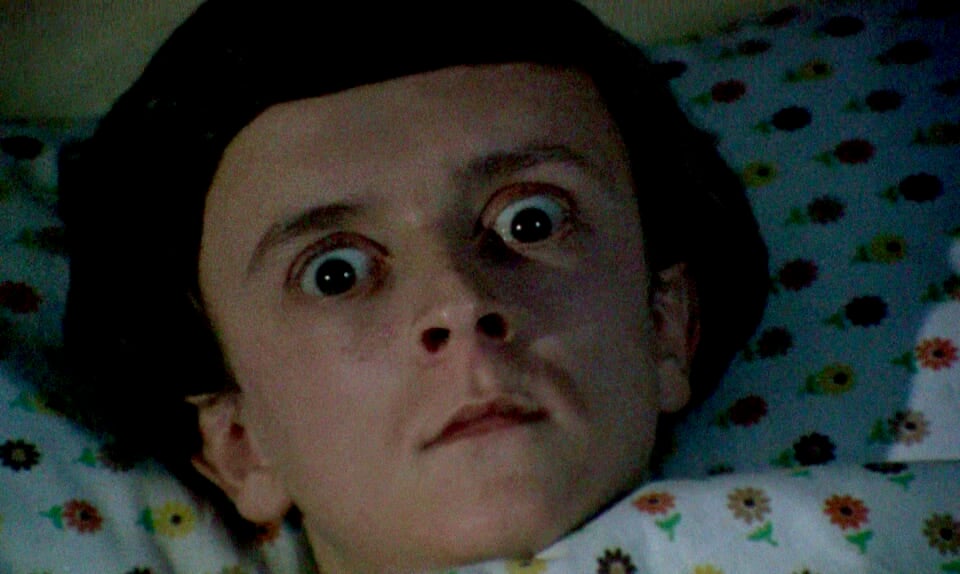 The relationship between young Michael (pictured above) and his mother Evelyn makes for easily the biggest WTF moment in any Italian horror film I’ve seen. Following a frightening encounter with a group of zombies, Michael tries to seduce Evelyn and seems perplexed when she won’t let him nurse from her bosom. But when Michael dies and is later reanimated as a zombie, Evelyn is so overjoyed by his return that she offers Zombie Michael some rejuvenating suckles. After Michael begins indulging, he loses control and bites his mother’s nipple off. The aforementioned sequence is marginally less creepy with the knowledge that Pietro Barzocchini, the actor playing Michael, was in his twenties at the time of filming. But the entire ordeal is, nonetheless, nauseating.

In addition to over-sexed characters with no boundaries, Burial Ground also features quite a bit of gore. However, the effects look really cheap. In fact, the zombie prosthetics look like they were created with paper-mâché and bile. Their likeness also appears to have been aped from Fulci’s vastly superior Zombie 2. But that’s no great shock. This feature was made to capitalize on the rising popularity of the cinema of the undead. And it certainly makes a noble attempt at doing that. 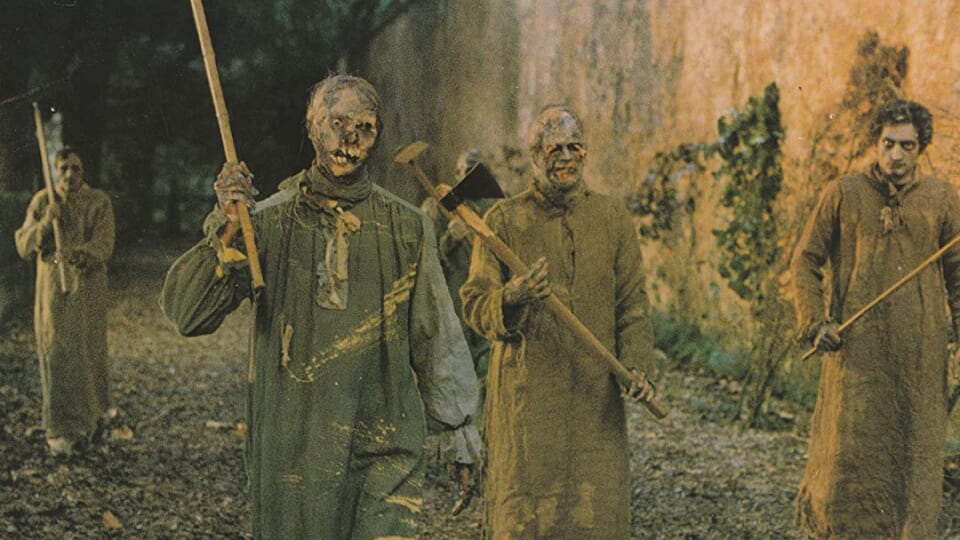 Burial Ground was made on a shoestring budget and presumably with the understanding that the lack of narrative cohesion and good taste would be offset by the nudity and the violent nature of the death sequences. As for the efficacy of that strategy, I think it works to a certain extent. I would never recommend this to someone that doesn’t fully appreciate European sleaze at its most lurid. However, there is absolutely an audience for this kind of nonsense. There’s something captivating about how unapologetically trashy and ridiculous this flick is.

If this trashy effort sounds like your cup of tea, you can rent or purchase from any of the major content providers. Additionally, Severin has given the film the royal treatment on Blu-ray if you prefer physical media.

If you opt to check out Burial Ground, let me know your thoughts on Twitter @FunWithHorror. But please don’t say I didn’t warn you.

I’ve Tried So Many Nails Inc