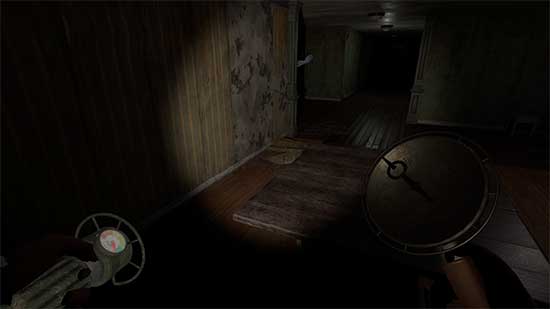 Enter a terrifying world inspired by Japanese horror with optional VR support for a bone-chilling and immersive experience. Explore haunted locations alone or with up to three friends, scouring abandoned hospitals, rundown houses, and more for cursed objects to summon tormented spirits. Avoid supernatural entities while searching for clues, shine UV lights to momentarily repel otherworldly pursuers, and maintain sanity while attempting to cleanse each location.

Explore notorious haunted locations alone or with up to four players in online co-op. Conduct paranormal investigations in dilapidated homes, long-abandoned hospitals, and other ominous sites. Scour each scene for key objects and clues to summon the dark spirits refusing to move on while learning about each location’s tragic history, then banish each ghost before their dark energy spreads and consumes unfortunate souls.

Dive into an immersive experience crafted to create moments of soul-shaking horror for solo and cooperative sessions. VR users can make use of a diegetic UI, with health and sanity meters represented via an in-game watch for an added atmosphere of authenticity. Engage in crossplay with both VR and standard keyboard and mouse players for a tailored and inclusive co-op ghost-hunting experience across all input methods.

“We are pleased to announce Paranormal Hunter for consoles, PC and VR headsets,” said Takatoshi Tatsumi founder, EALoGames. “Although seeking out the supernatural is a daunting experience, playing with teams of friends makes searching for spirits as fun as it is frightening!”