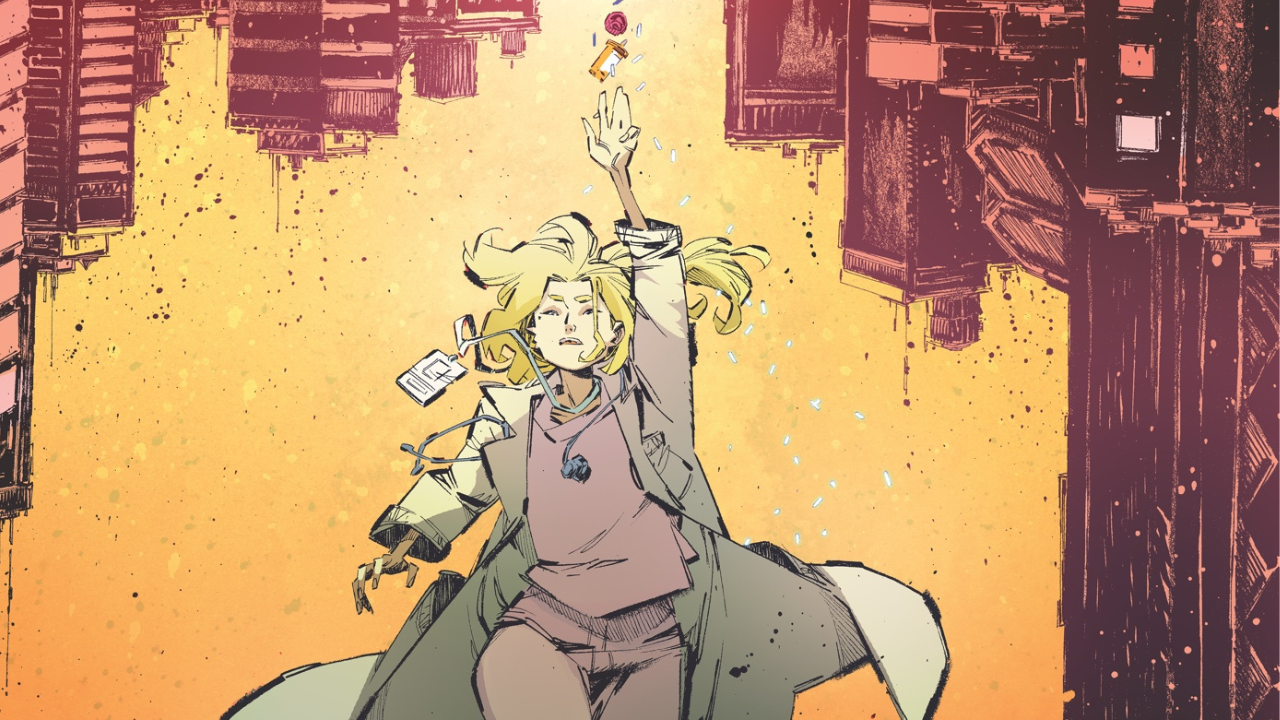 This ain’t your grandma’s superhero comic. 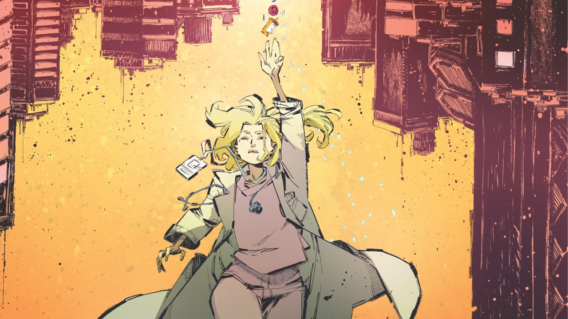 We live in a world dominated by fictional superheroes. From Marvel and DC to the violent universe of The Boys, we’re surrounded by heroes in tight pants and a god complex. It’s getting to the point where the market feels oversaturated. But, writer Matthew Klein and illustrator Morgan Beem have provided a breath of fresh air to the genre with the new IDW Original miniseries, Crashing, that’ll be told across five issues.

Crashing follows Rose Osler, a specialist… Her focus? Patients with Powers…at a hospital with a “No Powered Patients” policy. When a battle between Boston’s protectors and destroyers erupts, Rose is trapped between saving the city’s beloved hero by day and greatest villain at night. Except Rose could become a casualty when she’s forced to risk her recovery. As Rose pushes past her limits to save everyone else, will she be able to save herself?

We got an exclusive look at the pencil, ink, color, and lettering steps for three pages of the new series! Check them out below: 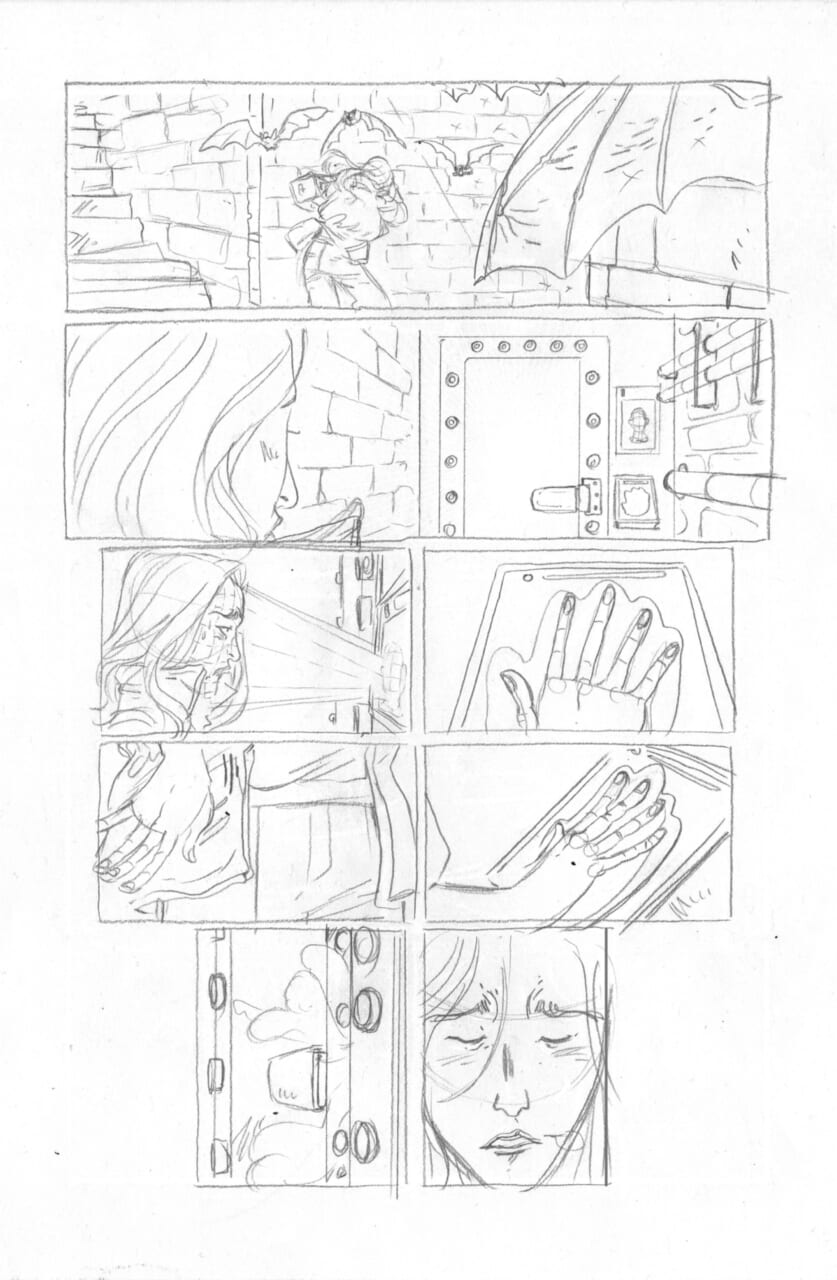 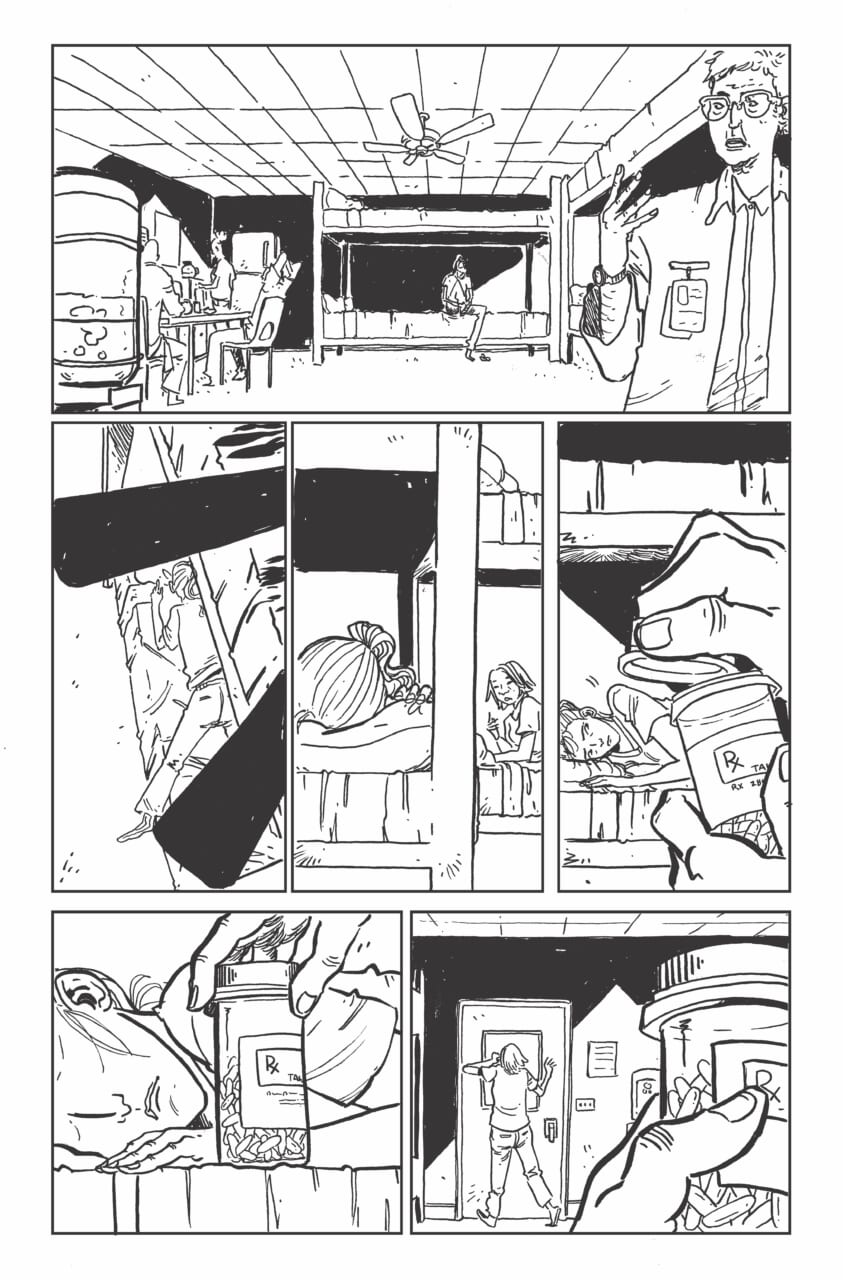 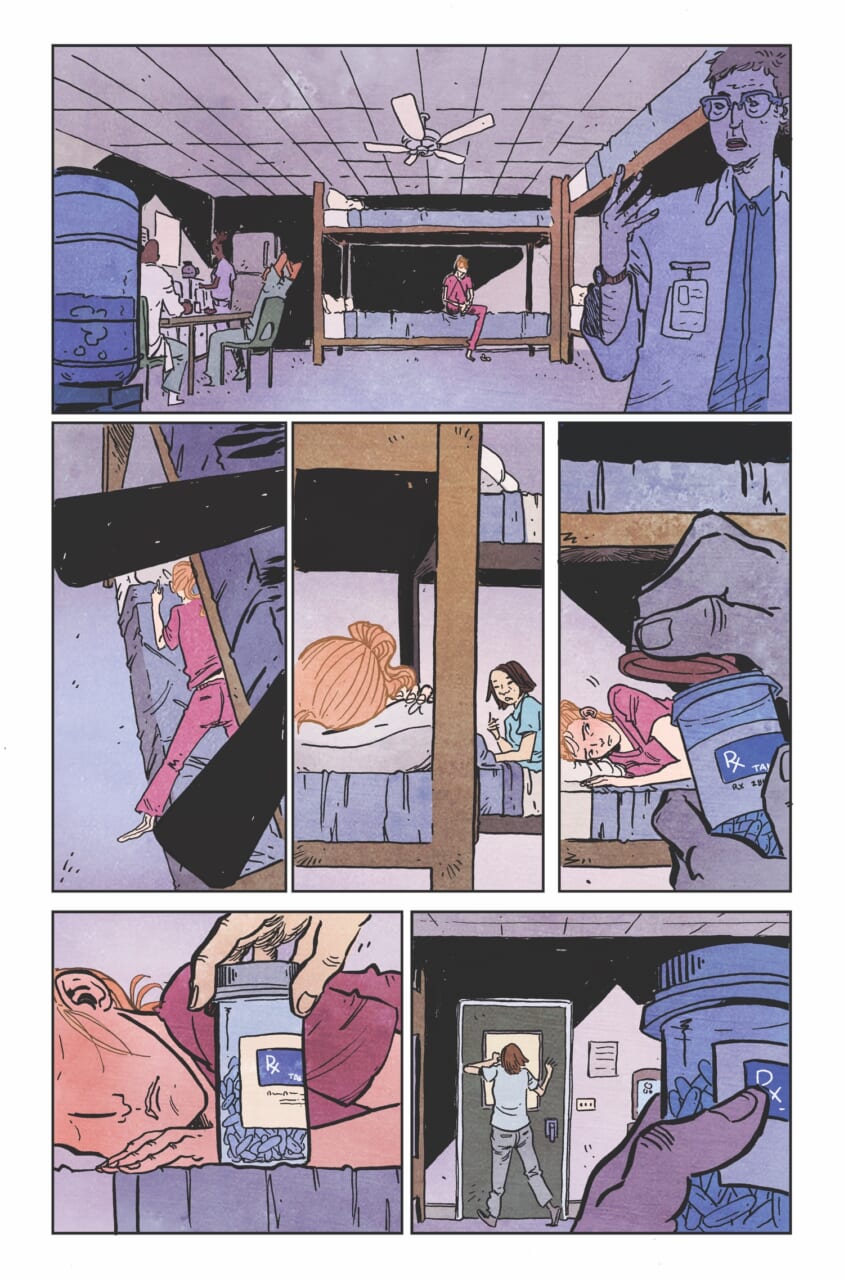 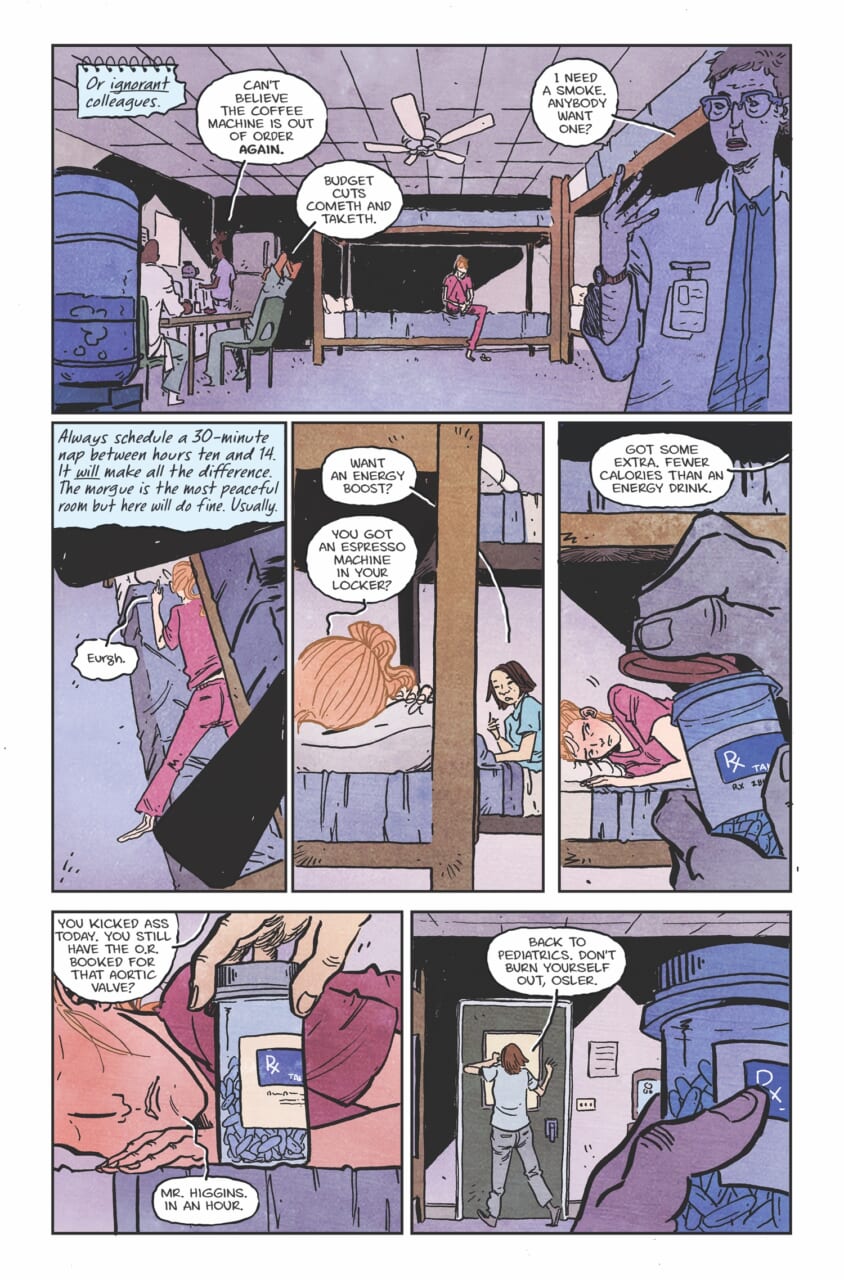 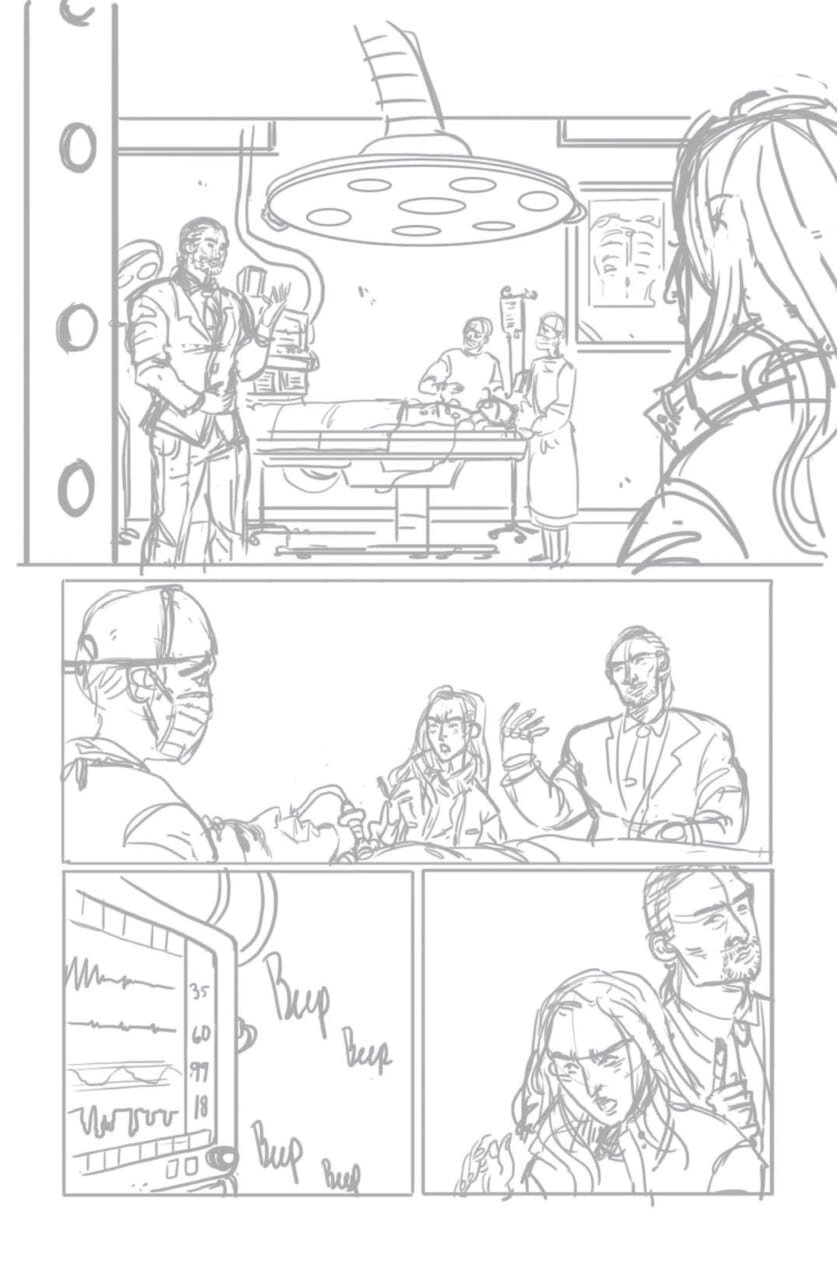 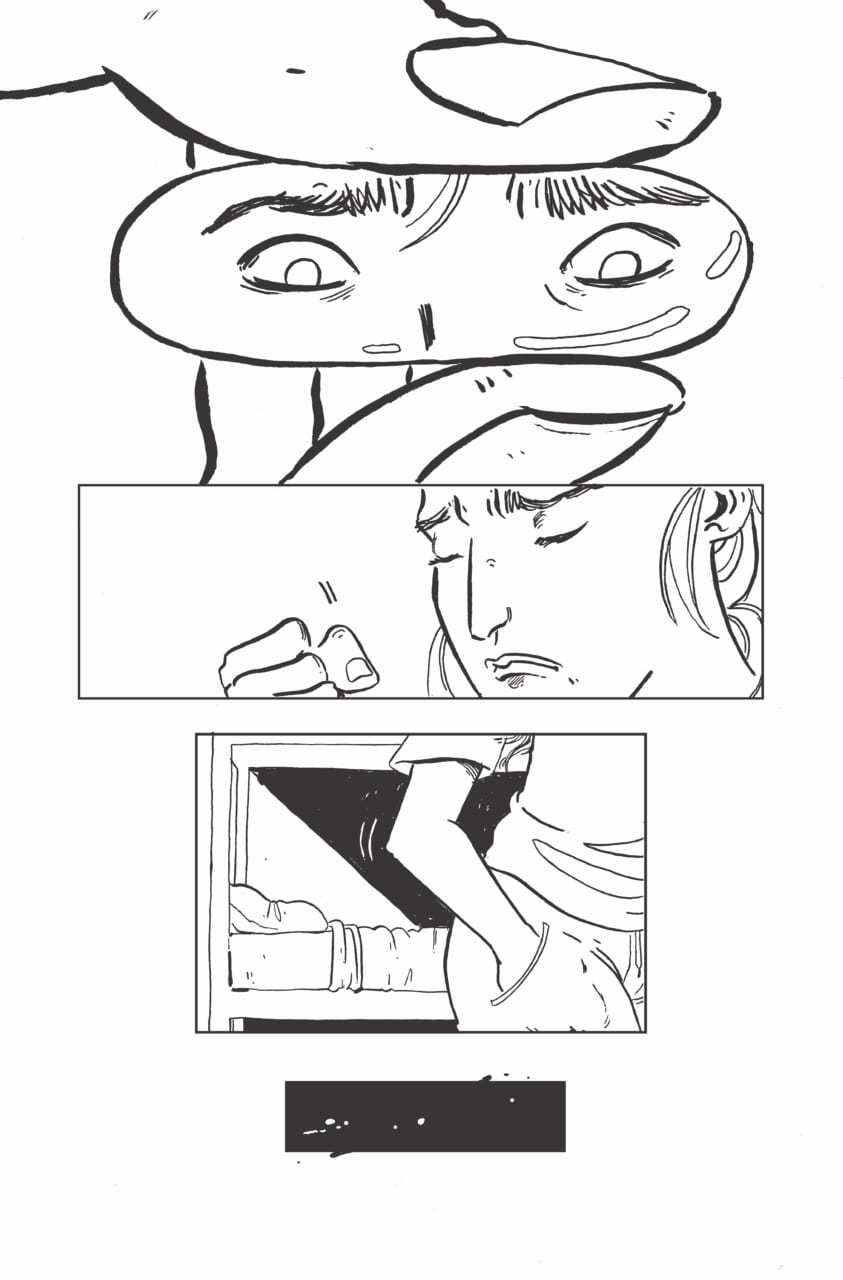 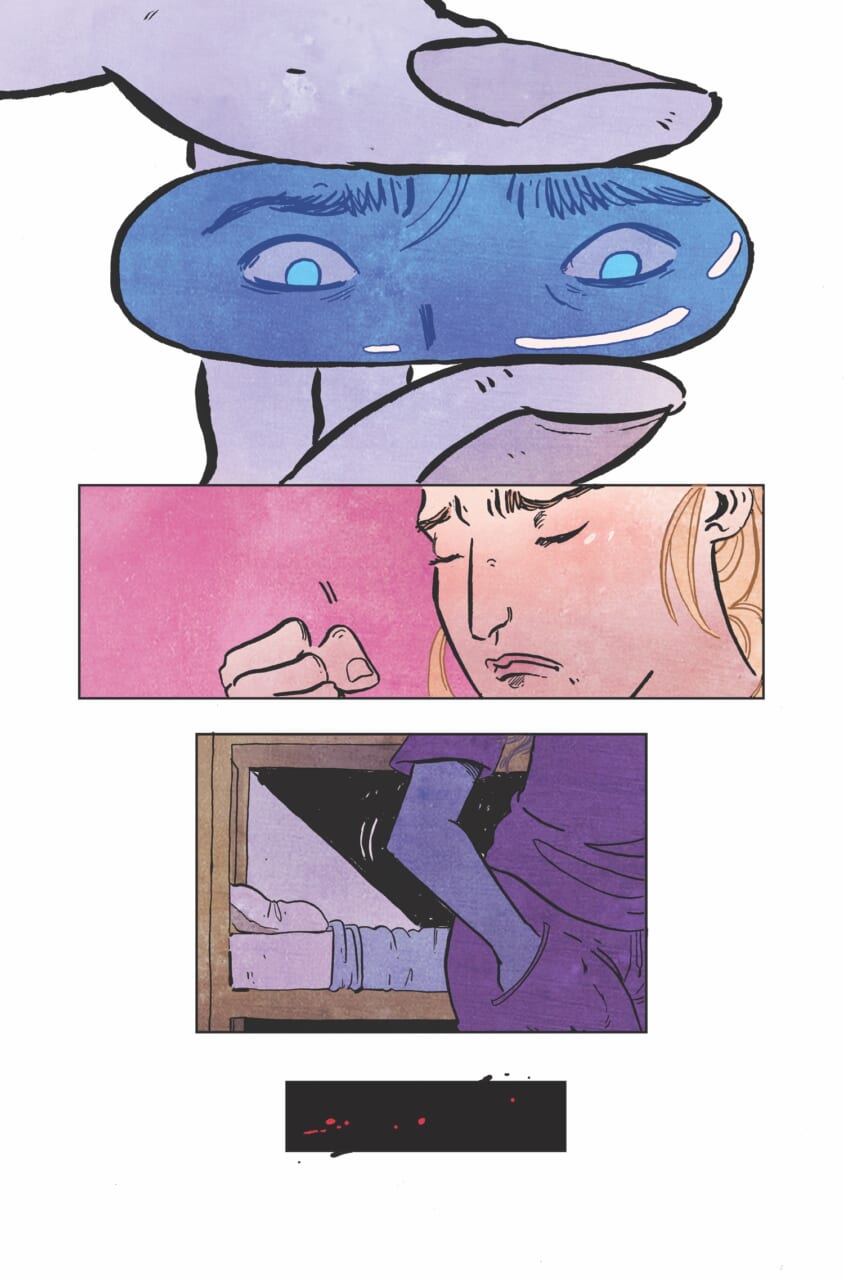 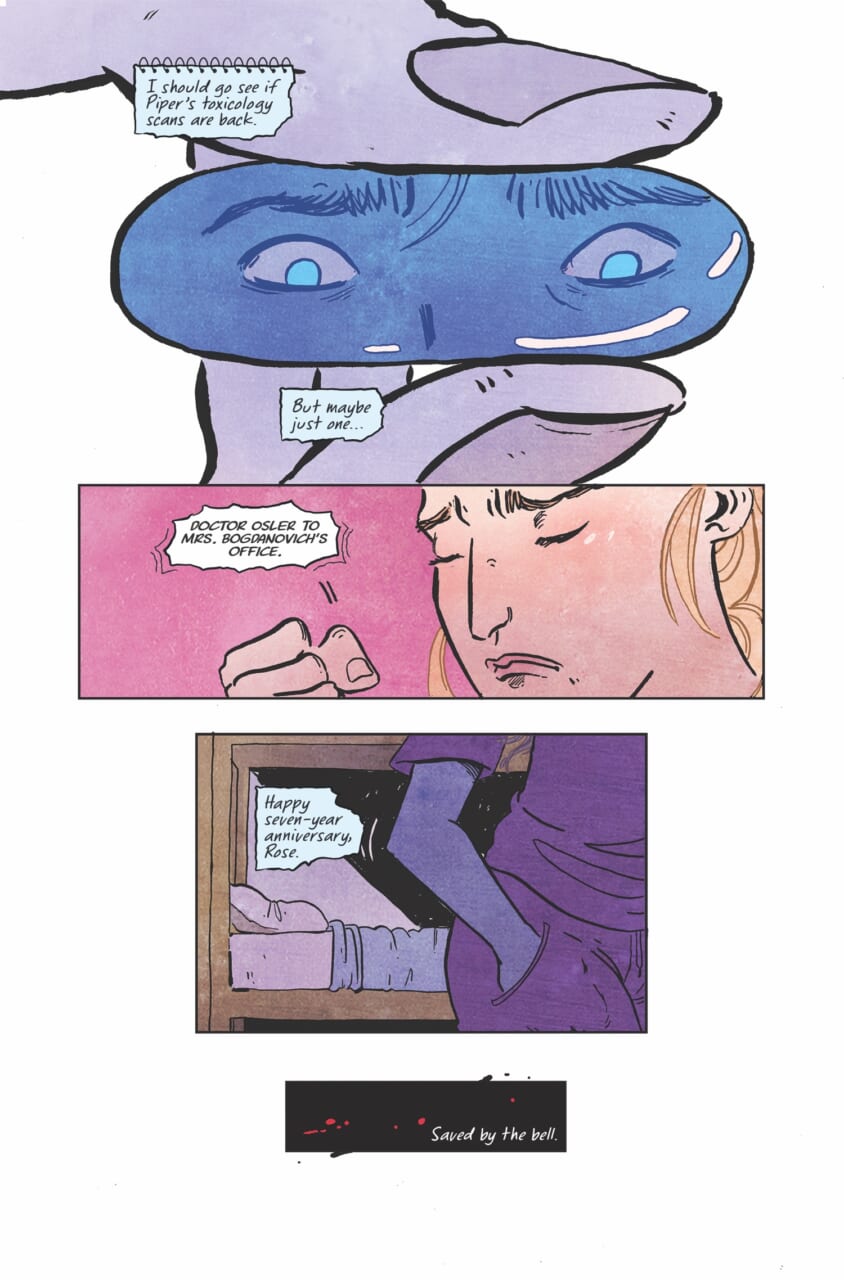 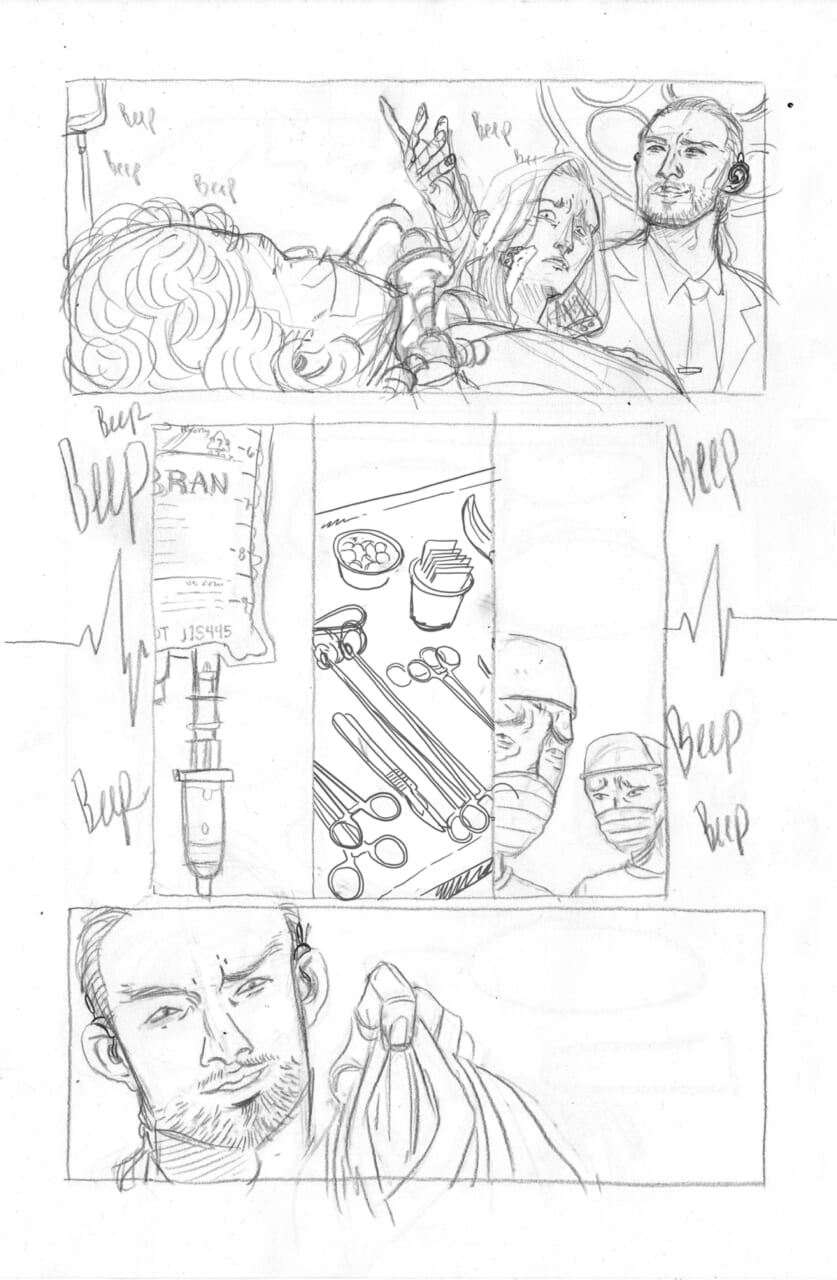 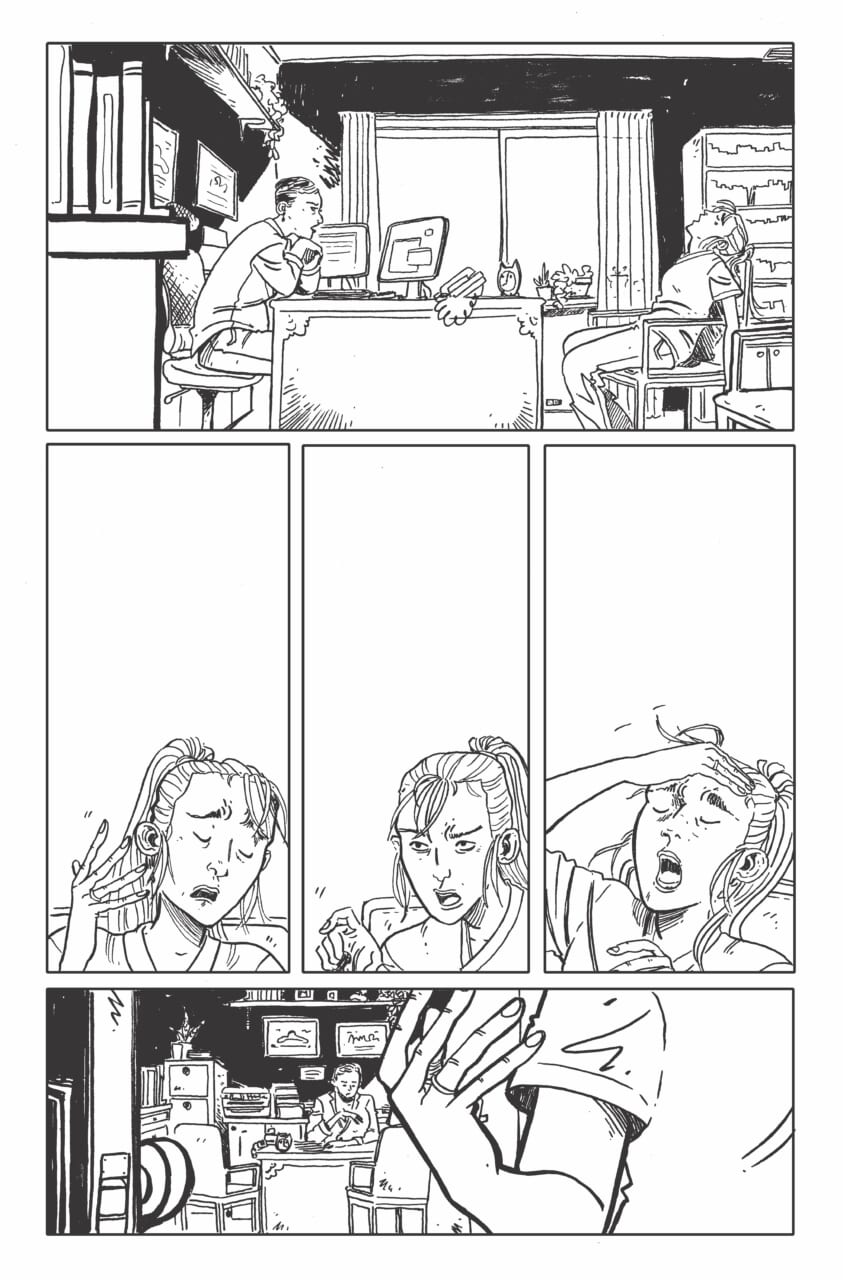 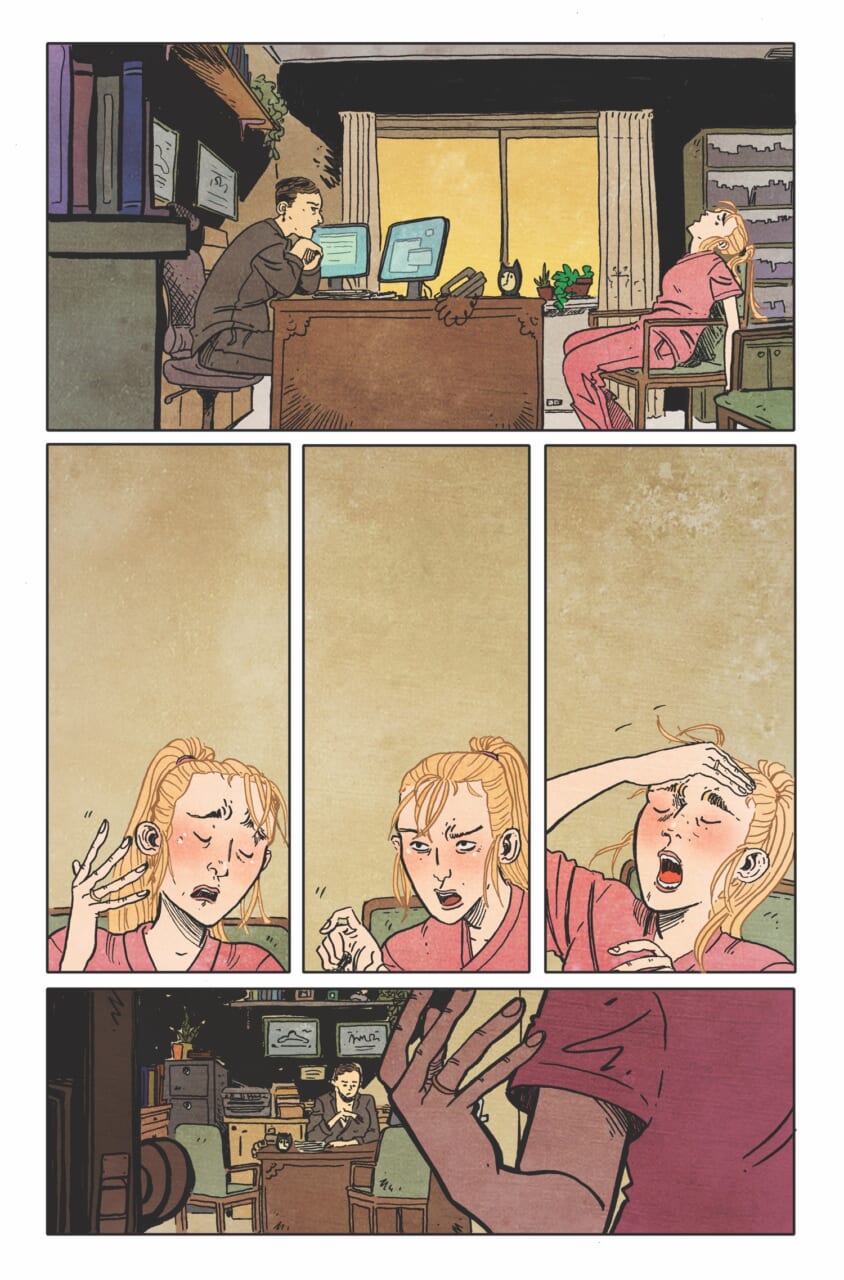 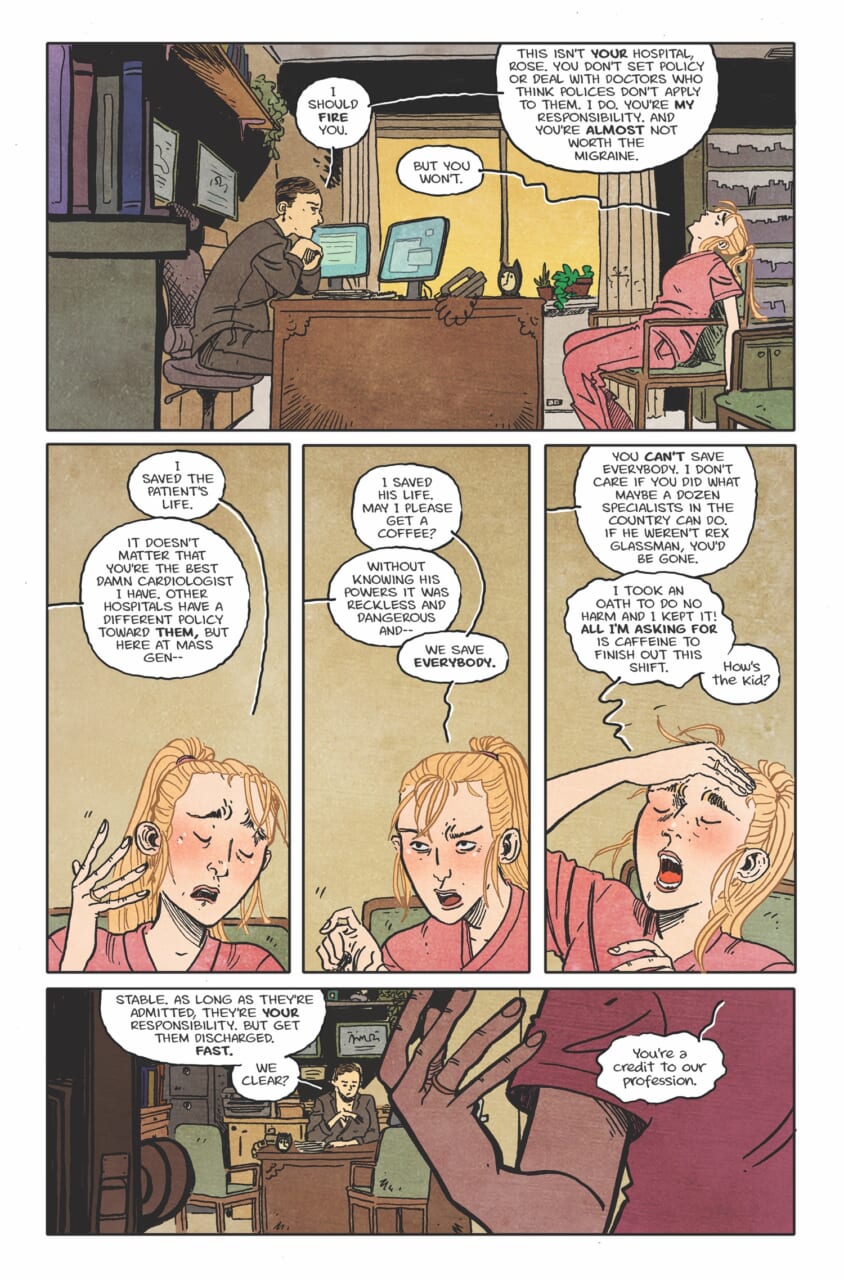