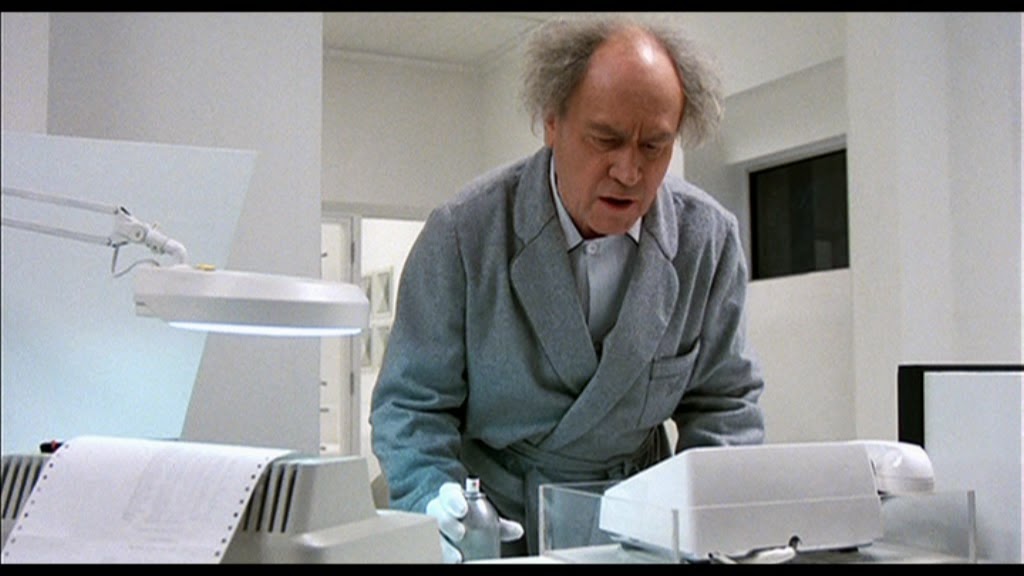 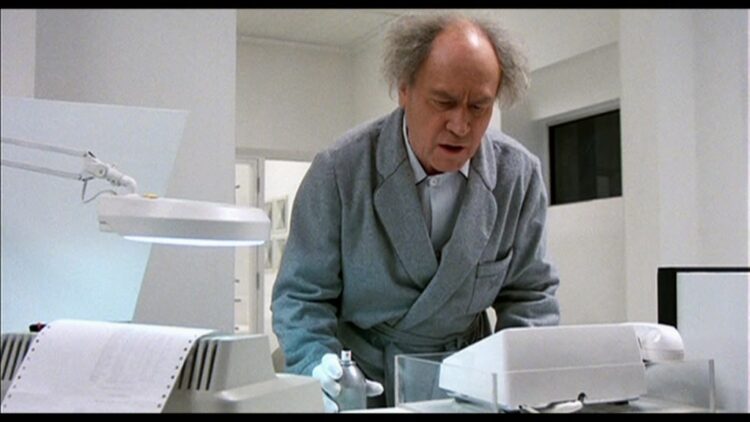 Bugs are innately scary. They not only look just absolutely disgusting, giving everyone a gag reflex like Juno MacGuff, but their presence, true or not, is indicative of filth. Bugs are dirty. Human beings are repulsed and embarrassed by them. No one wants bugs in their home, not even those who scoop them into Pyrex dishes and gently place them outside (a more human alternative to a heavy, steel-toed boot). It’s a perennial fear, too, one dating back to the days of ubiquitous disease and illness. Bugs signified death and plague, creepy crawlies that suggested rot, the end of living things. Bugs were at the end of the spectrum of life, a final passage before people were buried six feet under– the worms crawl in, the worms crawl out. Creepshow, both the original 1982 film directed by genre maestro George Romero and written by Stephen King in his screen debut and the television series, produced by Greg Nicotero and distributed on Shudder, understand this. Both feature some of the ickiest, scariest, and slimiest horror bugs conceived.

“They’re Creeping Up on You,” the final vignette of the 1982 film, and also one written specifically for the screen, is its best. What it lacks in monstrous apes and Adrienne Barbeau, it more than makes up for in sheer revulsion. E.G. Marshall, the President of the United States in Superman II, stars at Upson Pratt, a ruthless business tycoon whose default state appears to be cruelty. His malice knows no bounds, juxtaposed only by his futuristic, austere, and– curiously– hermetically sealed penthouse apartment. Equipped with locks and surveillance cameras, he spends most of his time there, quite literally sequestered from the outside world. There, towering above the proletariat, he delights in the suicide of rivals, accosts his employees, and blithely drinks. He’s blissfully unaware that the only creep in this Creepshow is him.

That is, of course, until the cockroaches show up. He first arms himself with bug spray, incredulous as to how they could have made their way in. The situation worsens, augmented by more and more phone calls from off-screen voices saying what the audience has been thinking the entire time—Pratt is a prat. The cockroaches grow in number, appearing in crevices and cereal boxes, yet Pratt still maintains his unique capacity for cruelty. He curses building managers and handymen, effectively isolating himself from any and all help.

The cockroaches swarm, numbering in the thousands, as Pratt, in a last-ditch effort, locks himself away in his panic room. They breach the panic room, and he is enveloped by the roaches, inducing a fatal heart attack. With plenty of room for one final scare, the bugs then burst from Pratt’s body, pouring out of his mouth and stomach. More than 20,000 cockroaches were loaned to the production, and while the swarm itself, according to FX artist Tom Savini, consisted of nuts and raisins, it’s no less terrifying. 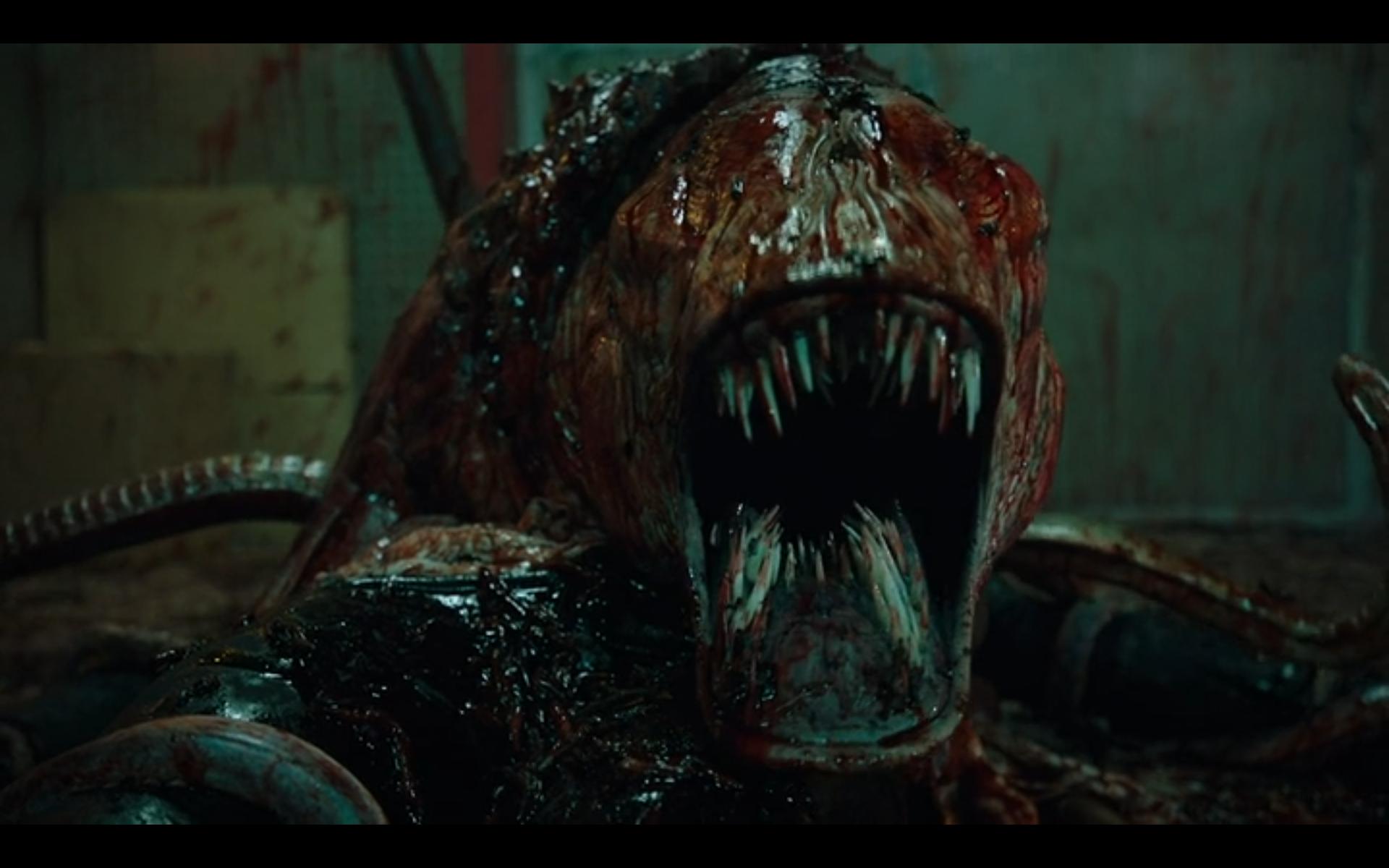 It speaks to the sheer terror of roaches that, even with someone as horrific as Pratt, there are dints of sympathy. It’s a terror similarly matched by the show’s first season episode “Skincrawlers.” In it, Henry Quayle (Dana Gould) agrees to participate in an experiment new weight loss treatment that involves a new species of leech sucking out liquified fat cells from a person’s body. Granted, leeches are invertebrates, not insects, but the de facto terror is still the same. Unfortunately, his procedure is poised to occur concurrently with the solar eclipse.

When the eclipse reaches its peak, the true effects of the procedure are made clear. Larval leeches burst from patients’ bodies. Worse still, Dr. Sloan (Chad Michael Collins), the procedure’s founder, is killed when a large, monstrous leech bursts from his body. Quayle is successful, and even caps the segment with a celebratory candy bar. But the slimy leeches leave a lasting mark.

Also Read: The 20 Most Disturbing Movies Of All Time, According To Reddit

Both the show and movie adroitly exploit ancient fears. No different than the dark, the fear of bugs, invertebrates, or anything small and unknowable is perennial. It’s a once primal fear that precipitated survival and endures despite advances in both technology and understanding. Better still, it emphasizes the success of Creepshow, a film franchise with three entries, with the televised adaption currently in its third season. Fear in the filmic form must escalate. There needs to be a dilemma the narrative builds toward, one that clearly puts a value into conflict with its opposite. Life versus death, security versus insecurity, and many others, onward ad infinitum. The Creepshow franchise knows this. Simple, common fears rendered with grim humor and comic book texture. It soars because of it.

Creepshow consistently delivers. With so many vignettes running the gamut from creepy crawlies to reanimated movie props, there is something for anyone. Like perennial fears, Creepshow endures as one of the best horror anthologies ever conceived. This franchise, like the roaches or leeches, will creep under your skin.