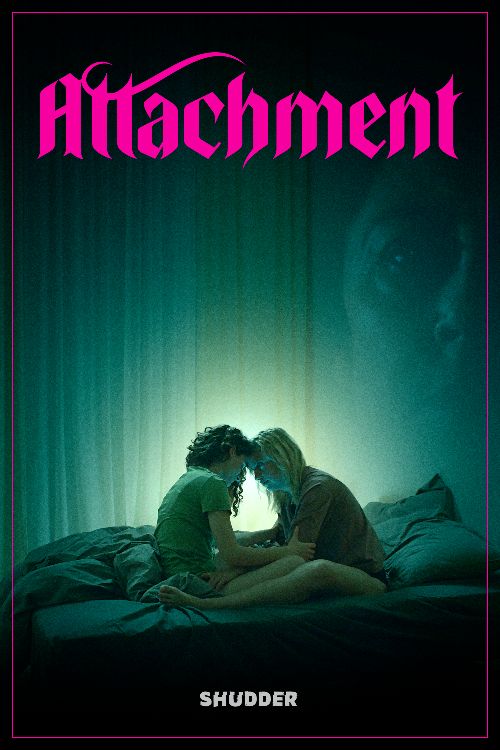 SHUDDER invites you to screen ATTACHMENT, the feature debut from Denmark-based writer/director Gabriel Bier Gislason, a horror romance steeped in Jewish folklore. Maja (Josephine Park, Baby Fever), a Danish has-been actress falls in love with Leah (Ellie Kendrick, Game of Thrones, An Education), an academic from London. After Leah suffers from a mysterious seizure Maja returns with her to her childhood home. There, she meets Leah’s overbearing mother, Chana (internationally acclaimed Danish actress Sofie Gråbøl, The Undoing, The Killing), a woman who could hold dark secrets.

ATTACHMENT world premiered at the 2022 Tribeca Film Festival to great acclaim, and went on to screen at Outfest, Fantastic Fest, and the prestigious London Film Festival. The film is available now on Screeners.com.

ATTACHMENT gives a new twist on the demonic dybbuk sub-genre in horror and pairs it with an unexpectedly campy and comedic flare and sincere, personal script. Written for Josephine Park, Gislason’s longtime friend, and loosely inspired by stories from her life. Set in the Hasidic area of North London, where Gislason lived for years, the film draws heavily on Yiddish folklore art and literature, portraying a highly fictionalized — but deeply affectionate — rendering of the culture that originated them. Award-winning actor David Dencik (No Time to Die, Men & Chicken) stars alongside Park, Kendrick, and Gråbøl, and Thomas Heinesen produces for Nordisk Film Production. The film is supported by the Danish Film Institute’s New Danish Screen in collaboration with Yousee and DR.

‘From Dusk till Dawn’ is The Perfect Action-Horror Mashup