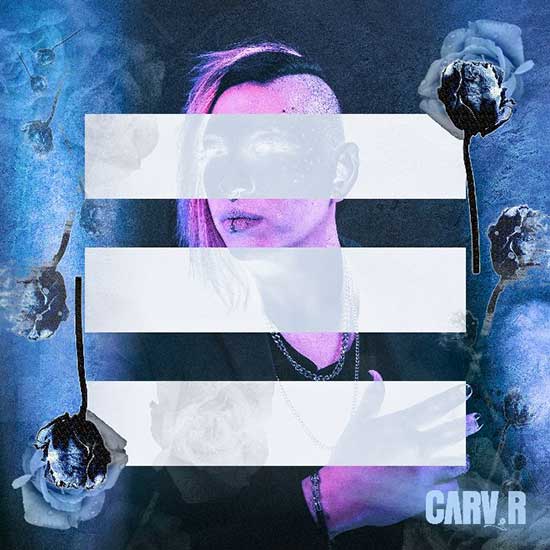 As soon as you hear this track for the first time it feels like you’re taking a step into a city wrapped in neon. The world opens, the glares of the cars blind you, and the energy of the city is buzzing everywhere.

“As my first instrumental I wanted to capture the grit and the feeling of possibility. It leans heavy with dark-synth influences and is a reminder of the moment my project begun to take shape.” – Cristian Carver

This song was created as a blooming celebration of progress and all it takes to make the future attainable.

“Bloom” is available at digital outlets everywhere including Bandcamp.

His first single Erase Me (released October 2020), features the ethereal and jolting vocals of Goo Munday from Sydney, Australia (Negative Gain Productions). Since then, he has produced remixes for artists such as Moris Blak and Llynks, showcasing his capacity to work anywhere in between contrasting genres such as dream pop and industrial bass music.

CARV.R teamed up with MA/LA award-winning vocalist, Casey Desmond back in 2021 to bring you his follow-up single “Struck,” which brings the best of her bewitching vocals and his signature Dark synth-pop production.

His latest single “Bloom” is their first instrumental release. It leans heavy with dark synth influences and it’s a reminder of the moment the project begun to take shape. This song is a blooming celebration of progress and all it takes to make the future attainable.

Interview with Hayson Manning, Author of Bound to the Bodyguard

Quiz: How Well Do You Know Your Covers, Expert Edition

Who Ozzy Osbourne Wants + Doesn’t Want to Play Him