‘Demon Knight’: Why Jada Pinkett Smith Is An Ultimate 90s 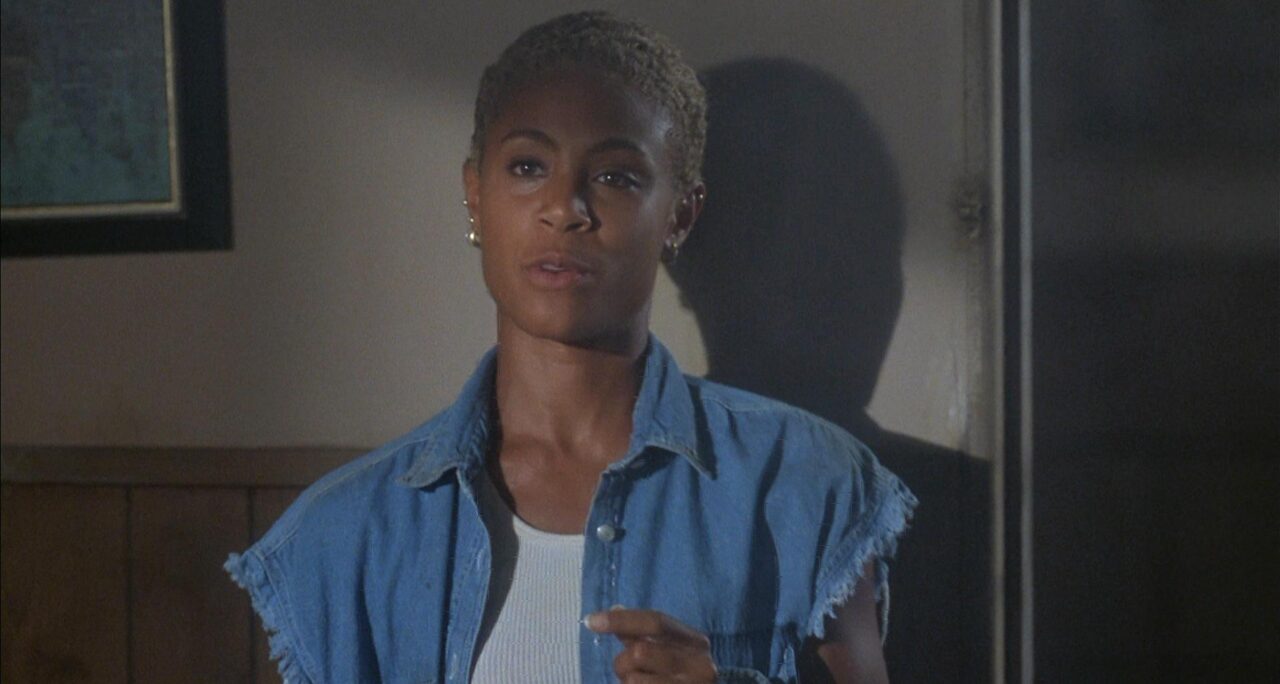 Jeryline is the ultimate ‘Tales From The Crypt’ final girl. 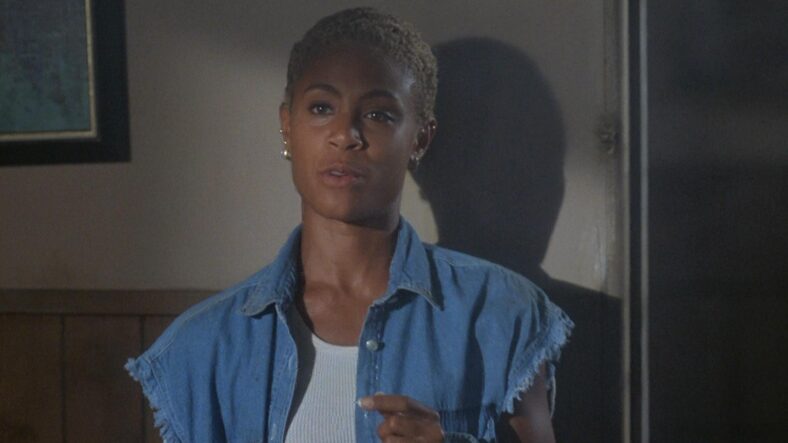 Horror as a genre wouldn’t be the same without final girls. They are the backbone of horror, the characters we usually cheer on, root for, and hope make it out alive. But, there’s still something to be said about the lack of diversity. Historically the majority of final girls we know and love are white, thin, and cishet women. And they aren’t always brave like Nancy Thompson (Heather Langenkamp), bold like Sidney Prescott (Neve Campbell), or a take-no-shit character like Gale Weathers (Courteney Cox). Therefore when a final girl isn’t a white woman, at the very least, it’s quite refreshing. Think of modern final girls like Sam Carpenter (Melissa Barrera), Tara Carpenter (Jenna Ortega), and Mindy Meeks-Martin (Jasmin Savoy Brown) from Scream (2022). All of them contribute to the reinvention of the trope.

In the past Black final girls got even less shine, often ending up as final girls by default like Karla Wilson (Brandy) in I Still Know What You Did Last Summer or Reese Wilson (Loretta Devine) in Urban Legend and Urban Legends: Final Cut. Despite how both of them are more likable than Julie James (Jennifer Love Hewitt), Natalie Simon (Alicia Witt), and Amy Mayfield (Jennifer Morrison), they’re never the focus even though they’re survivors, too. Then, there’s Tales from the Crypt: Demon Knight (1995), a movie that did something a little different. It gave us a resourceful Black final girl, Jeryline (Jada Pinkett Smith).

In Demon Knight, ex-soldier Frank Brayker (William Sadler) is the guardian of an ancient key that can unlock tremendous evil. Sinister but charming Collector (Billy Zane) is a demon who wants the key so he can initiate the apocalypse. On the run from wicked mercenaries for almost 90 years, Brayker finally stops in at a boarding house in New Mexico where — with the help of its quirky residents — he plans to face off against the Collector and his band of ghouls, preventing them from ever seizing the key.

Demon Knight is relatively underrated at this point. But it shouldn’t be. It has an interesting plot, balances the scares and the comedy, has pretty good practical effects, and gives us some memorable characters. Jeryline in particular is the most memorable of the bunch. As soon as she’s introduced in the movie it’s obvious she’s a survivor, somebody who’s been through a lot in her life. She’ll do what she needs to in order to keep surviving. While there isn’t much revealed about her backstory, Jada’s performance gives us enough to understand Jeryline as a character.

She shows vulnerability, strength, and when approached by the Collector, isn’t swayed by his false promises. A lesser final girl would’ve fallen for his charms momentarily at least. Instead, she holds tight and remains loyal to the group, something that enriches her character. She’s not written as a full-blown “strong Black woman” stereotype. She’s allowed to be visibly emotional, scared, courageous, and strong when it’s needed. As the group’s numbers start to drop, it becomes clear if you’re watching for the first time that she’ll likely survive.

After everyone, including Brayker, has died under various circumstances, she’s left to protect the key and essentially the world. It’s a heavy burden to bear, but one she’s quickly prepared to take on. Rather than give up and run for the hills, Jeryline comes up with a last-minute plan. She puts the blood from the key into her mouth and keeps it there. It’s an impressive feat considering the Collector finds her. Once again the Collector tries to make a deal and Jeryline boldly rejects him. Before he can kill her, she spits the blood from the key at the Collector and watches him die.

Jeryline is forced to hit the road with her cat, Cleo, as the new guardian of the key. She boards a bus and seals it as a precaution. Naturally, a new Collector appears but fails to board the bus due to Jeryline sealing the door. After all, Jeryline’s quick thinking is part of what kept her alive throughout Demon Knight. Her character may not be widely recognized or appreciated as a final girl. And folks may not even care about her as much as the other final girls. But she continues to be a great addition to Black horror history and final girl history. And it’s time to give her her flowers.