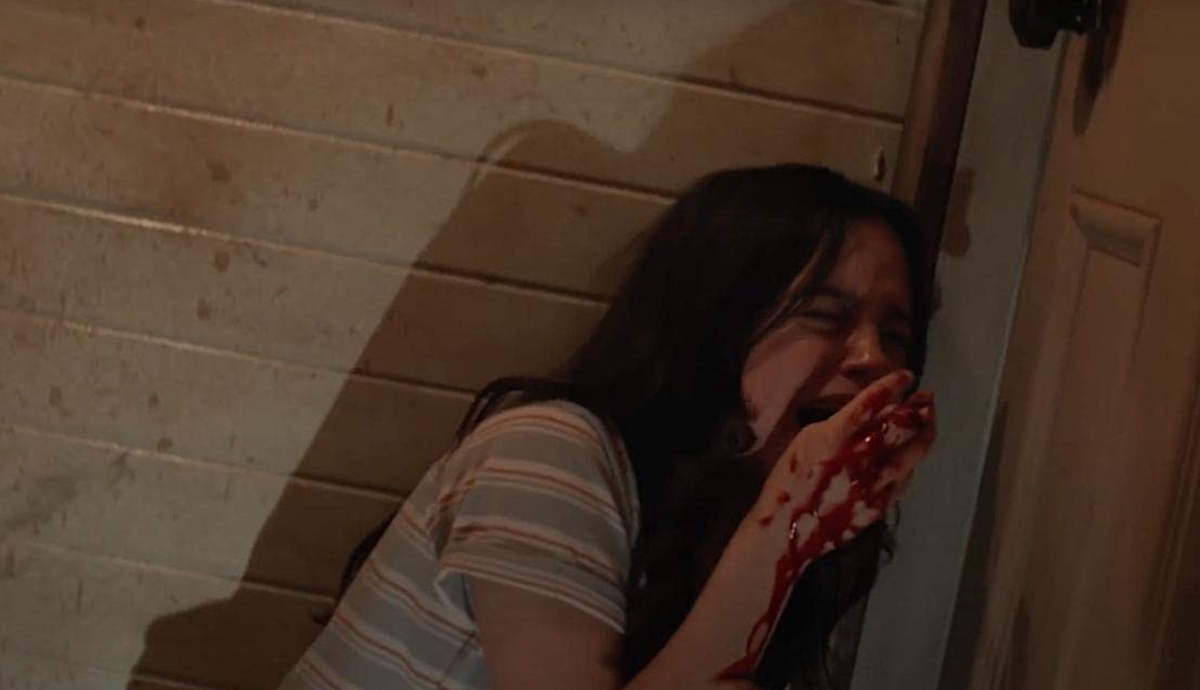 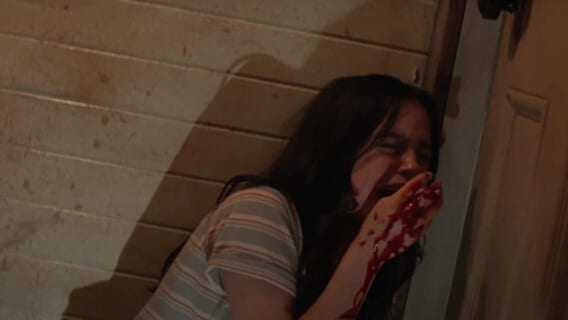 George Romero, the horror maestro and patron saint of the modern zombie, had a favorite phrase: “Stay scared”. In 2022, it was easier than ever to meet that simple demand. If you weren’t in love with the genre before this year, surely, there’s something that came out to entice you. Horror was arguably more diverse and thought-provoking than ever.

Consistently throughout this year, horror outperformed expectations, defied category, and kept us on our toes. For a genre that encompasses the DIY spirit of trash horror, the indie ire of regional horror, and for fans that willingly accept poorly made films, horror in 2022 was expertly crafted. Simply put, the craftsman and artists that made these films came to play this year. 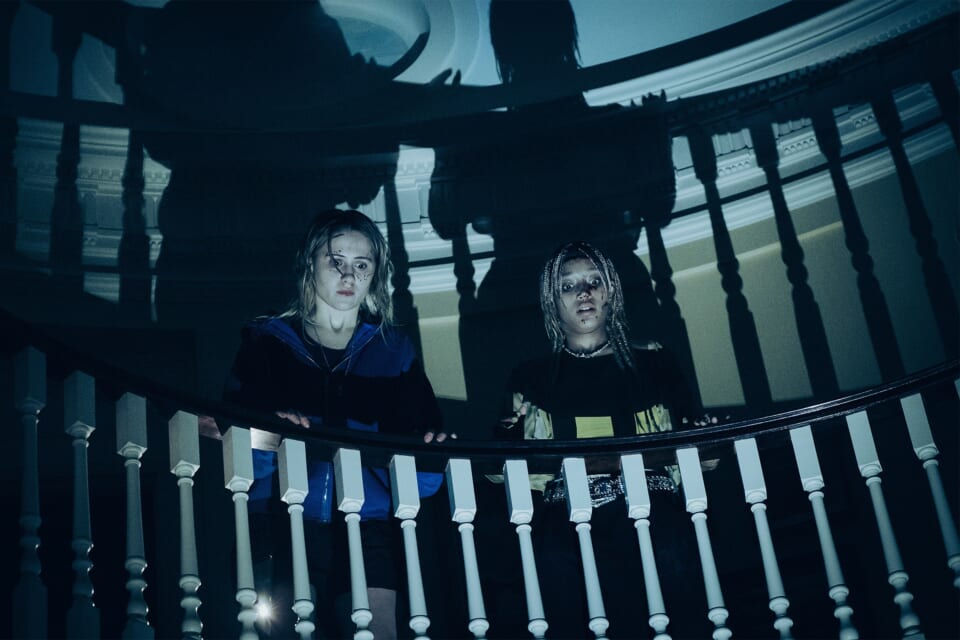 There wasn’t another thriller this year that was elevated to an entirely different level solely based on its cast than Halina Reijn’s Bodies Bodies Bodies. Amandla Stenberg (The Hate U Give) and Maria Bakalova (Borat) find early chemistry as a new couple on their way to a hurricane party at a remote mansion (is there any other kind?) to hang with their shallow, rich kid friends. Rachel Sennott (Shiva Baby) plays a vapid 20-something with a podcast no one listens to; Chase Sui Wonders is the quiet one who probably has something to hide; Myha’la Herrold (Industry) plays an unbalanced jealous type with an axe to grind.

Lee Pace and Pete Davidson are also suckered into a late-night drinking game where things turn deadly fast. Who is the killer? Taken from Dread Central’s SXSW review at the world premiere, “Bodies Bodies Bodies is a detective story without a detective.” 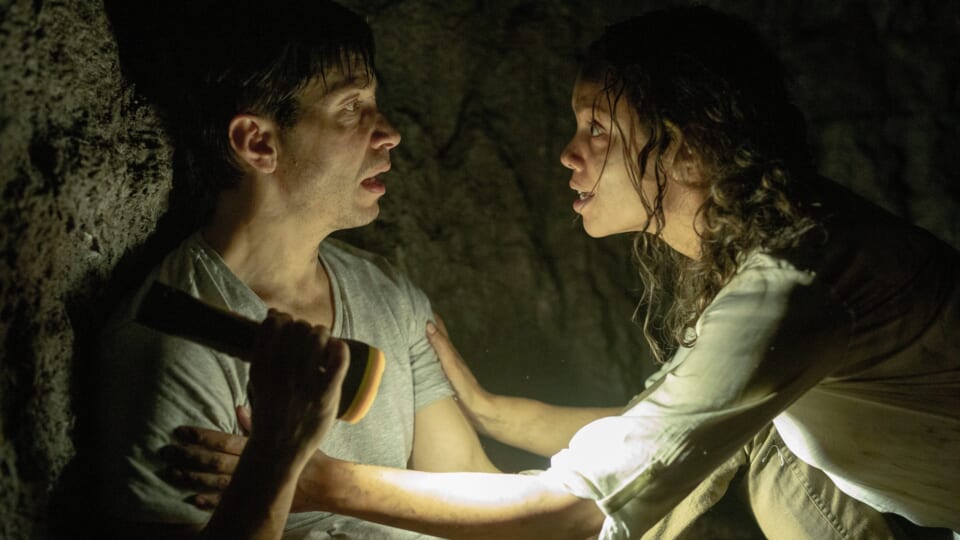 Were there any more twists and turns (literally and figuratively) in a horror movie this year? Writer-director Zach Cregger delivers unexpected depths and a non-linear story structure in Barbarian to conjure up one of the biggest surprises of the year.

Tess (Georgina Campbell) finds herself at an Airbnb in Detroit that’s already been rented. Keith (Bill Skarsgård), the sleepy-eyed occupant, invites her in because it’s dark and they’re in a bad neighborhood. As the story unfolds, it’s revealed just how bad the neighborhood is. Slowly, the labyrinthine house pulls Tess and Keith into unspeakable terrors. Barbarian is a blast, but it would be higher on the list if it didn’t become an unintentional comedy during the climax. 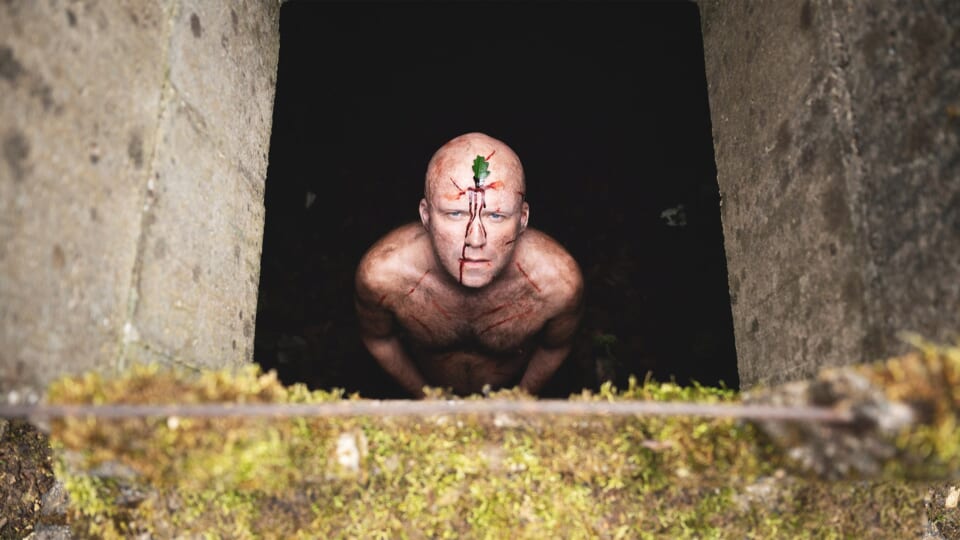 Like most men, Alex Garland’s folk horror experiment is a little bit of a mess. Jessie Buckley, in a strong yet subdued performance, runs up against a bunch of male archetypes all played by Rory Kinnear. In trying to escape a past trauma after her husband jumps off of their roof, Buckley’s character Harper finds herself tormented by the nature of man. Did she conjure up a sinister force all by herself? Or was it always lurking?

Based on Kinnear’s performance(s) alone, Men should have been talked about A LOT more this year. For horror fans, the VFX-heavy finale inspired by The Thing is an absolute show-stopping sequence of transformational body horror. 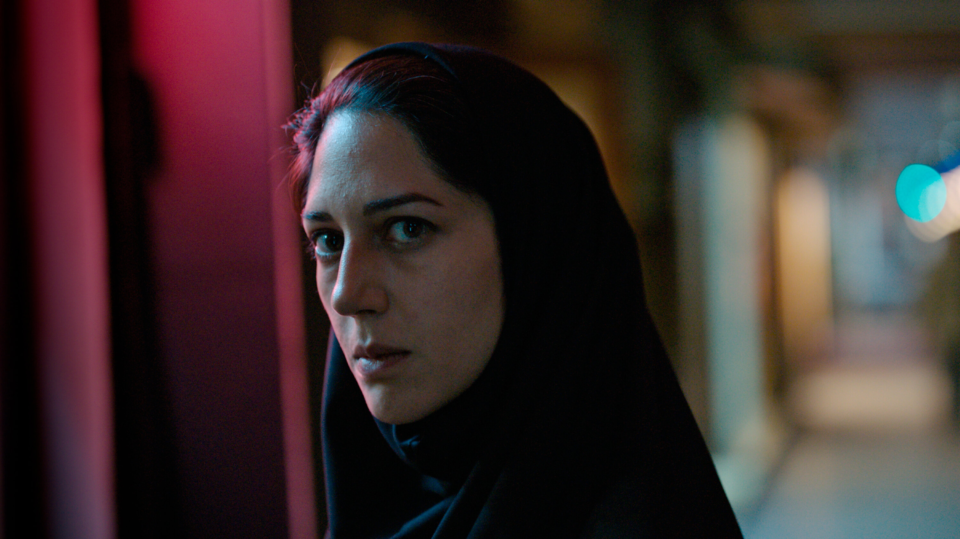 True crime fans may not be aware of serial killer Saeed Hanaei, who murdered at least 16 women in Iran before finally being captured in 2001. Hanaei reportedly thought he would be rewarded by the conservative Islamic culture by providing the service of cleansing the streets of undesirable sex workers. He’s also the inspiration for Ali Abbasi’s latest film Holy Spider.

Zar Amir-Ebrahimi won Best Actress at the Cannes Film Festival for her reserved, heroic performance as a journalist battling the stifling cultural constructs of the political system in Mashhad, Iran. What makes Holy Spider stand out in among the endless parade of serial killer fare is the fact that there’s no central mystery. The suspect kills in plain sight, which is what makes it so disturbing. 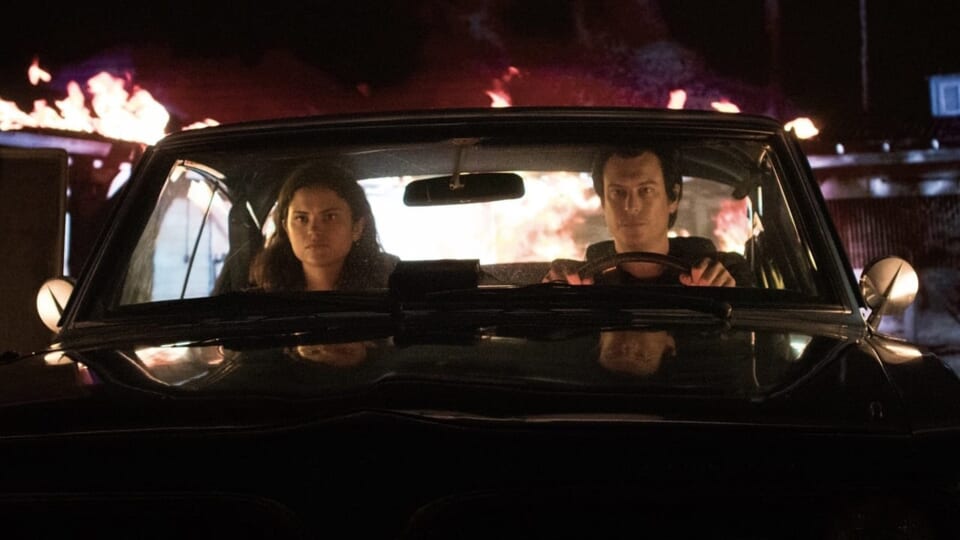 Noah Segan taps into the vein of the wholly American vampire film in Blood Relatives. As a loner vampire content to stay that way forever, Segan’s cool and collected character Francis suddenly has a run-in with his past. Victoria Moroles plays his long-lost teenage daughter Jane who shows up to cramp his style. The encounter forces Frances to go from a stoic rogue to a bloodsucker in danger of getting a dad bod.

The chemistry is undeniable and electric between them as they traverse the backroads of the countryside. Blood Relatives is a classic road trip movie that channels the desolation of Near Dark with the rebellious spirit of Easy Rider.

5. Crimes of the Future 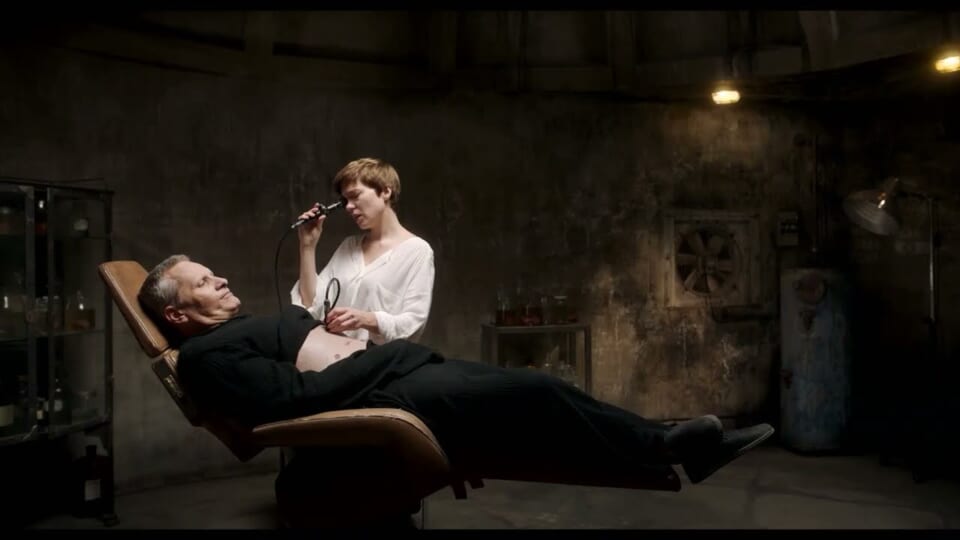 Cronenberg returns to the body horror subgenre he created to deliver a late-period near masterpiece with Crimes of the Future. Elements from Crash and Videodrome coalesce to create a future world where pain doesn’t exist. As a result, pleasure is harder to achieve, causing a general malaise of boredom to sweep across society. Viggo Mortensen, as performance artist Saul Tenser, has the ability to grow unnecessary organs which he surgically removes as a disturbing form of entertainment. Tenser enjoys the benefits of celebrity, enjoying the constant attention of a doting Léa Seydoux and a fawning Kristen Stewart.

Crimes of the Future gets sexier and funnier with a second watch, and adds a deeper layer to Cronenberg’s entire filmography. It still stands on its own as a sexy, futuristic, penetrative film that proves Cronenberg is still at the forefront of avant-garde experimentation. 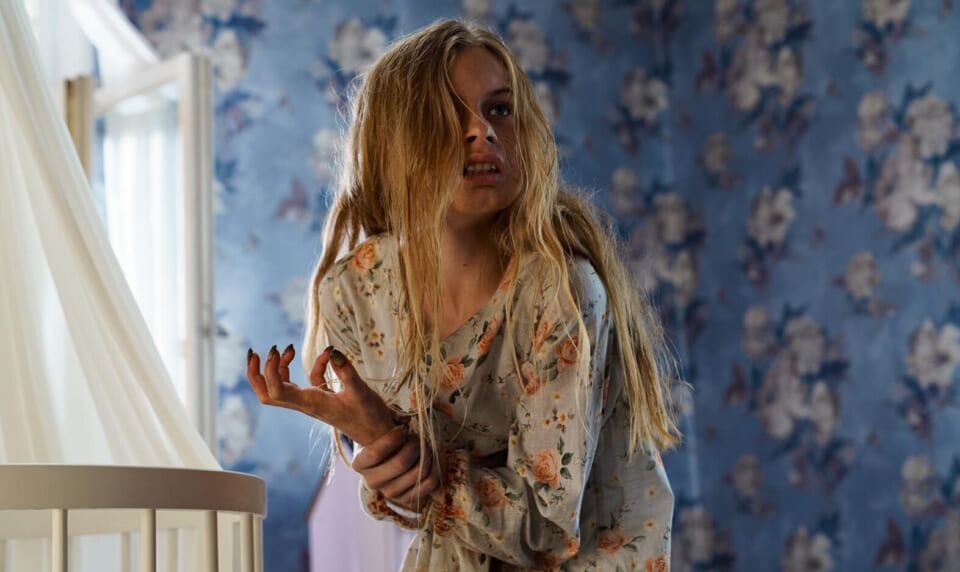 The Finnish creature feature Hatching is a dark fairy tale mixed with a family drama. Thoughtfully directed by Hanna Bergholm, a seemingly picture-perfect home life becomes stifling for Alli (Siiri Solalinna), the teenage daughter of an overbearing mother (Sophia Heikkilä). Alli finds a mysterious egg in the forest and begins to take care of it as it grows…and grow…and then…hatches. A mangled birdlike creature emerges that acts as Alli’s protector. The two grow closer until they form a very unhealthy co-dependent relationship. Hatching takes the deep connection seen between Elliott and E.T. in Spielberg’s ’80s blockbuster and uses it as a template for a fully realized, strangely poetic horror film. 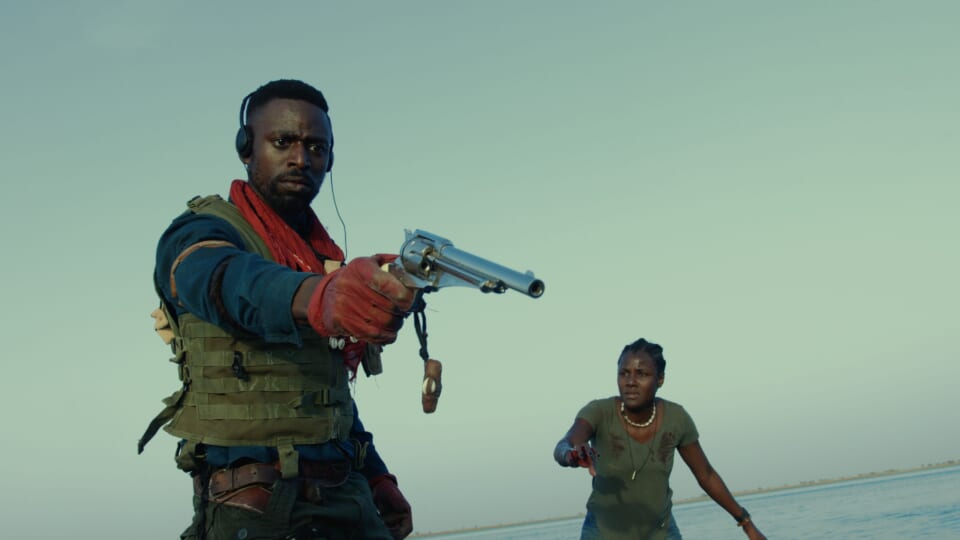 Jean Luc Herbulot’s genre mashup could work wonderfully as a procedural crime series on all its own. Set during the Guinea-Bissau coup d’état of 2003, this Senegalese surprise horror film follows a group of mercenaries laying low while escorting a known drug dealer to safety. Chaka (Yann Gael), Rafa (Roger Sallah), and Minuit (Mentor Ba) are total badasses in Saloum, until their cover is blown and a mysterious force awakens that they can’t fight in traditional terms.

Saloum is the perfect example of getting two movies in one. Right when you think you know where it’s going, all hell breaks loose. 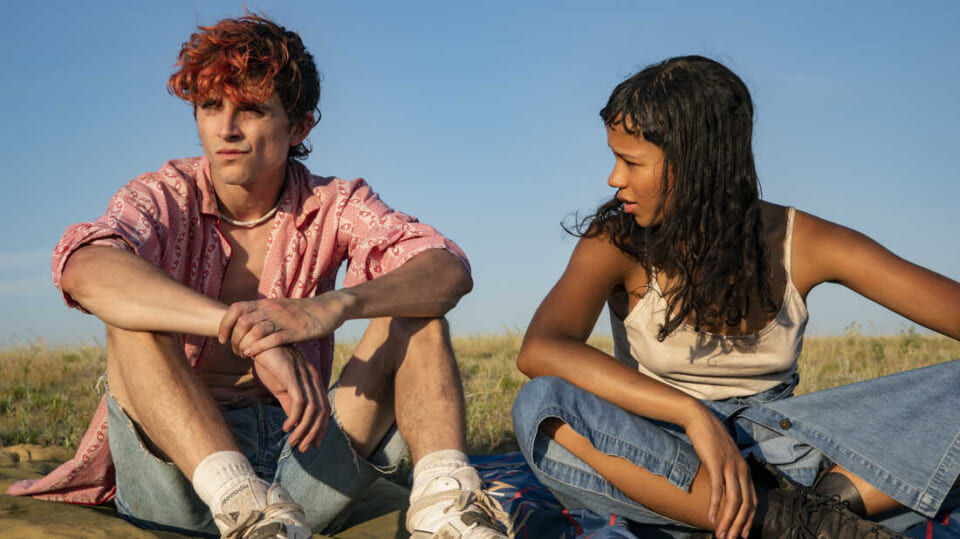 Bones and All feels like a film that came from the same director that made Call Me By Your Name and Suspiria. Luca Guadagnigno has proven that he’s a master of the craft, and the story of two runaways cursed with an insatiable hunger plays to the director’s strengths beautifully.

Known as Eaters (NOT cannibals), Maren (Taylor Russell) and Lee (Timothée Chalamet) find each other on the road to nowhere. They encounter strange characters on their travels, introduced in a classic road trip structure. The search to locate more of their kind just makes them both gravitate toward each other even more. They don’t need anyone and eventually consume each other, bones and all. This is one of the most striking films of the year. It’s underseen and deserves your attention. 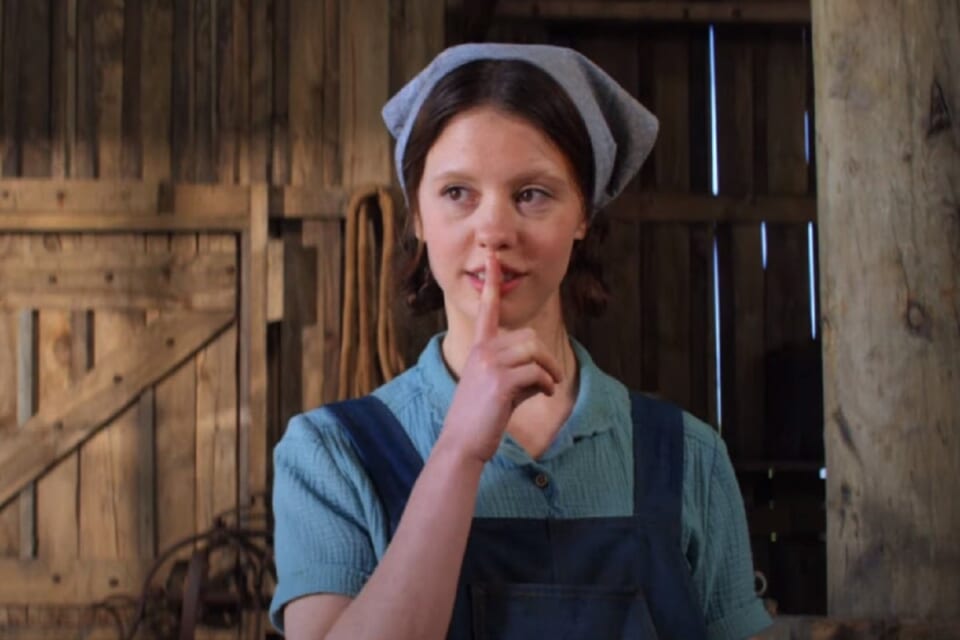 After going back and watching Ti West’s X after watching Pearl, the two films are permanently linked. Set against the backdrop of World War I, Pearl serves as a prequel that buttresses and enhances the events and themes of X, without encroaching on its ’70s vibe. When the third film, MaXXXine, comes out, all three films will most likely converge into one long epic. Mia Goth gives two of the best performances of the year. If horror ever deserved some awards attention, it’s now.

Horror Game Where You Fall Into An Infinite Meat Hole