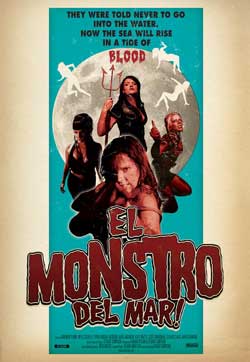 They were told to never go into the water. Now the sea will rise in a tide of blood. Three gorgeous but dangerous vixens take over a small beach side town. But there’s something very strange about this place. An ancient evil lurks in the great depths of the sea…and the girls have unwittingly pissed it off. Let the blood bath ensue…..

“El Monstro Del Mar!”, The name itself sounds like something out of the 70’s. From one look at this Stuart Simpson film release, you’d wouldn’t think otherwise. Straight from the inspiration of classic exploitation films such as “Faster, Pussycat! Kill! Kill!”, lands this “new” film that resembles genre movies made 45 years ago. Funny enough, the film itself turns from a 60’s black and white into a 70’s muted tone within the inclusion of its first act. 3 classic beauty and sexy assassin types Beretta (Nelli Scarlet), Snowball (Kate Watts), Blondie (Karli Madden) are having a blast as they slash throats, indulge and make off with alot of money per a cross country journey. Their violent streaks are uncompromising while their appearance falls somewhere between “suicide girls” sexiness and Betty Boop classical. 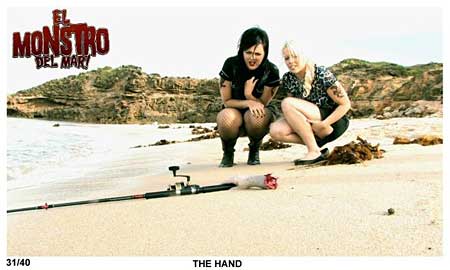 “El Monstro Del Mar!” begins as this deadly trio slashes a few local boys before heading off to a quiet sea town. The town which has stated quiet up till now provides a perfect fishing community setting for the locals. Ol’ Joseph (Norman Yamm) has seen his share of tragedy as he warns the newcomer trio to stay clear of the waters. It’s soon very clear that he knows more than he should about what lurks beneath the oceans depths. Beretta, Snowball, and Blondie ignore any heeds choosing to party it up in one of the rentals while taking the occasional nightly swim. Local girl Hannah (Kyrie Capri) has lived in these parts for way too long due to her parents deaths at an early age. She resides with her somewhat senile uncle Joe, but is enticed by the girls invitation to enjoy life a bit more that these quiet parts have given over the years. 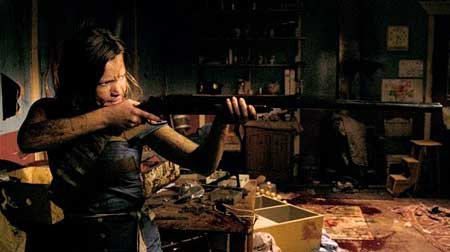 Not too long after Joe voices his concern does the appearance of body parts start to float onto shore. Some of the locals have gone missing and are turning up as bits and pieces, a product of what awaits in the night.

“El Monstro Del Mar!” lays its foundation around a sea creature, more specifically the Kraken. The shots used in this film are noticeably inspired by the works of such directors as Roger Corman with its use of cheesy props, shot in clever ways. This aspect is a strength to the production which might have suffered if overdone with 21th century practical effects. The confrontation shots work extremely well using real props with a bit of green screen. The look and feel of the film bring all the elements together wrapped in an impressive editing job. 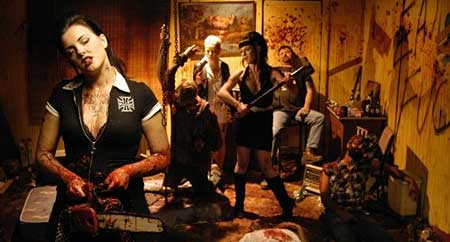 Make no mistake with “El Monstro Del Mar!”, as while a film like the silliness of “Attack of the Giant Leeches” might be too Mystery Science Theatre for some viewers, El Monstro Del Mar! is quite bloody, gory and gruesome. This weighing of approach and delivery is really well done making this a perfect match for fans of this hybrid style. 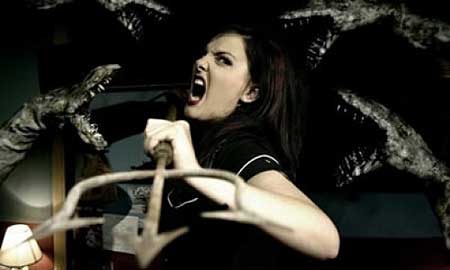 Tonality, framing and composition are held together with a love for the classics. In fact it’s so authentic that I was soon wondering why I’d never seen this film before in y earlier days. It’s the kind of stuff that Tarantino would stick a production label on and call it his own. Though Stuart Simpson doesn’t need Quentin’s approval as this product works just as it is. Lastly if you didn’t catch this in the credits, El Monstro Del Mar!” is an Australian shot film. This Australian influence and use of actors adds that final straw of cinematic conditioning perfect for what the film achieves. 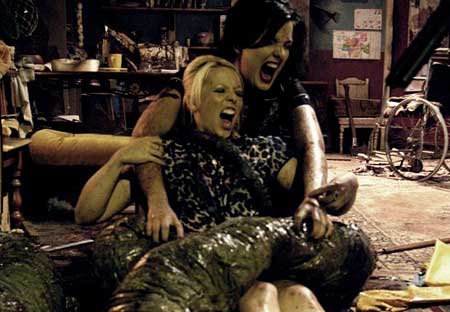 My only regret here is that the review screener didn’t have any extras which would have made for an interesting collection of bits to check out. 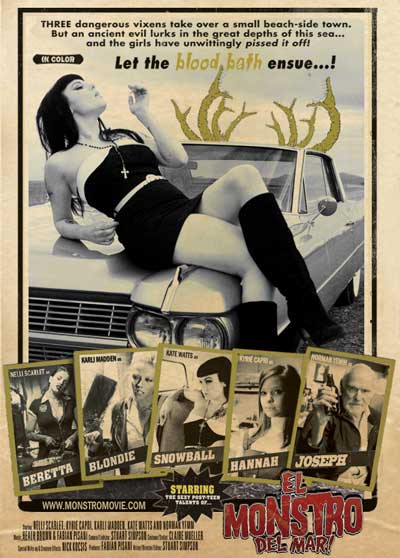 Campy bad ass goodness around every corner with more sex appeal and drive than a collection of “Kill bill” films!….If you didn’t guess already, I simply loved this movie!