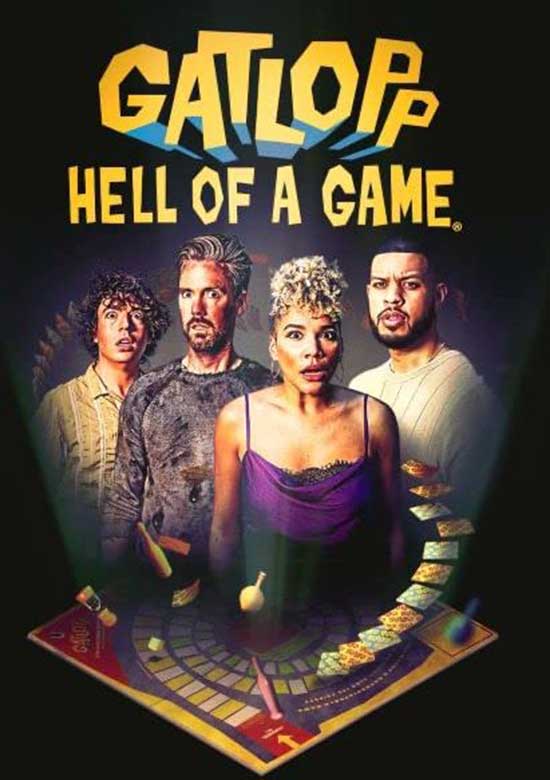 A group of friends play a supernatural board game that requires them to finish the game by the next morning or they will be stuck playing it in Hell for all of eternity.

I thought that Gatlopp sounded like it might be a fun little movie when I first heard about it, and I was eager to check it out. The premise sounded interesting to me as it sounded like a horror/comedy version of Jumanji (which I have always thought was underrated in its own way), and I can say that after seeing it I had a blast with it and thought that it was just a pretty decent little movie in general that was just loads of fun. 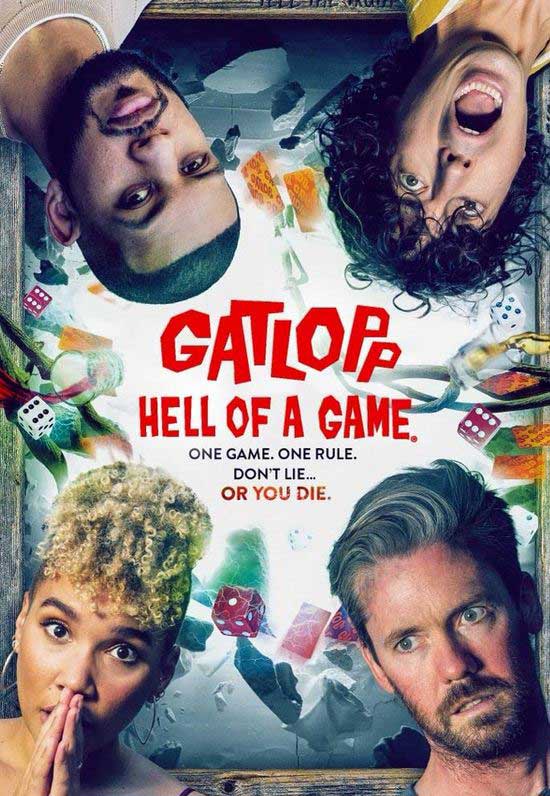 The movie boasts and interesting and entertaining premise. We have a group of friends-who haven’t seen each other for a while-who get together to get drunk and just have fun in general. They run across a mysterious board game and decide to play it, unaware that it isn’t quite what it seems and there is one Hell of a price to pay (pun intended) if they don’t successfully complete it by the morning. Sounds a lot of Jumanji, doesn’t it? In a way it is quite like that film, but at the same time it is unique enough to stand out on its own and is a nice little horror/comedy nod to that movie.

One of the biggest strengths of the film is the characters. Main character Paul (Jim Mahoney) is a likable character, and you can’t help but root for him throughout the movie. He’s recently found out that his wife is cheating on him and is in the process of getting a divorce and needs a place to stay, so he decides to bunk with his pal Cliff (effectively played by Jon Bass) until he gets his life in order. Both characters are extremely likable, as are the other characters Sam and Troy, and you just want them to survive the predicament that they are in and make it through the night so see another day. The cast does a wonderful job brining their respective characters to life and they all play off each other well. You can tell that they all had a wonderful time working together and as a result their chemistry is awesome. It’s important that you care about the characters in a movie, and that is the case here as everyone does a fine job and the four main characters come off as people you would want to hang out with and party with until dawn. 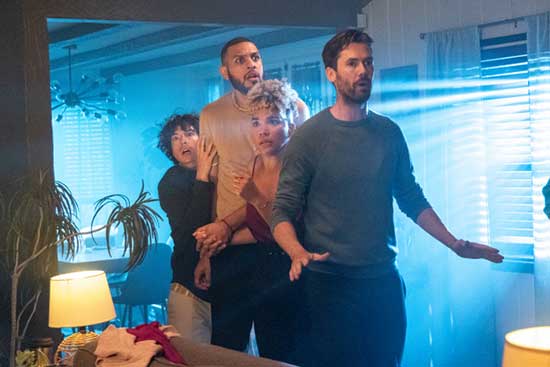 I usually don’t get into horror comedies, but this movie is the exception. In a lot of ways, it remined me of a Joe Dante movie because it’s quirky and fun and most of the jokes land for the most part. One of the best scenes for me is when Cliff summons an old girlfriend at one point and what he says to her had me in stiches. The humor works here because it doesn’t just rely on constant gross out or dick and fart jokes, and there were several times that the movie made me legit chuckle, which isn’t an easy thing to do because I have a weird sense of humor.

On the downside, I wish that there had been a little more horror involved. I get that it’s a horror comedy, but I think that it would have benefitted from a little more horror. Like I said, I get that it isn’t a full-blown horror film and isn’t supposed to be so scary that it creeps you out to the point that you have trouble sleeping after you watch it, but at times it relies a little too much on laughs and I would have preferred there be some more scares instead. Still, I enjoyed it for what it was and think that anyone that is into horror comedies will feel the same way even though you will spend more time laughing as you watch it as opposed to covering your eyes in terror.

I really enjoyed Gatlopp and had a fun time watching it. I can honestly say that it is a winner, and though it may not be for every taste I think that there is something about it that will appeal to almost everyone. Give it a shot if you’re in the mood for something fun and a little different, you won’t be let down.

Watch Death Cab for Cutie Perform “Here to Forever” on