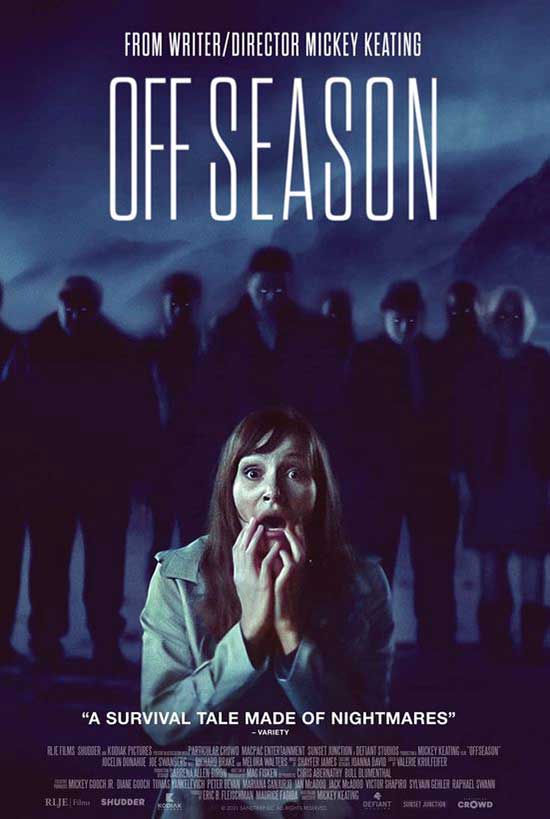 Upon receiving a mysterious letter that her mother’s grave site has been vandalized, Marie quickly returns to the isolated offshore island where her late mother is buried. When she arrives, she discovers that the island is closing for the offseason with the bridges raised until Spring, leaving her stranded. One strange interaction with the local townspeople after another, Marie soon realizes that something is not quite right in this small town. She must unveil the mystery behind her mother’s troubled past in order to make it out alive.

The film opens with Ava Aldrich portrayed by Melora Walters. Ava’s talking about embracing nightmares and the darkness.

Marie Aldrich (Jocelin Donahue) and her husband George (Joe Swanberg) are heading to an island, they must get to the island because Marie’s mothers grave has been vandalized. Marie and George are greeted by Richard Brake’s bridge/gate keeper character. 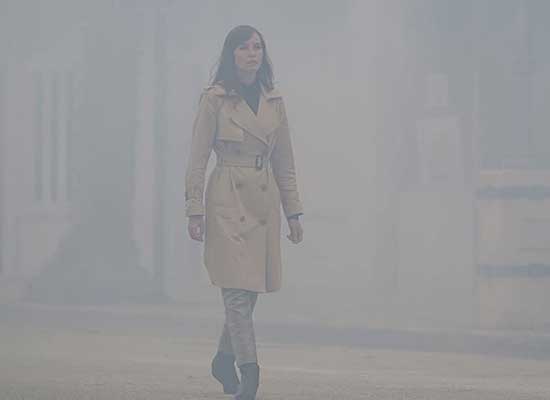 The bridge man allows Marie and George to pass and go to the island. The eerie music and close driving shots are intense. Marie and her husband George arrive at the cemetery and Marie sees her mother’s tombstone desecrated. Marie meets Miss Emily (April Linscott), and the island is creepy and desolate.

Marie’s conversation with Miss Emily doesn’t go too well. Chapter 2, what a beautiful layout for this film. So, Marie meets a few more of the locals. She’s also seeing people. Maybe their there? Maybe they aren’t there? Marie is flabbergasted, this island seems to do stuff to people. I’m sensing a deal with the devil or selling a soul or two?

Okay, back to Marie meeting the locals. Marie and George head into the local bar. The locals aren’t too thrilled. This is like a nightmare mixed in with a dream that you’re not sure if it’s a nightmare or a dream?! I love that the music isn’t always sinister and worrying music, it’s this relaxed, almost happy music. 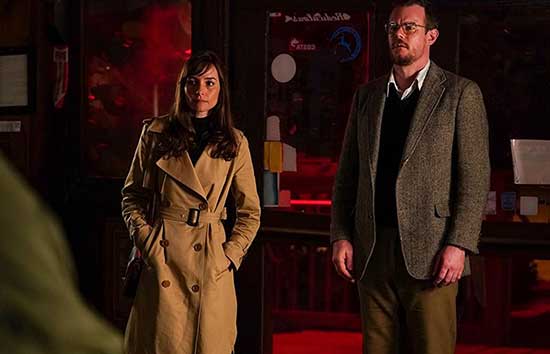 Marie starts to talk about her mother and why she didn’t want to be buried on this island. George is NOT thrilled, he also zoned out for what seemed like forever. I appreciate the unknown, not knowing one hundred percent that it’s a monster or a certain person.

So, they are trapped on this island. Jocelin Donahue has already been in some great horror films, including Doctor Sleep, Insidious Chapter 2, and The House of the Devil. She also some how looks like Melora Walters (Magnolia, Dead Poets Society, WiseGirls, The Pale Door). Melora Walters did an incredible job in The Pale Door, it was directed by Aaron B. Koontz. It was a great film. Witches and the wild, wild west. 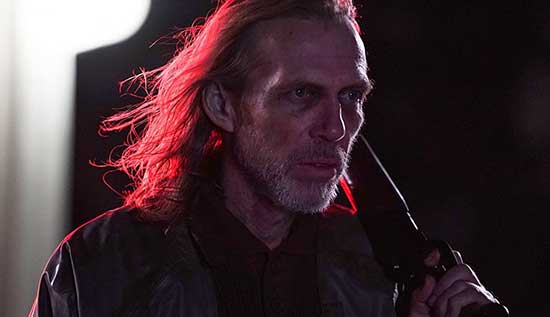 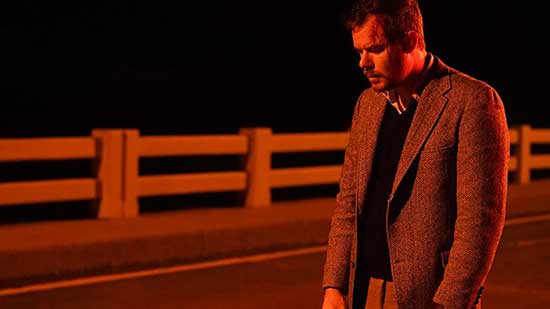 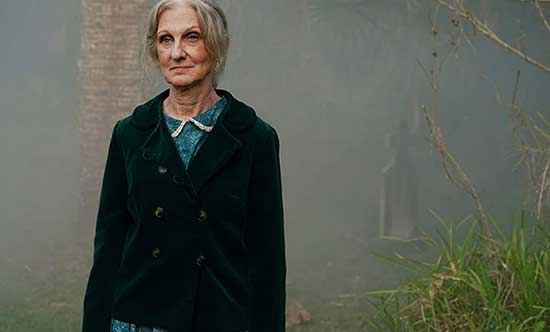 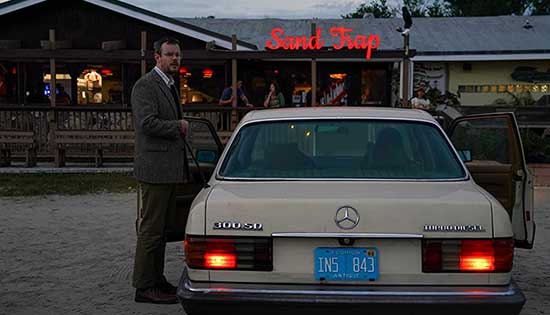 Joe Swanberg also starred in You’re Next, V/H/S, and Joe’s a writer and producer. He brings depth to his character George. He’s caring but also sort of sick of bullshit. This is nerve wracking. The cast is great, everyone has been in such a variety of films and television shows.

Well, Marie and George are stuck, stuck on the island. What a beautiful scene on the bridge, it’s dark and gloomy. Miss Emily shows up again and Marie needs help. This gets creepier and creepier. There is something in all of us that wants to survive. We may be okay, we may have gone through hell but when you fight, at least youre fighting. You can be knocked down and life will kick the shit out of you but if you keep getting back up. That matters.

OffSeason is a good film. It has that fight, Marie isn’t a victim, she doesn’t hesitate, she is a fighter, a survivor, she wants the truth. I would recommend watching OffSeason.

Make sure to check out OFFSEASON

19 “She-Hulk” Details From Episode 1 That Are Small And