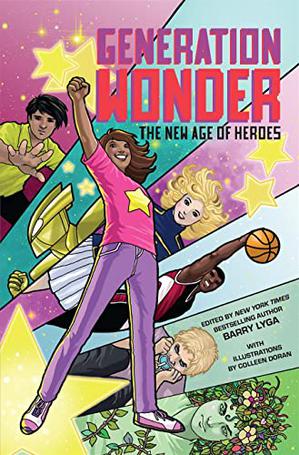 Adolescent criminals seek the haul of a lifetime in a fantasyland at the beginning of its industrial age.

The dangerous city of Ketterdam is governed by the Merchant Council, but in reality, large sectors of the city are given over to gangs who run the gambling dens and brothels. The underworld’s rising star is 17-year-old Kaz Brekker, known as Dirtyhands for his brutal amorality. Kaz walks with chronic pain from an old injury, but that doesn’t stop him from utterly destroying any rivals. When a councilman offers him an unimaginable reward to rescue a kidnapped foreign chemist—30 million kruge!—Kaz knows just the team he needs to assemble. There’s Inej, an itinerant acrobat captured by slavers and sold to a brothel, now a spy for Kaz; the Grisha Nina, with the magical ability to calm and heal; Matthias the zealot, hunter of Grishas and caught in a hopeless spiral of love and vengeance with Nina; Wylan, the privileged boy with an engineer’s skills; and Jesper, a sharpshooter who keeps flirting with Wylan. Bardugo broadens the universe she created in the Grisha Trilogy, sending her protagonists around countries that resemble post-Renaissance northern Europe, where technology develops in concert with the magic that’s both coveted and despised. It’s a highly successful venture, leaving enough open questions to cause readers to eagerly await Volume 2.

Cracking page-turner with a multiethnic band of misfits with differing sexual orientations who satisfyingly, believably jell into a family . (Fantasy. 14 & up)