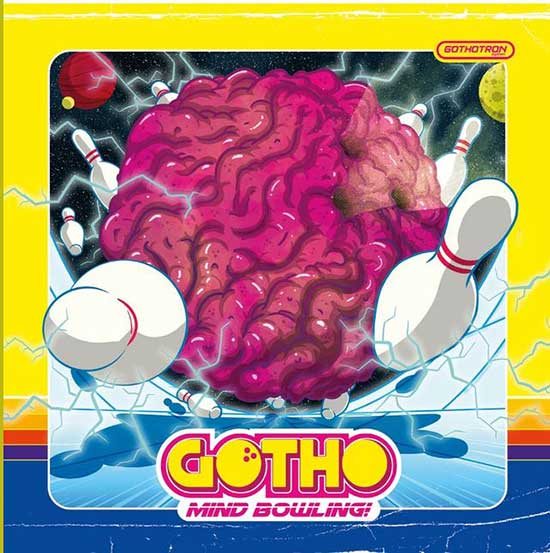 GOTHO‘s sound is influenced by math and progressive rock, mangled with elements of metal, and more. The project released its sardonic debut single “Gatta De Blanc” in the summer of 2020 to critical acclaim, while the duo – Fabio Cuomo (ELDER, LIQUIDO DI MORTE) on synths and Andrea Peracchia (TONS, DOGS FOR BREAKFAST) on drums – was already leaning heavily into the creation of new material, which delves even further into the realms of experimentation.

If the single was a mind-bending acid trip, GOTHO‘s debut album is the subsequent and sobering descent into lunacy.

GOTHO is a band that has relied on improvisation to deliver their message in the most sardonic and unpredictable way possible, but conversely, they’ve taken their time to reach the point they’re now at, on the precipice of releasing “Mindbowling”. World events forced a creative exploit which granted them the right mindset to focus on crafting their latest studio effort.

The album is a studio live recording without any overdub: all tracks evoke chasms, wonder and dread like a feeling of falling. The first single, “Ilary Blastbeat”, is now available HERE.