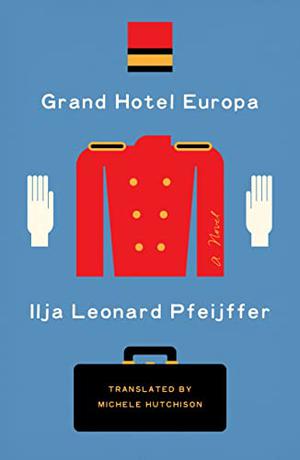 A run-down European hotel, now being restored by its new Chinese owner, becomes the temporary home of a Dutch writer recording memories of “love in times of mass tourism.”

Prolific Dutch poet, playwright, essayist, and novelist Pfeijffer delivers an epic new work featuring Leonard Pfeijffer, “an esteemed and popular writer,” who offers an account of his time with Clio, “the love of my life [who] isn’t my love any more.” Recollections of this intense, lusty Italian affair form a plotline that is sandwiched between the additional meat of the book—a disquisition on Europe, its history, significance, and decline under assault from tourists. Clio is an art historian whose work lends perspective to the view that Europe’s greatness is all in its past. The fictional Pfeijffer is writing a novel on the subject of tourism, setting up a hall of mirrors concerning fact and fiction. But the insistent, multifaceted focus on the continent and its identity, and the meanings and truths to be found therein—financial, philosophical, political, creative, and more—merge into a relentless drumbeat of a message, with every subtopic, whether Clio’s interest in a lost Caravaggio or visits made to Malta, Genoa, Amsterdam, or Abu Dhabi, expanding on or threading back to the thesis. Europe is in the business of selling its past to tourists, a “barbarian invasion” that is wringing “the neck of three thousand years of European culture”; “You could describe the history of Europe as a history of longing for history”; “Europe has become a prisoner of its own past”; and so on. Meanwhile, the eponymous, once-magnificent hotel rolls forward as a metaphor for all of the above, with its aging European clientele; its refugee bellboy, Abdul (representing the immediacy and potential of immigration); and its new owner applying fresh, globally inspired layers of profitable nostalgia. Pfeijffer’s voice is variously comic, tragic, knowledgeable, inspired, and obsessive as he rides his hobbyhorse of a subject to a forced but characteristically elegant conclusion.

The love story takes second place to an operatic, chest-beating, stylish, but overstated exploration of place and perspective.

‘Prey’: The Meaning of the Pistol