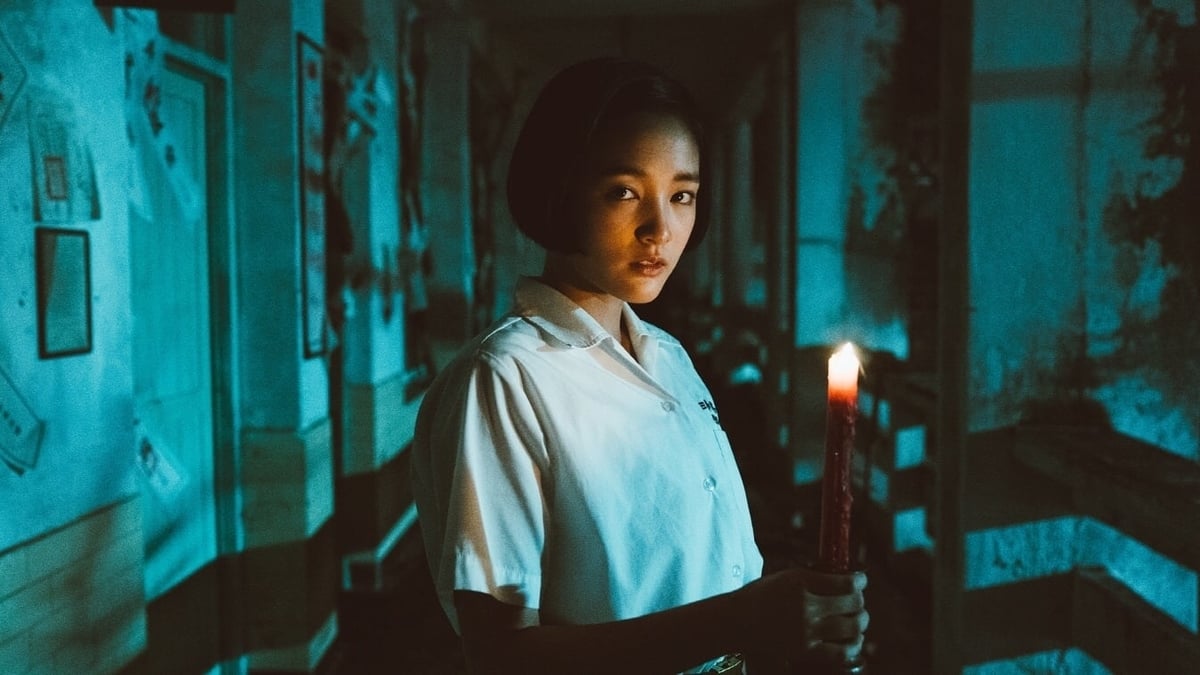 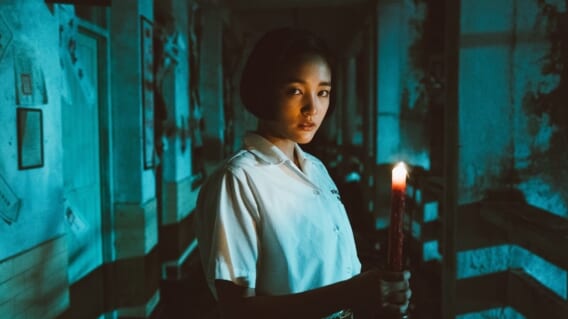 Since its release in 2006, Christophe Gans’ Silent Hill has stood as the video game industry’s best contribution to the horror genre. With a visual ambition mirrored by its narrative frustrations, Silent Hill seemingly demonstrated the creative limitations inherent in any attempt at adaptation. And this statement might still be valid if not for John Hsu’s Detention. This ghostly masterpiece seems destined to reshape the listicle landscape with just a bit more exposure.

Granted, Detention is an easy title to overlook. As a Taiwanese film based on a Taiwanese video game, the audience for the film is significantly smaller than that of Uncharted or Sonic the Hedgehog. The movie also suffers from a chaotic post-pandemic release schedule. It quietly stepped into the video-on-demand wasteland in 2021 before finding a more welcoming home on Shudder. But the tragedy here is not that director Hsu’s film belongs on any list of video game adaptations; it is that Detention is, by any meaningful evaluation, quite easily the best video game adaptation of all time.

In both game and film, we meet Fang Ray-shin (Gingle Wang) and Wei Chung-ting (Tseng Ching-hua), a pair of high school students who find themselves trapped in a distorted version of the school. As both teenagers explore their school, they begin to fill in the gaps of the last few days: how Fang was shattered with grief after her relationship with charismatic young teacher Mr. Chang (Fu Meng-po) ended, and how Wei’s subversive book club had come under the scrutiny of the school administration. Soon, the students realize that the nightmarish conjurings around them are a hell of their own creation. It’s one constructed around their repressed feelings of guilt and betrayal.

Also Read: ‘Silent Hill’ and The Problem With Sean Bean

While Detention draws heavily from Japanese video games—its alternating versions of the school mirror the mixed-realities approach favored by the Silent Hill franchise—its horrors are heavily rooted in Taiwanese history. Detention is set at the height of the White Terror, a decades-long period of government oppression. In the darkest days of the White Terror, the Kuomintang party of Taiwan murdered thousands—even tens of thousands—of civilians for criticizing the government and circulating banned material. The dangers faced by the book club—and even Fang, whose father is himself a low-level government official—are very real.

From its opening minutes, Detention challenges our preconceived notions of what a video game adaptation can be. Too many of these films opt for a form of live-action cosplay. They run celebrities through a series of set pieces we’ve already seen on the console. In translating the unique aesthetics of Detention to a feature film, the filmmakers manage to mimic the game’s art design without feeling stale. We may be intimately familiar with the school’s many twists and turns. But rendering them outside a 2D environment keeps everything fresh.

To its credit, Detention also leans into the game’s 2D effects in a few key moments. It opts for a cinematic tableau that evokes the game while also fitting into a long-held cinematic tradition. The most overt example of this is the execution of Miss Yin (Cecilia Choi). Fang stands on the stage, framed between the dangling body of Wei and the headmaster’s looming figure. Then, she fires a single shot into the captive teacher. This is the film’s best shot; it also evokes the game’s imagery while still feeling like a purely cinematic moment. It pushes the subgenre far beyond its previous restraints.

But the success of the production design pales in comparison to the power of Fang’s narrative onscreen. For Detention, the inclusion of additional characters is more than helpful —it’s necessary. As a player, Detention allows us to connect with the setting through the forced perspective of Fang; understanding her experiences and uncovering her past is the central mystery of the game. But this type of storytelling is also greatly dependent upon player agency, and the film adaptation pivots the narrative slightly. Rather than remove Wei in the opening chapter, we are rooted in his perspective throughout.

This change brings the book club to the forefront of the narrative, a decision that earns Detention a place among some of the greatest works of national horror. We see first-hand the paranoia that drives students and teachers, and we have a better understanding of the violent system of oppression the book club tried to stand against. Fang’s actions are still the group’s undoing. But the more well-rounded perspective allows Wei to be seen as a true survivor (albeit one haunted by his complicity).

Here the violence that surrounds Fang bleeds over into reality. So many of Fang’s in-game experiences are seen through the filter of nightmare; her purgatorial state can, at times, obscure the death of her classmates through grotesque exaggeration. However, in the film, we spend much more time with the real-world consequences of Fang’s betrayal. These soldiers are not shadowy monsters; they are fresh-faced young men—perhaps recent graduates themselves—who carry out these executions without hesitation. Without the game’s art direction to abstract these atrocities, we must face them head-on.

And while one might expect Detention to remove or reduce the game’s many puzzles, the film instead uses those items as connective tissue between characters. Simple tasks become reflective moments between characters, giving Fang’s relationships a lived-in quality the game does not often pursue. In one in-game sequence, you use a radio to learn a melody, one that you will play on the school’s piano to unlock the next room. In the movie, Fang teaches Mr. Chang the tune by drawing the keys to the piano on his notepad. This moment combines his art with her music, turning a piece of would-be fan service into a heartfelt moment between weary souls.

Ultimately, Detention presents video game movies with perhaps their most inspired form of adaptation. These are not a series of set pieces tied loosely to a few key events from the game. Instead, this is a fundamental transformation of concepts and visuals, breaking each programming decision down into its underlying intent and then using those elements to tell a cohesive story. In doing this, Detention manages to be both shockingly faithful to its source material and entirely self-assured as a feature.

4 Viral Designer Pieces I Tried That Are Actually Worth