I Cooked My Way Through a Jane Austen Cookbook 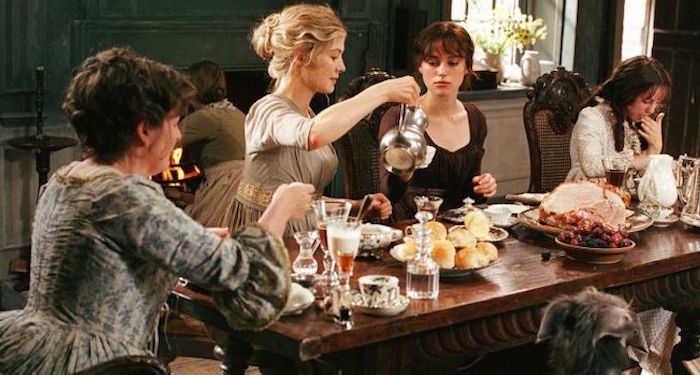 Over the past few years, my interest in food has evolved from something that provides me sustenance to something to that tells a story. But what of the food in the books you grew up reading and loving? What stories does the food in those stories tell about the characters, about the histories of those times?

A world of literature I have always been curious about is the one that Jane Austen created in her books. Austen is so adept at making the story all about her characters, their dialogue, their individuality that everything else fades away. But, after reading books like Jo Baker’s Longbourn, it feels like the blurriness is going away, and everyone else that made the stories of Austen’s characters go round is coming into focus.

Amidst the points coming into focus was the food in Austen’s books. Hosting and being hosted was a huge part of where Austen’s stories progressed. Most courting happened at dinner parties and balls and in the middle of stolen glances over cool refreshments.

It is then no surprise then when I decided to to cook my way through a literary cookbook, I chose one set in the world of Austen. 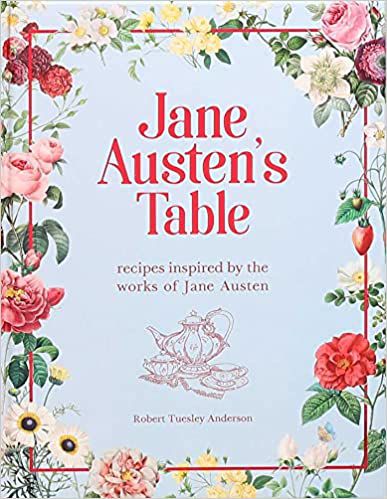 This book is a collection of over 50 recipes from the world of Austen’s novels. The recipes are divided into breakfast, lunch, and dinner sections with little surprise sections in between. Before diving into the recipes I tried, and the ones that I wish I had tried, I want to make a case for why this cookbook is such a fantastic one.

This book is first and foremost a cookbook, and it is important to judge it so. The recipes in the book are organized wonderfully with tons of picture for a wholesome visual journey. Most of the quantities are for serving four or more people, which seems fitting, since no one seems to have dined alone in Austen’s world. An element I did find lacking was the lack of captions under some of the images in the cookbook. In some instances, especially when reading digitally, it was hard to place the image with its corresponding recipe. But this is a minor gripe which I feel probably is not even a problem in the physical book.

One of the outstanding things about this cookbook was the contextual details that the author was able to provide. He used detailed quotations and instances from the books to really place the recipes at the center of the world and this made it even more fun. A recipe for hot chocolate was not just a recipe for hot chocolate, but General Tilney’s Hot Chocolate.

I was surprised by some of the ingredients that were part of the recipe, like anise pods, cardamom, etc. A lot of these were ingredients that belonged to the sub-continent and various other colonies of England. But the author had context for these as well. These were a big import item as the East India Company started making their way through these colonies. One thing I did feel lacking was the credit that rightfully belonged to different countries (then colonies) but was not talked more about. Curries, for instance, are not something that were traditional to England’s cooking but was an imported concept. An acknowledgement of these facts would have elevated the accuracy of the narrative.

With all these factors in mind, I began choosing my recipes.

I did not have a grand scheme when it came to choosing what I was going to try. Cooking the entire list was going to be tough and narrowing it down was hard. So, I let my pantry dictate what I would end up trying, and thank goodness for well-stocked pantry days.

The Jane Austen Recipes I Tried

I love a good egg in the morning. It is the perfect way to start your day, and so this one was a must-try. What inspired the author to try this one was the practice of maintaining poultry on one’s estate and imagining what breakfast would look like. The creaming together of cream with the egg was a gifted touch. But I took it a step further by separating the white from the yolk and only creaming that with the heavy cream. Result? The fluffiest of fluffy scrambled eggs. The author mentioned it to pair it with some buttered asparagus. Sadly, I had none on hand, but it sounds like it would have complimented the taste. The brioche slice was delightful. 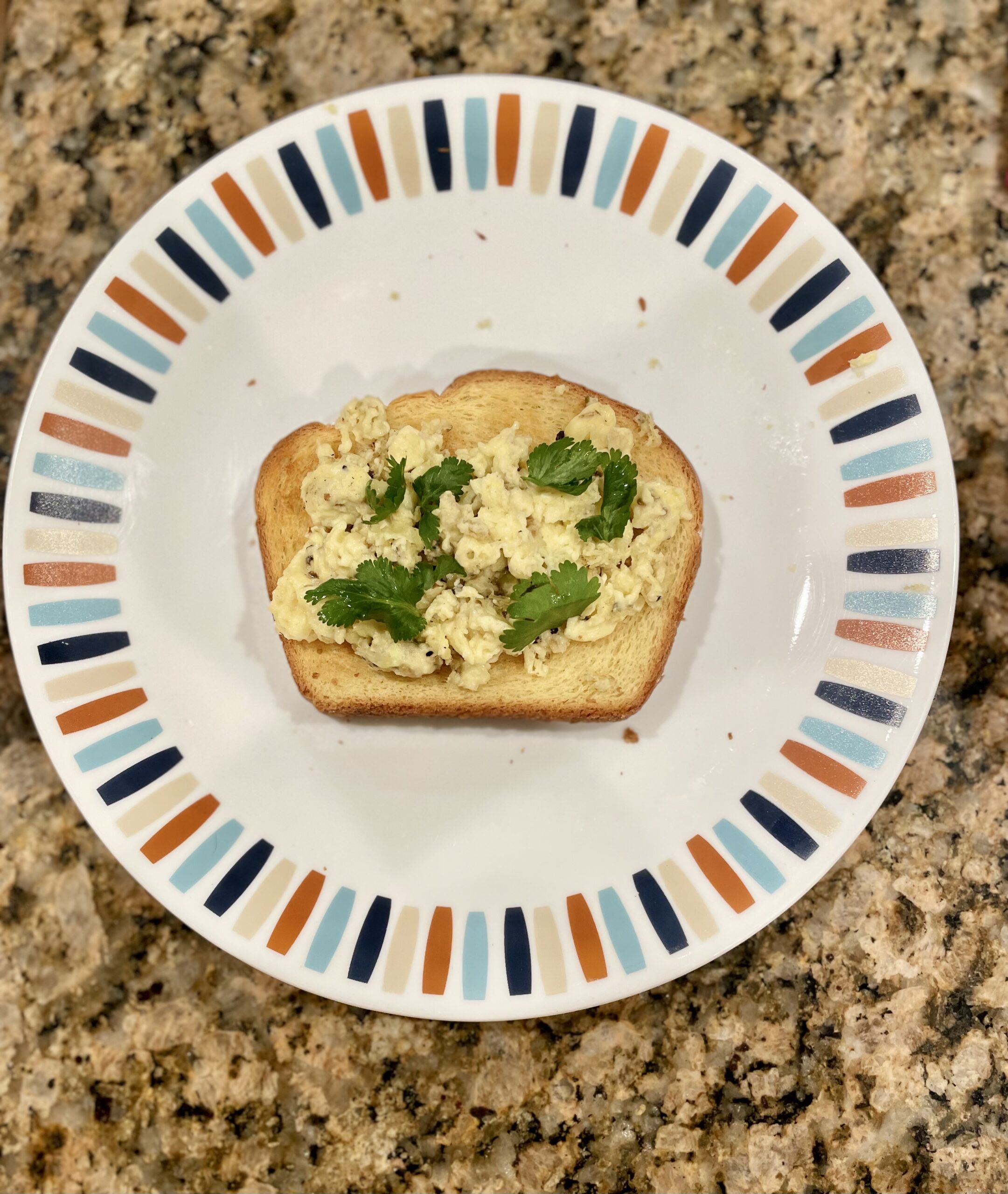 The coffee recipe was a bit of an enigma, but when you read the author’s context, it makes sense. Coffee, particularly at that time, was a drink of gambling halls and places where men assembled. So, I imagine the cardamom was to add a kick to the flavor. The methodology resembled that of pour over, and I found the technique a little lacking in detail. The result was however a delicious, aromatic coffee. I did not get the foam I needed from the method in the book, so I used a handheld frother to get the desired foam on top. Paired with some sweet biscuits, it was the perfect pick-me-up. 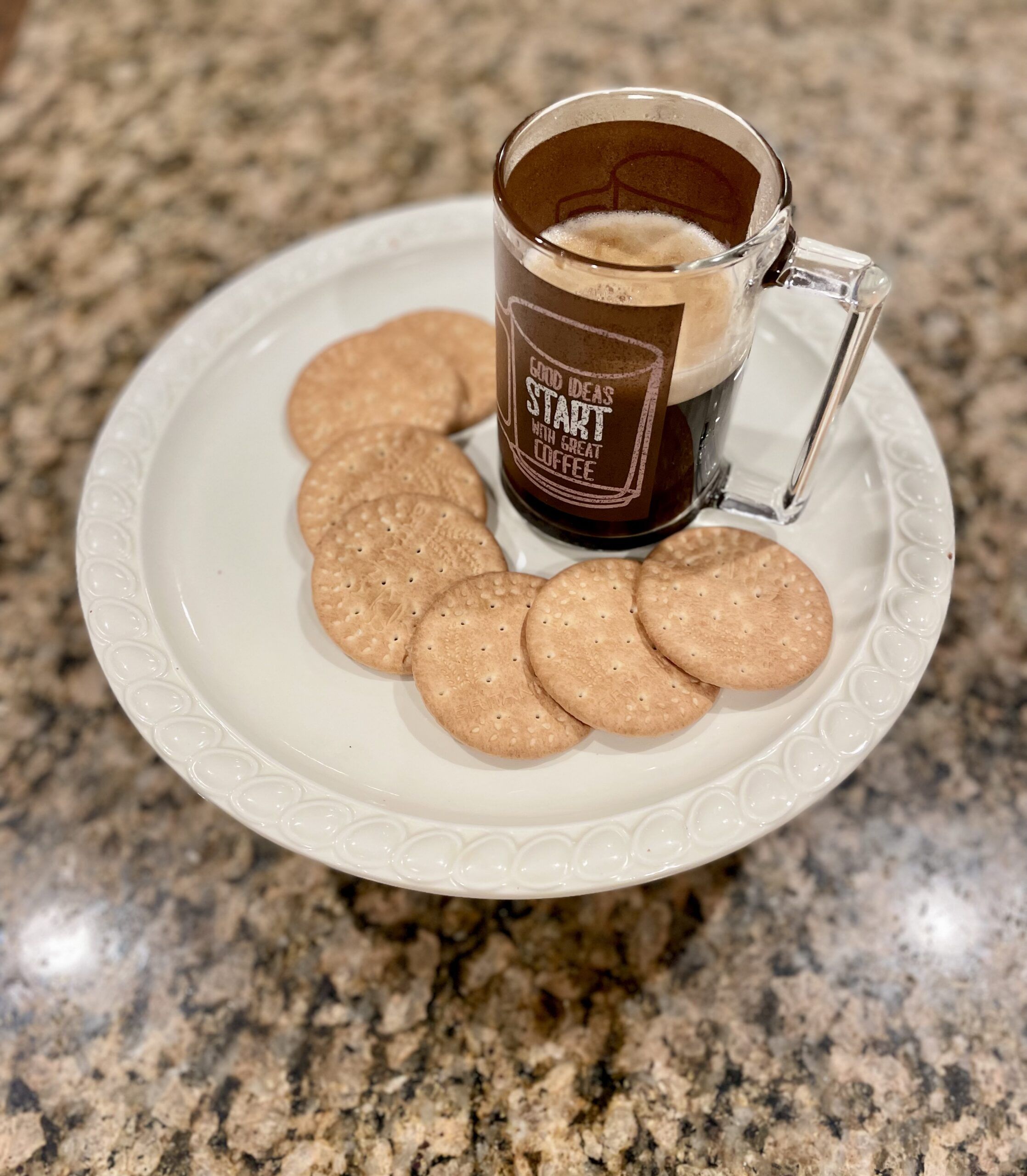 This hot chocolate was delicious! The recipe inspired from Northanger Abbey’s General Tilney, who refuses to share his hot chocolate with the rest of the guests on the table. It’s hands down one of the best recipes for hot chocolate I have tried. It asked to cream the sugar until foamy peaks emerged, and that was what truly made the difference. Instead of traditional hot chocolate powder, the recipe called for melting chunks of chocolate in the cup itself, and that made it for a more authentic flavor. 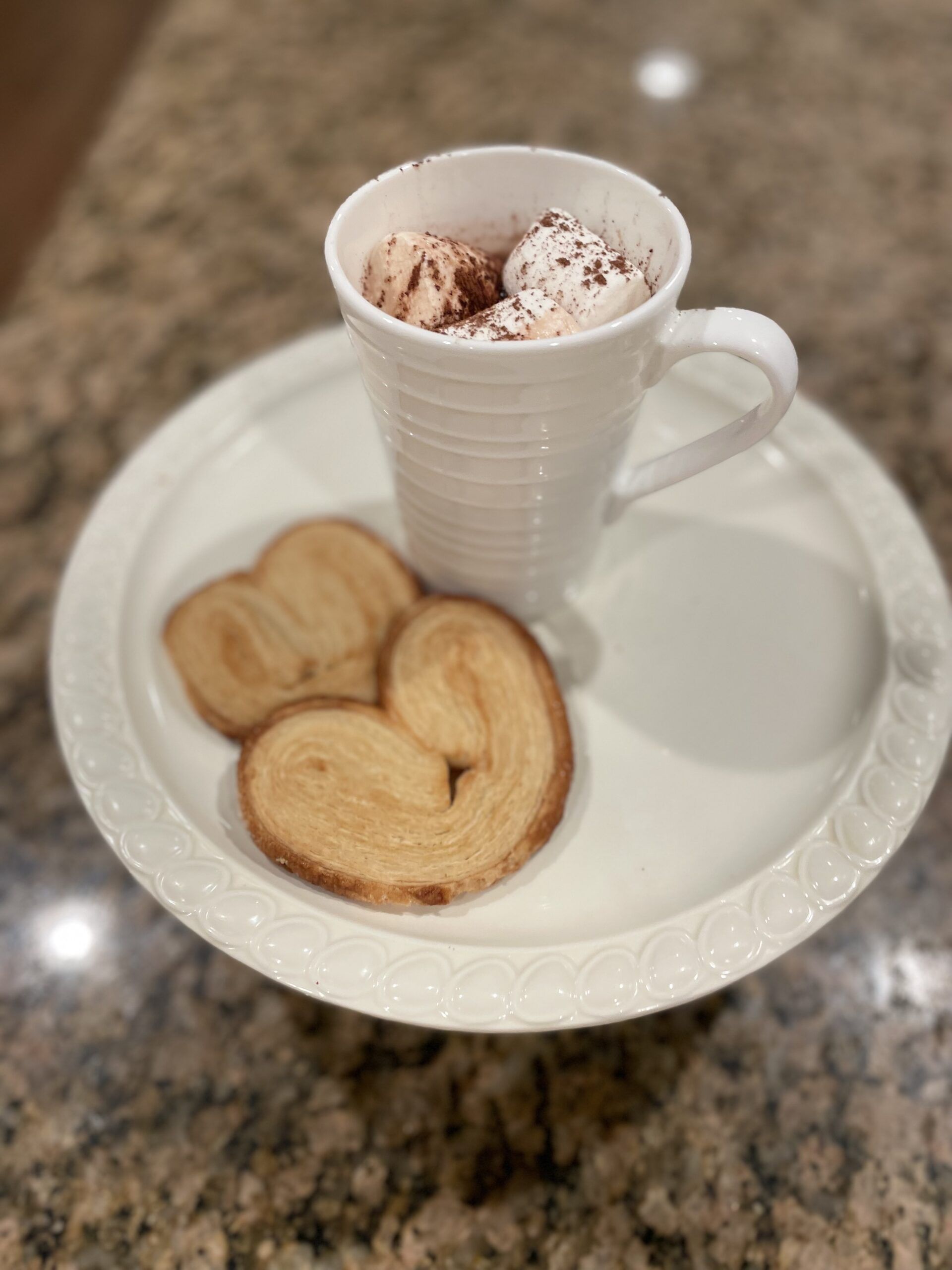 The chicken curry came to my surprising rescue on a day where I found myself stumped as to what to make for dinner. In one of Austen’s skits, one of the characters writes a letter stating that the curry lacked flavor and so the author was determined to set it right. It was a simple recipe for making chicken curry, but one that I feel can act as a staple in someone’s recipe collection. The ending taste is delicious, with no spice overbearing the other. It also leaves room to adjust spice levels as needed. 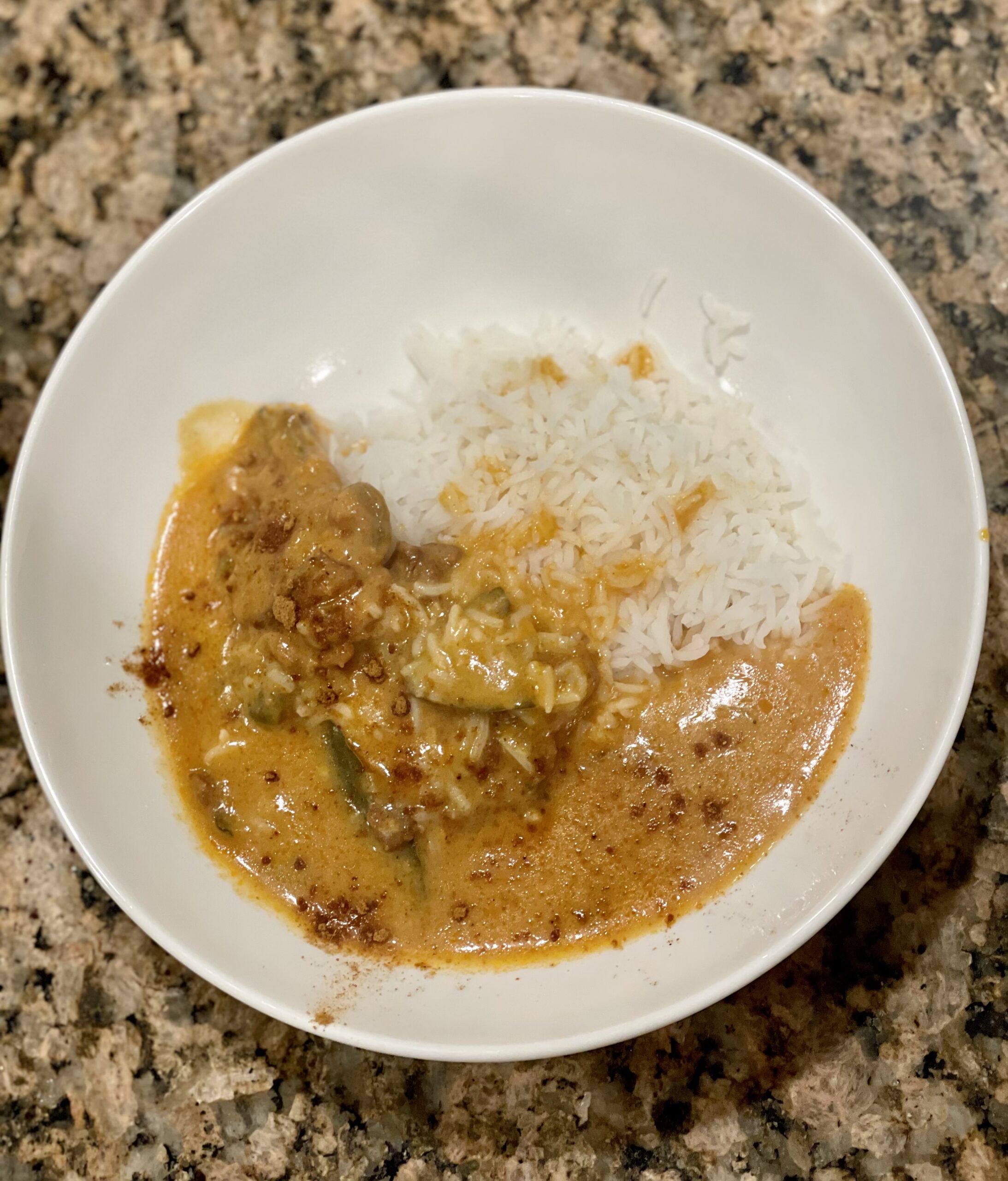 My rendition of Chicken Curry

Other Recipes to Watch Out For

Sure, there were recipes I tried, but then there were ones that I couldn’t get to but definitely plan to cook sometime soon.

My utter disdain for vegetables might be visible in how none of the above has a semblance of either. But, in the year of me trying to fix that, this one seems a good one to try.

Basically cheese and herbs: sounds like a pizza in a bowl.

Using puff pastry in my dinner or lunch plans is one of my favorite things to do, because it makes for a complete meal. This recipe looks like the perfect starter dish or a side to take for your host.

We have got your liquid desserts, now let’s turn to more solid ones.

It was a fun exercise trying these recipes and inhabiting the world of the characters that I had not spent time with for a while. What we eat is such a fundamental part of who we are as people, and having more visibility for what some of the classic characters ate adds to the pleasure that these books have been providing through the ages. Now I am off to to pick up my favorite Austen.

If you are looking for more cookbooks to pick up, here is a list of great cookbook authors and their one must-have cookbook.