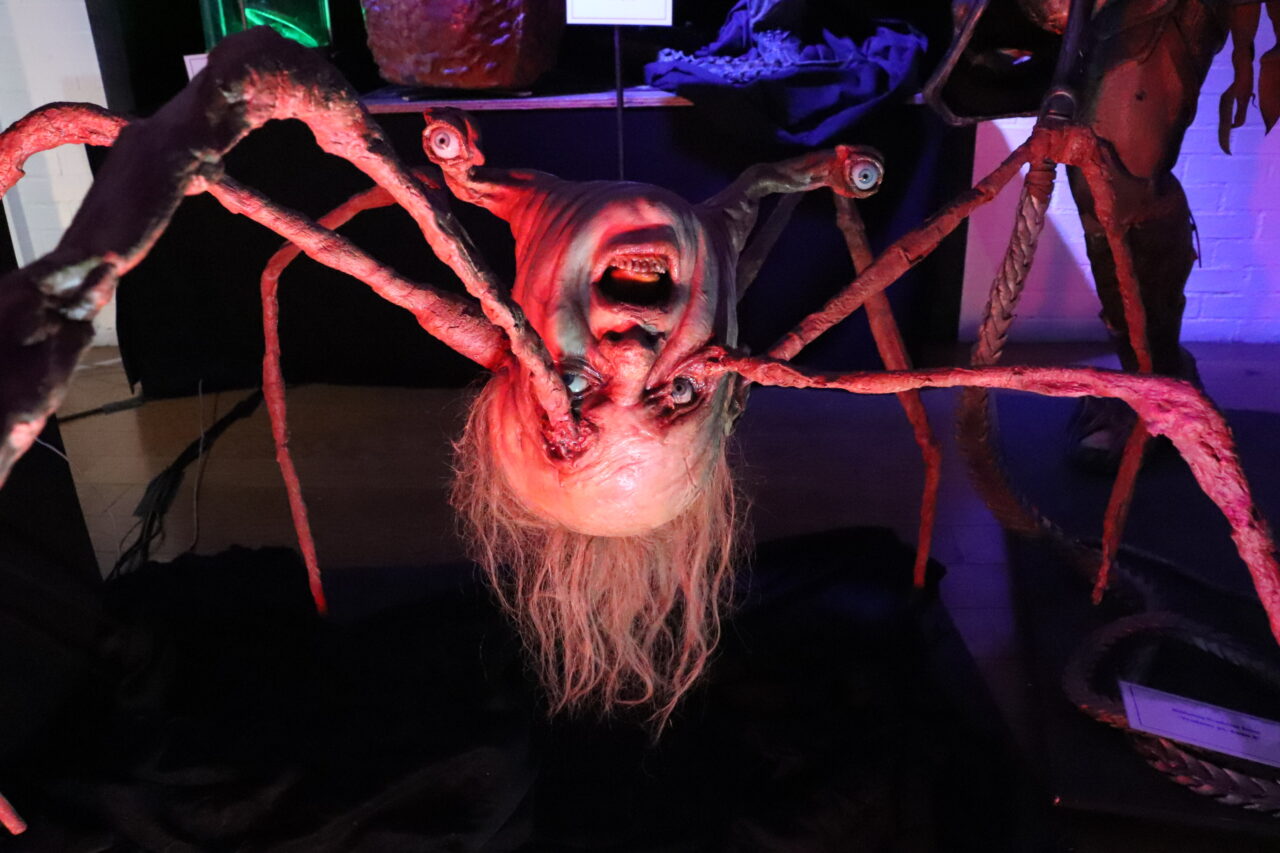 This exceptional exhibition has hundreds of authentic sci-fi, fantasy and horror film memorabilia and is known to be “the most extensive, privately owned collection” of its kind in the world. 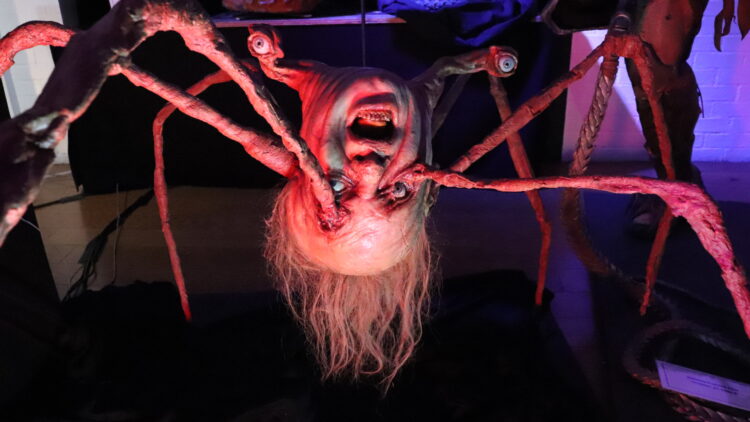 Horror and Hollywood go way back. Over a century back, as a matter of fact. While the genre spawned with Le Manoir du Diable in 1896, Hollywood soon picked up on the fascination surrounding horror and began releasing horror films geared toward their western audience.

Independent Motion Pictures — which would later be known as Universal Pictures — released Dr. Jekyll and Mr. Hyde in 1913. It wouldn’t be long before they’d reach massive success with their Universal Classic Monsters franchise. Universal Horror would introduce movie watchers to “a new world of gods and monsters” — the very world that has evolved over the past century, providing us with endless entertainment, an undying love for the genre … and at least a couple dozen nightmares.

Now, Icons of Darkness, Hollywood’s newest exhibit, is celebrating that world. And best of all? This isn’t a temporary pop-up for the season — it’s here to stay!

This exceptional exhibition has hundreds of authentic sci-fi, fantasy and horror film memorabilia. It’s known as “the most extensive, privately owned collection” of its kind in the world. 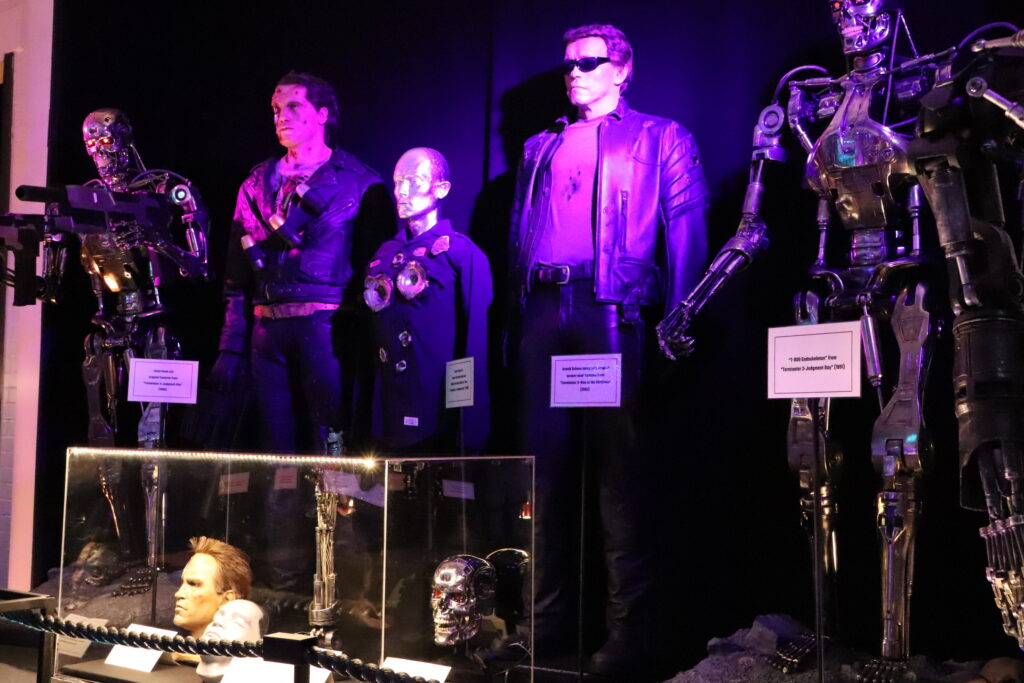 Icons of Darkness features screen-used items from heroes, monsters and villains of hundreds of popular films from the past century, such as The Terminator, Jurassic Park, Batman, Star Wars, Alien, and A Nightmare on Elm Street. So, whether you’re a fan of horror, sci-fi, or fantasy, or just a cinephile who loves to learn more about movies, this spot is an absolute must-visit.

The Dr. Frankenstein behind this beloved creation?

Correll has been collecting for 52 years, he says, and it all started when he was a child actor. The young Leave It to Beaver actor’s first collection piece was Boris Karloff’s Mr. Hyde face mask featured in the 1953 horror comedy Abbott and Costello Meet Dr. Jekyll and Mr. Hyde.

“I was always crazy about Halloween and monsters,” Correll tells Dread Central.

When you visit Icons of Darkness, you’ll get a chilling welcome from classic and modern horror characters alike, from Dracula, The Phantom and Frankenstein’s Monster to Freddy, Pennywise and Jack Torrance. These full-sized figures appear to be so real, you won’t be able to help but do a double take. It’s all thanks to sculptor and horror movie fanatic Mike Hill (The Shape of Water, Scary Stories to Tell in the Dark, The Wolfman). 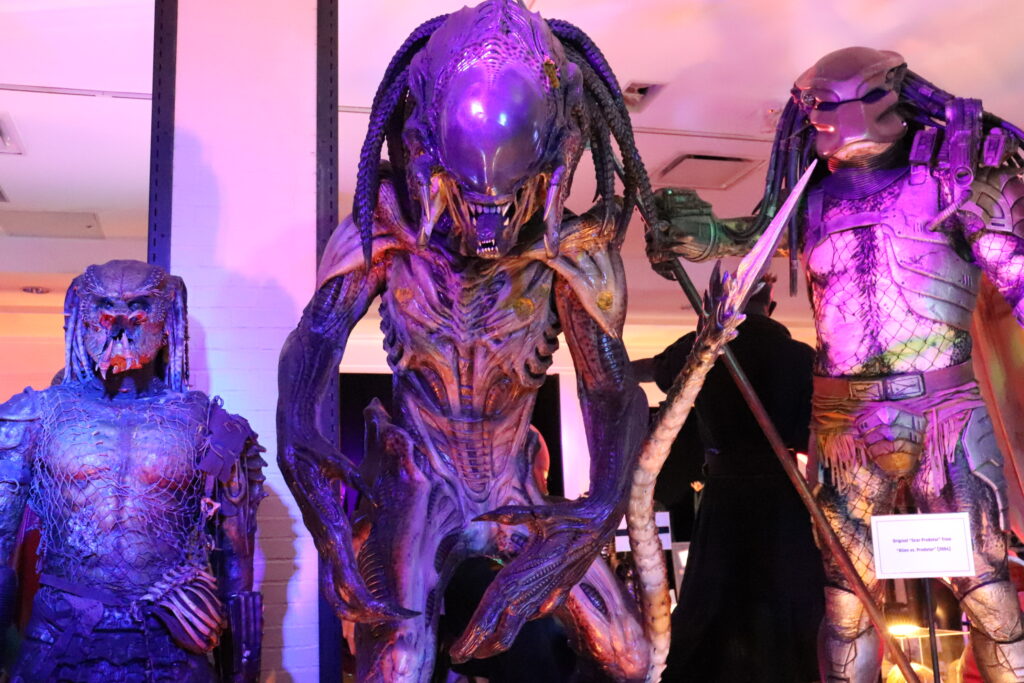 To add to the frightening fun, you can get up close and personal with these items. You can also get a walking tour of the exhibit from the “Halloween-centric” Icons of Darkness team that’s just as passionate about these films as Correll.

General manager Justin Cotterell and assistant manager Pat Evans worked every day from September 6 to 27. They devoted at least 14 hours and up to 24 hours every day to prepare the exhibit for its soft opening. Icons of Darkness is an idea that’s been in the works for nearly a decade with a collection that started in a then simple, now astounding way.

“He [Correll] would hang out in the Universal makeup trailers back when he was a kid, and they would just throw away prosthetics,” Cotterell says. “He would ask, ‘Can I have that?’ and they would just give it to him. That’s where his collection first started.”

In his five decades of amassing his collection, Correll has acquired unique items through working at studios, being gifted them, but mostly through auctions. He says everything is “legal,” (i.e. purchased at public forums). And he’s never traded or sold an item.

Correll’s collection has an estimated worth of $17 million. He says what’s currently on display features only about 50 percent of his collection. That’s about 287 items, if he had to guess. 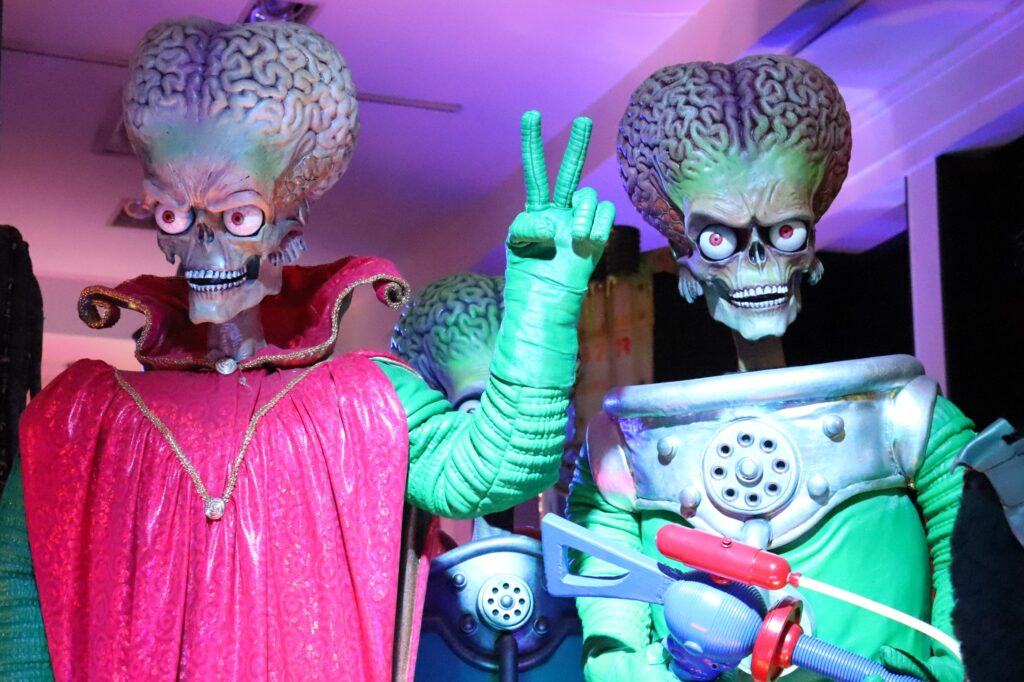 Correll holds a strong passion for paying tribute to the classic horror genre actors, such as Boris Karloff, Bela Lugosi and Lon Chaney — the ones who sparked his love for the genre. His inspiration for showcasing his collection at Icons of Darkness comes from his admiration for his personal acquaintances’ work, including that of Karloff, Peter Lorre, Vincent Price, Rick Baker, Stan Winston, John Carpenter, Joe Dante, Basil Rathbone, Peter Jackson, John Landis and Rob Zombie.

Collecting is a labor of love that makes Correll happy. But there’s so much more to these items than just collecting them — it’s preserving and restoring them, too, he says.

He wants fellow film buffs to know that Icons of Darkness is a “celebration of preservation.” And he wants to bring all of his preservation of history for the horror, sci-fi and fantasy genres to life. After all, he says, they’re the genres that have never faded out.

“It’s about time these genres are paid respect to them,” Correll says.

The rest of the collection will be up for display in April 2022. The space — which is now about 6,500 square feet — will expand to 24,000 square feet and become the permanent home to a sci-fi, fantasy and horror hall of fame and a store.

Located less than three miles away from Universal, these monstrous memorabilia have finally found their final resting place. Celebrate spooky cinema all year round with a special visit to Icons of Darkness!

Can’t visit the exhibit in the flesh? Check out our photo gallery below!

Julia Garner’s Gucci Gown Includes a Crystallized Corset at the