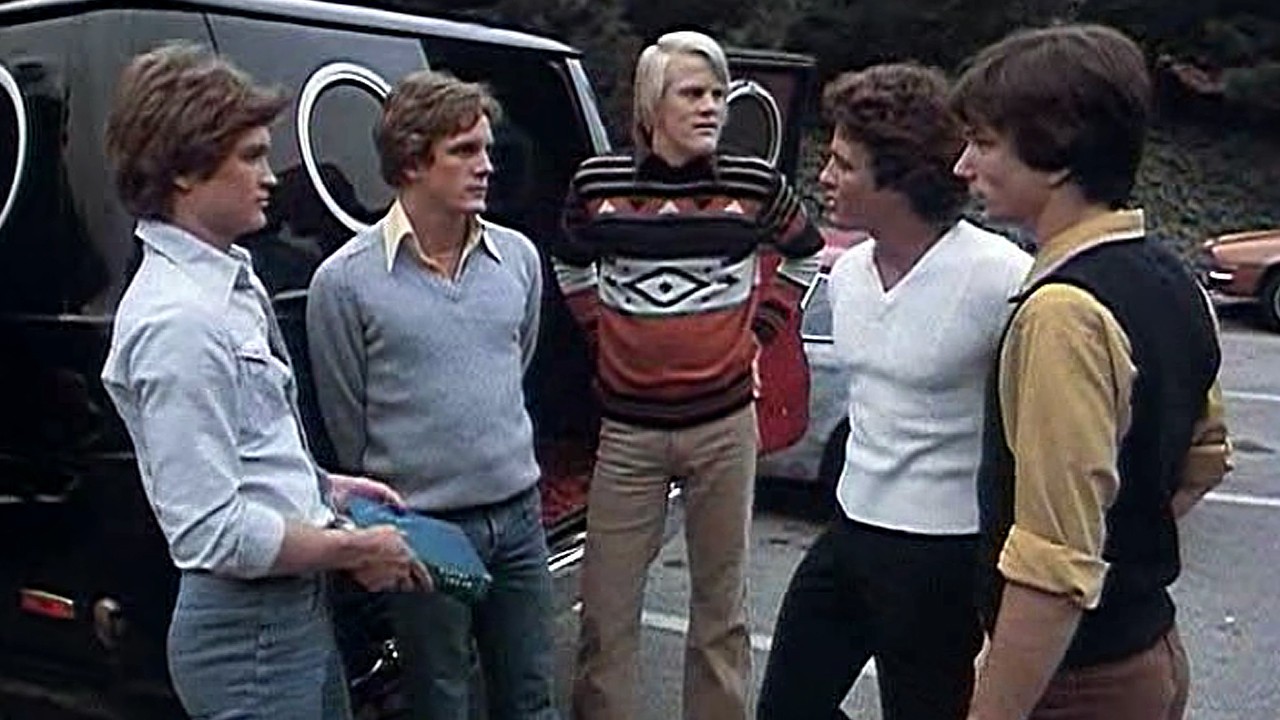 Rene Daalder’s allegorical tale speaks to the futility of violence and the need for peaceful demonstration. 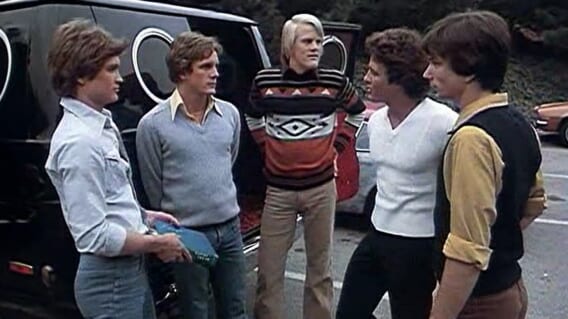 Massacre at Central High is an ultra-rare exploitation film that garnered a level of acclaim with mainstream critics. Part of what elevates this flick above standard grindhouse fare is the sincerity of the performances, the heavy thematic elements, and the allegory at the heart of the narrative. The flick managed to win over notoriously tough critic, Roger Ebert, who called it “intelligent and uncompromising”.

New student David (Derrel Maury) reports for his first day at Central High. Upon arrival, he learns that the school is run by a quartet of bullies that take what they want when they want it. Much to David’s dismay, one of the ruffians terrorizing the school, Mark (Andrew Stevens), is a friend he knew in years past. At the onset, David attempts to advocate for the oppressed. But he quickly learns that his classmates would rather take the abuse than make waves. David’s refusal to get in line quickly makes him a target. But when the hooligans push him too far, David responds with his own brand of justice and it makes more than just waves.

Massacre at Central High certainly isn’t perfect. We watch David go from unassuming and idealistic to hardened criminal mastermind in record time. His arc is a bit of a stretch. But it’s fascinating to watch him at work as he goes about dismantling a dictatorial regime at the high school level. And there’s a certain sincerity to his performance that makes some of the film’s shortcomings less noticeable. Moreover, David’s storyline isn’t intended to be taken (entirely) at face value. His arc is a comment on the detriments of fascism by writer/director Rene Daalder. That much is fairly straightforward. But after David takes out the primary culprits, like Whack-a-Mole, those that were previously bullied are waiting to rise to power in place of the dethroned regime. As such, David hasn’t really solved anything with his attempts to create a peaceful existence for his classmates.

One of the most profound themes in Massacre at Central High is you cannot fight violence with violence and exact change in the process. That only leads to more casualties and the potential for a new (possibly even worse) set of circumstances to unfold. Before any semblance of peace is found, two characters place their lives on the line (in a nonviolent act of protest) and challenge David’s master plan. That’s a pretty powerful message from a somewhat unexpected place. But that’s likely why we are still talking about Massacre at Central High nearly 50 years on from its initial release. Sadly, the film is probably even more relevant now than it was in 1976.

Now that I have spoken about the film’s staying power and legacy, let’s dive into the bonus content. The Synapse Films Blu-ray release of Massacre at Central High features a handful of interviews (several of which are presented in commentary style, as alternate audio tracks), an essay by Michael Gingold, a TV spot, a radio ad, and more. But the most impressive piece of bonus content is a new featurette that dives into the film’s production and recounts memories from the set with the cast and crew.

The ‘making of’ featurette delivers some fascinating anecdotes from the surviving talent recalling their time on the set of Massacre at Central High. There’s a real sense of nostalgia apparent in the recollections that makes the mini-doc rather enjoyable to watch. It’s also great to hear some of the creatives speak about the Italian version of the film, which was called Sexy Jeans. This alternate cut of the flick splices in hardcore porn inserts. That phenomenon wasn’t entirely uncommon in the ‘70s but to do that with a film that isn’t particularly sexy (save for copious amounts of nudity) seems a strange choice. As such, it was entertaining to see some of the onscreen talent recount their thoughts on the film’s ‘alternate’ version.

My only (minor) complaint about the making of featurette is that I wish the commentators had spent some time digging into the film’s political subtext. Massacre at Central High is a true rarity, in that it has a profound amount of meaning beneath the surface. So, seeing some of the key players spend a little more time digging into the political allegory would have been fascinating. Granted, the tail end of the doc does touch on the subtext, briefly. But I would have loved to have seen a more in-depth analysis that went into greater detail.

If you’re keen to check the flick out, you can score your copy via the Synapse Films website. And I would absolutely suggest doing so, if you’re a fan of ‘70s exploitation cinema and enjoy a little food for thought with your cinematic sleaze.

This insightful commentary on violence and political unrest is even more relevant today than it was upon its initial release.

8 French Outfits We Plan on Re-Creating for Autumn