Norwegian Metallers I The Betrayer Enter The “Slaughterhouse” On New 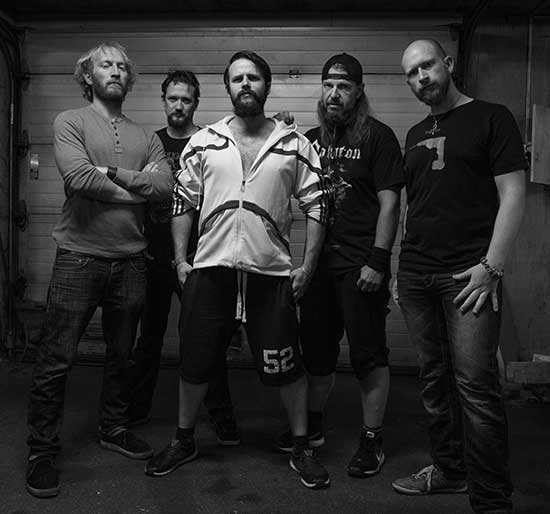 Norwegian quintet I The Betrayer released their new single “Slaughterhouse” on October 31st, taken from their upcoming album “Storm Vik” which is set for release in 2023.

Vocalist Chris Wiborg had this to say about the upcoming album:

“This will be the first of a two-part concept album based on a Lovecraftian tale that follows the protagonist, Storm Vik, and his journey into madness. The story takes place in post WW2 Norway, in a town called Rjukan, deep in a valley surrounded by mountains.

Storm Vik, the son of a Special Operation Executive responsible for sabotaging the heavy water plant for the Nazis, follows in the footsteps of his father as chief police constable of Rjukan. The looming threat of the cold war initiates a top secret project to dig deep into the mountain to build a passageway to a mountain top, Gaustatoppen, as a radio relaying station. But they dug too deep…”

The video can be found here:

I the Betrayer is made up of five guys from altogether different musical backgrounds brought together by their love of metal, and random chance, to create music which encompasses every part of their collective vision.

Influenced by all kinds of styles, from blues and progressive rock to death metal, they have managed to carve their own identity within the genre. Among the heavy metal chugging and pounding drums, you can expect to hear soaring vocal melodies leading to guttural lows, progressive inspired leads on top of driving metal progressions and contemplative clean passages exploding into a forceful and commanding song.

Their first release “7”, gained critical attention from publications like Metal Hammer and Norway Rock, along with their cover of Avenged Sevenfold’s “Shepherd of Fire”. Having recently released their single “Guise of the Infectious” after the pandemic, the guys are now deep in the production of their new album which is set for a 2023 release.

Italian Rockstars ‘Maneskin’ Are A New Breed of Heavy Metal,