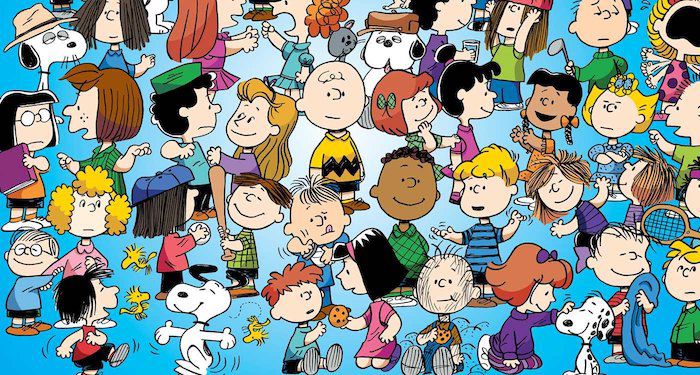 Ready to take a Peanuts quiz and discover what character from the Charlie Brown comics you are most like? Charles M. Schulz drew the popular comics column that appeared in thousands of newspapers for over 50 years. From 1950 to 2000, readers fell in love with the lovable but unlucky Charlie Brown and his friends and family. The mixing of playground archetypes with adult anxieties, philosophies, and psychologies made Charlie Brown and the whole Peanuts gang more than just a comic. These characters transcend the newspapers they appear in through animated cartoons, holiday specials, and even a Broadway musical. For me, Peanuts was a part of my family’s Halloween celebrations, with small gifts appearing every year from Linus’s the Great Pumpkin.

Answer the 10 questions in this Peanuts quiz to discover which character you are most like. Whether you are kind and loyal like Charlie Brown, imaginative and dramatic like Snoopy, or…um, assertive like Lucy, every character had something lovable about them. That is probably why the comic became so popular and why these characters remain so beloved.

I hope you enjoyed this Peanuts quiz! If you are still in a quiz-taking mood (and who isn’t?) find out which American Girl Doll you are, which literary princess you are, or which character from Winnie the Pooh you are.