RAISE A FIST, TAKE A KNEE 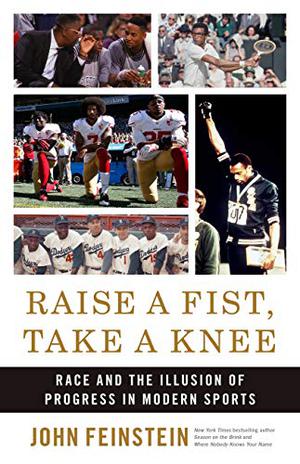 Longtime sports journalist Posnanski takes on a project fraught with the possibilities of controversy: ranking the 100 best baseball players of all time.

It would steal the author’s thunder to reveal his No. 1. However, writing about that player, Posnanski notes, “the greatest baseball player is the one who lifts you higher and makes you feel exactly like you did when you fell in love with this crazy game in the first place.” Working backward, his last-but-not-least place is occupied by Japanese outfielder Ichiro Suzuki, whose valiant hitting rivaled Pete Rose’s, mostly a base at a time. As for Rose, who comes in at No. 60, Posnanski writes, “here’s something people don’t often say about the young Pete Rose, but it’s true: The guy was breathtakingly fast.” Thus, in his first pro season, Rose stole 30 bases and hit 30 triples. That he was somewhat of a lout is noted but exaggerated. Posnanski skillfully weaves statistics into the narrative without spilling into geekdom, and he searches baseball history for his candidate pool while combing the records for just the right datum or quote: No. 10 Satchel Paige on No. 15 Josh Gibson: “You look for his weakness, and while you’re looking for it he’s liable to hit 45 home runs.” Several themes emerge, one being racial injustice. As Posnanski notes of “the greatest Negro Leagues players….people tend to talk about them as if there is some doubt about their greatness.” There’s not, as No. 94, Roy Campanella, among many others, illustrates. He was Sicilian, yes, but also Black, then reason enough to banish him to the minors until finally calling him up in 1948. Another significant theme is the importance of fathers in shaping players, from Mickey Mantle to Cal Ripken and even Rose. Posnanski’s account of how the Cy Young Award came about is alone worth the price of admission.

Red meat, and mighty tasty at that, for baseball fans with an appreciation for the past and power of the game.