‘Requiem for a Scream’ Trailer: Human Suffering Is Music To

Talk about a bittersweet symphony… 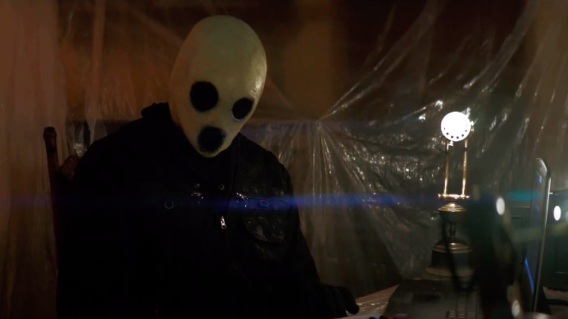 Tubi has jumped into the world of original horror content feet first, and we’re excited to see it. The platform is already a haven for found footage and low-budget horror. Now, they’re making their own films, including the freshly released Requiem for a Scream, their take on the slasher genre. Paired with a creepy mask and a love for music, director Ben Meyerson’s entry into the subgenre is perfect spooky season watching.

In Requiem for a Scream, a sadistic killer sets his sights on a group of friends partying in an abandoned lake house, determined to make their murders his symphony.

Requiem for a Scream is streaming now on Tubi.

Who Do You Want as New Host of ‘Wheel of

Brandy to Star in the Eggers Brothers’ New A24 Movie