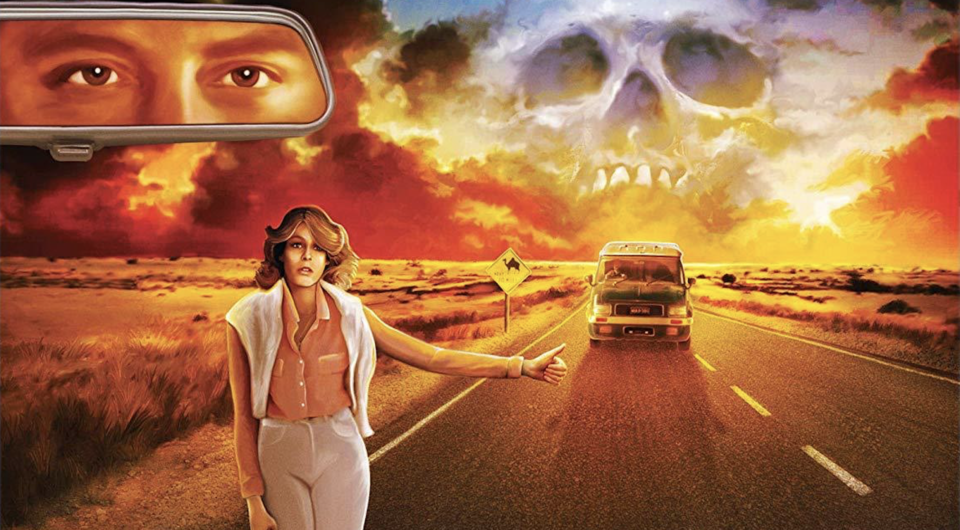 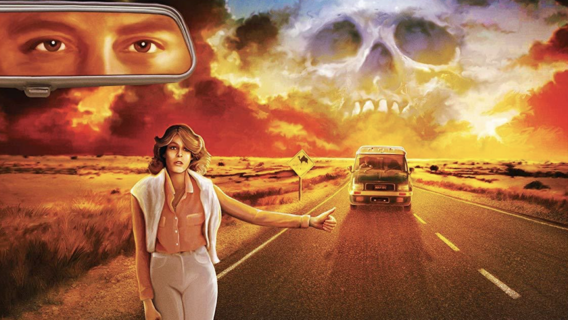 Welcome to The Overlook Motel, a place where under-seen and unappreciated films are given their moment in the spotlight. I hope you enjoy your stay here and find the accommodations to be suitable. Now, please take a seat and make yourself comfortable, I have some misbehaving guests to ‘correct’.

Road Games follows Quid (Stacy Keach), a long-haul trucker in Australia. While contracted to deliver a load of pork, Quid crosses paths with a fellow motorist that he believes is killing women along the highway. What’s worse, the man Quid believes to be responsible for the roadside killings has designs on using Quid as his patsy. Quid eventually finds himself in a race to clear his name and catch the killer before the madman can claim another victim.

Also Read: ‘Southbound’ is the Best Horror Anthology of the Past 10-Years [The Overlook Motel]

Though there may be a certain amount of debate as to whether or not Road Games is truly a full-fledged horror picture, it is indisputably an effective psychological thriller with a narrative that takes many of its cues from the slasher genre. Though it’s light on bloodshed, I still tend to classify this one pretty squarely in the horror camp.

Genre constraints aside, Road Games is an engaging film that makes effective use of a premise that, in less capable hands, may have left viewers underwhelmed. The bulk of the picture is set in the cab of Quid’s tuck and could have easily been a chore to sit through. It features long stretches of time where the audience is left alone with Quid, his Dingo, and Quid’s inner monologue. But thankfully, Keach is a charismatic and talented thespian and Quid is far more than a one-note protagonist. During his travels, he fills the solitude with quippy observations and one-sided conversations with his loyal, canine companion. Accordingly, we’re given reason to invest in Quid and his plight as the narrative gradually builds to a pulse-pounding conclusion.

Also Read: ‘Not Safe For Work’ is an Unnerving Office Invasion Thriller [The Overlook Motel]

When we are eventually introduced to Pamela (Jamie Lee Curtis), a hitchhiker who Quid picks up along the road, she and Quid quickly demonstrate believable chemistry. The pair have plenty of witty banter and a spirited dynamic that makes their exchanges enjoyable to watch.

Curtis brings an effortless charm to the role of Pamela (who Quid affectionately nicknames Hitch). Although Quid winds up chasing after her when she is abducted by the killer, Hitch is no damsel in distress. Curtis brings the character to life in such a way that she comes across as capable and wise beyond her years.

The late Richard Franklin makes the most of Road Games‘ primary setting, using it to evoke feelings of claustrophobia from the audience. That tactic pairs well with the seeds of paranoia that are planted early on.

Like Hitchcock, whose catalog clearly served as a source of inspiration for this film, Franklin has a morbid sense of humor. The flick is rife with gallows humor, which is delivered with tongue planted firmly in cheek.

If you’re a fan of Hitchcockian horror and curious to check Road Games out for yourself, there are a variety of options to watch it for free (with ads). You can stream on Tubi, Pluto, FreeVee, and The Roku Channel as of the publication of this post. Additionally, Scream Factory put out a collector’s edition Blu-ray a few years back.

That’s all for this installment. Thanks for checking in to The Overlook Motel.

Want to chat more about under-seen and underrated films? Feel free to hit me up with your thoughts on Twitter @FunWithHorror!

Poison Ivy gets the whole city off in trailer for