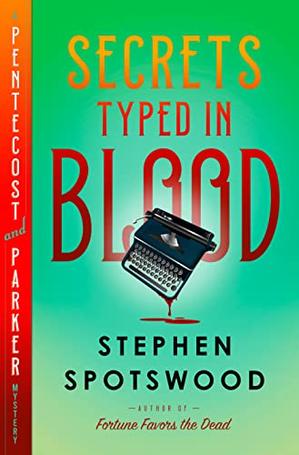 Another sweltering month in Charlotte, another boatload of mysteries past and present for overworked, overstressed forensic anthropologist Temperance Brennan.

A week after the night she chases but fails to catch a mysterious trespasser outside her town house, some unknown party texts Tempe four images of a corpse that looks as if it’s been chewed by wild hogs, because it has been. Showboat Medical Examiner Margot Heavner makes it clear that, breaking with her department’s earlier practice (The Bone Collection, 2016, etc.), she has no intention of calling in Tempe as a consultant and promptly identifies the faceless body herself as that of a young Asian man. Nettled by several errors in Heavner’s analysis, and even more by her willingness to share the gory details at a press conference, Tempe launches her own investigation, which is not so much off the books as against the books. Heavner isn’t exactly mollified when Tempe, aided by retired police detective Skinny Slidell and a host of experts, puts a name to the dead man. But the hints of other crimes Tempe’s identification uncovers, particularly crimes against children, spur her on to redouble her efforts despite the new M.E.’s splenetic outbursts. Before he died, it seems, Felix Vodyanov was linked to a passenger ferry that sank in 1994, an even earlier U.S. government project to research biological agents that could control human behavior, the hinky spiritual retreat Sparkling Waters, the dark web site DeepUnder, and the disappearances of at least four schoolchildren, two of whom have also turned up dead. And why on earth was Vodyanov carrying Tempe’s own contact information? The mounting evidence of ever more and ever worse skulduggery will pull Tempe deeper and deeper down what even she sees as a rabbit hole before she confronts a ringleader implicated in “Drugs. Fraud. Breaking and entering. Arson. Kidnapping. How does attempted murder sound?”

Forget about solving all these crimes; the signal triumph here is (spoiler) the heroine’s survival.