Get ready for a sleepless night. 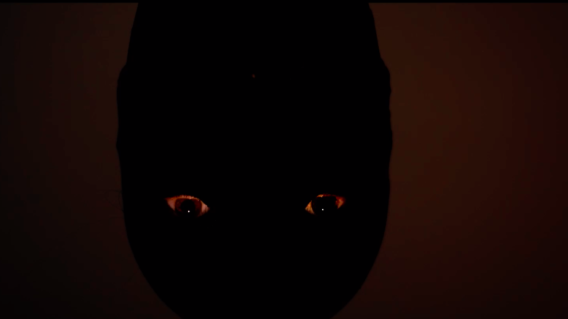 Sleep paralysis is, well, a nightmare. You wake up in the middle of the night, unable to move while watching something slowly approach you. You’re helpless against it and try to scream but can’t. Thankfully you wake up from what seemed like reality, but you’re still shaken. Director Alexis Bruchon channels that terror in his new film The Eyes Below which sees its North American premiere at Popcorn Frights Film Festival. And we got an exclusive look at this chilling new horror film.

Check out the full synopsis:

Wringing a seemingly impossible amount of gripping drama out of its claustrophobic premise, The Eyes Below is a nerve-wracking showcase featuring one nightmarish heart-stopping sequence after another. The story begins as all days end, a man goes to bed. Everything is calm and silent in the house. As he is about to fall asleep, something creeps up his legs, his stomach, and then his chest. A mass, so heavy that he opened his eyes in a half-sleep and discovered that the night won’t be as peaceful as he thought.

Bruchon said of the film and the festival:

“I am very happy to see my film being part of popcorn frights this year! The festival is a real celebration for Genre films and most of all [screen] movies that take a different and new look [at horror].”

Alexis Bruchon’s The Eyes Below will have its North American Premiere at the 2022 Popcorn Frights Film Festival on Saturday, August 20th at “The ALTER Screening Room” at O Cinema South Beach. It’ll also be available virtually in the US. Buy tickets here.

‘LOTR: The Rings of Power’: What That Sword Moment Means