THE SEXUAL POLITICS OF EMPIRE 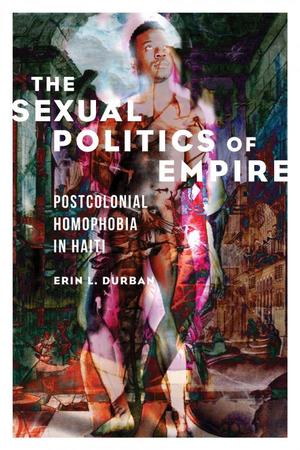 The former vice president reflects warmly on the president whose followers were encouraged to hang him.

Pence’s calm during the Trump years has been a source of bemusement, especially during the administration’s calamitous demise. In this bulky, oddly uncurious political memoir, Pence suggests the source of his composure is simple: frequent prayer and bottomless patience for politicking. After a relatively speedy recap of his personal and political history in Indiana—born-again Christian, conservative radio host, congressman, governor—he remembers greeting the prospect of serving under Trump with enthusiasm. He “was giving voice to the desperation and frustration caused by decades of government mismanagement,” he writes. Recounting how the Trump-Pence ticket won the White House in 2016, he recalls Trump as a fundamentally hardworking president, albeit one who often shot from the hip. Yet Pence finds Trump’s impulsivity an asset, setting contentious foreign leaders and Democrats off-balance. Soon they settled into good cop–bad cop roles; he was “the gentler voice,” while “it was Trump’s job to bring the thunder.” Throughout, Pence rationalizes and forgives all sorts of thundering. Sniping at John McCain? McCain never really took the time to understand him! Revolving-door staffers? He’s running government like a business! That phone call with Ukraine’s president? Overblown! Downplaying the threat Covid-19 presented in early 2020? Evidence, somehow, of “the leadership that President Trump showed in the early, harrowing days of the pandemic.” But for a second-in-command to such a disruptive figure, Pence dwells little on Trump’s motivations, which makes the story’s climax—Trump’s 2020 election denials and the Jan. 6, 2021 insurrection—impossible for him to reconcile. How could such a selfless patriot fall under the sway of bad lawyers and conspiracy theorists? God only knows. Chalk it up to Pence’s forgiving nature. In the lengthy acknowledgments he thanks seemingly everybody he’s known personally or politically; but one name’s missing.

Disingenuous when not willfully oblivious.