‘The Visitor from the Future’ Is A Fun and Introspective 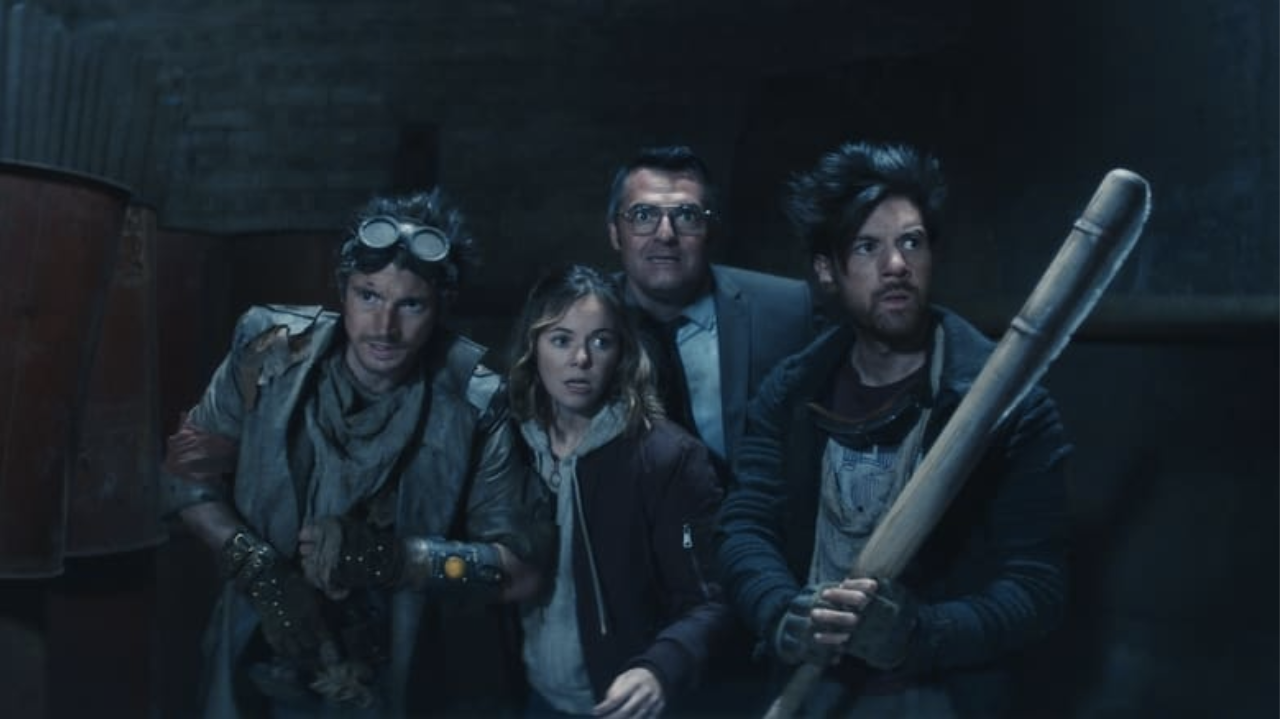 One of the funniest films to be screened at this year’s FrightFest. 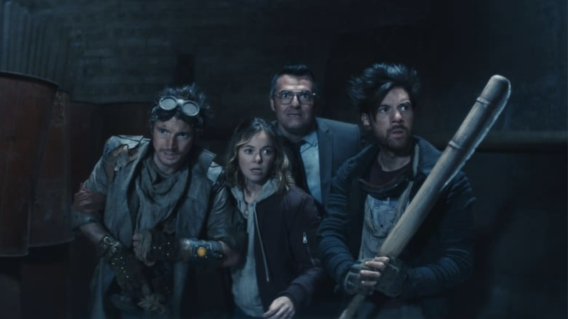 Fans of the Back to the Future franchise will no doubt be entertained by The Visitor from the Future, a comedic time travel adventure from director François Descraques, which had its world premiere at FrightFest. After a prolonged opening sequence in which a time traveller from the future (Florent Dorin) constantly disappears and reappears before two nuclear power plant workers in order to tell them which wire to cut as the plant suffers a meltdown, you pretty much know what you are in for. This was a decidedly silly but surprisingly sombre tale of why we should respect our planet before it’s too late.

Enya Baroux stars as Alice, an environmental activist who opposes the construction of a new nuclear power plant, which she believes will have a detrimental impact on the planet. She does everything she can to stop the plant from going ahead. But there’s a catch: Gilbert (Arnaud Ducret), the executive responsible for determining whether the plant gets built also happens to be her father. Clearly putting the wellbeing of the planet before her family, Alice attempt to steal her father’s laptop to see if she can forcibly stop him. But, a skirmish with an apparent time traveller results in both Alice and her father being transported to a nuclear wasteland 500 years in the future. Upon observing his new surroundings, Gilbert initially believes he has been relocated to Belgium. There are clearly some jokes in The Visitor from the Future which might not land outside of French-speaking territories.

It probably won’t come as a surprise to learn that Gilbert’s plant was responsible for turning the Earth into a desolate wasteland. One of the most interesting aspects of The Visitor from the Future was how it refuses to present morality in black-and-white terms. Gilbert is initially presented as a greedy and ruthless businessman who will do anything to make a profit. But after he’s transported to a wasteland of his own making, he actually proves to be a far more nuanced individual. He often goes to great lengths to protect his daughter and the ragtag group of survivors they join forces with. His character arc leads viewers to wonder if he changes his position on the construction of the power plant if he ever makes it back to his own time. Many of us will also no doubt feel jealous of Gilbert for actually having the opportunity to right the wrongs of his past.

In addition to the hoards of ravenous zombies and warlords who want to kill Alice and Gilbert during their stay in the 26th century, the pair and their colleagues are also pursued by time travelling police force. They want to prevent the group from altering the outcome of events which have already transpired. And for a film which was clearly produced without a Hollywood-level budget, The Visitor from the Future still offered some impressive visual effects and action sequences.

At the same time, the trio of 25th-century activists responsible for bringing Alice and Gilbert to the future in the first place are each memorable in their own right. You won’t know whether to laugh or cry when one of them delivers what Alice expects to be a grand meal, only for her to find a plate containing three crackers covered with a mysterious sauce.

Seeing as there have been countless time travel movies by this point, The Visitor from the Future deserves credit for trying to offer something different instead of taking the same route we have already seen countless times before. The film also expertly balances its complex moral dilemmas with plenty of humor and fun action scenes, making it a fun viewing experience regardless of the mood you happen to be in. If you are looking for a sci-fi adventure which presents an introspective moral dilemma without becoming too preachy or self-righteous, you are definitely in for a good time. 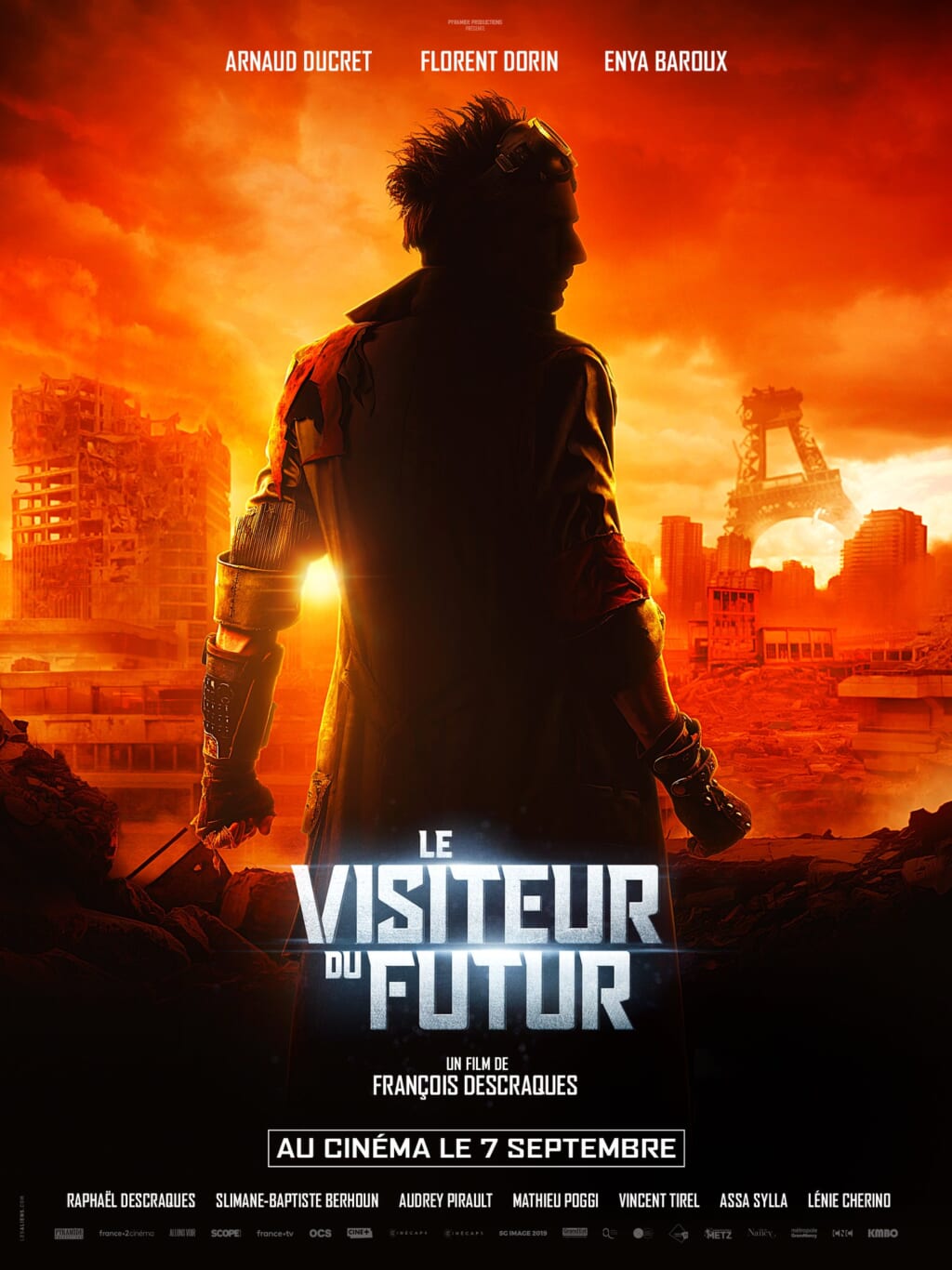 Filled with thought-provoking scenes and plenty of laugh out loud moments, sci-fi fans will probably find plenty to enjoy with The Visitor from the Future.

Another Self | Official Trailer