‘Beavis and Butt-Head Do the Universe’ Review: Two Dummies Go 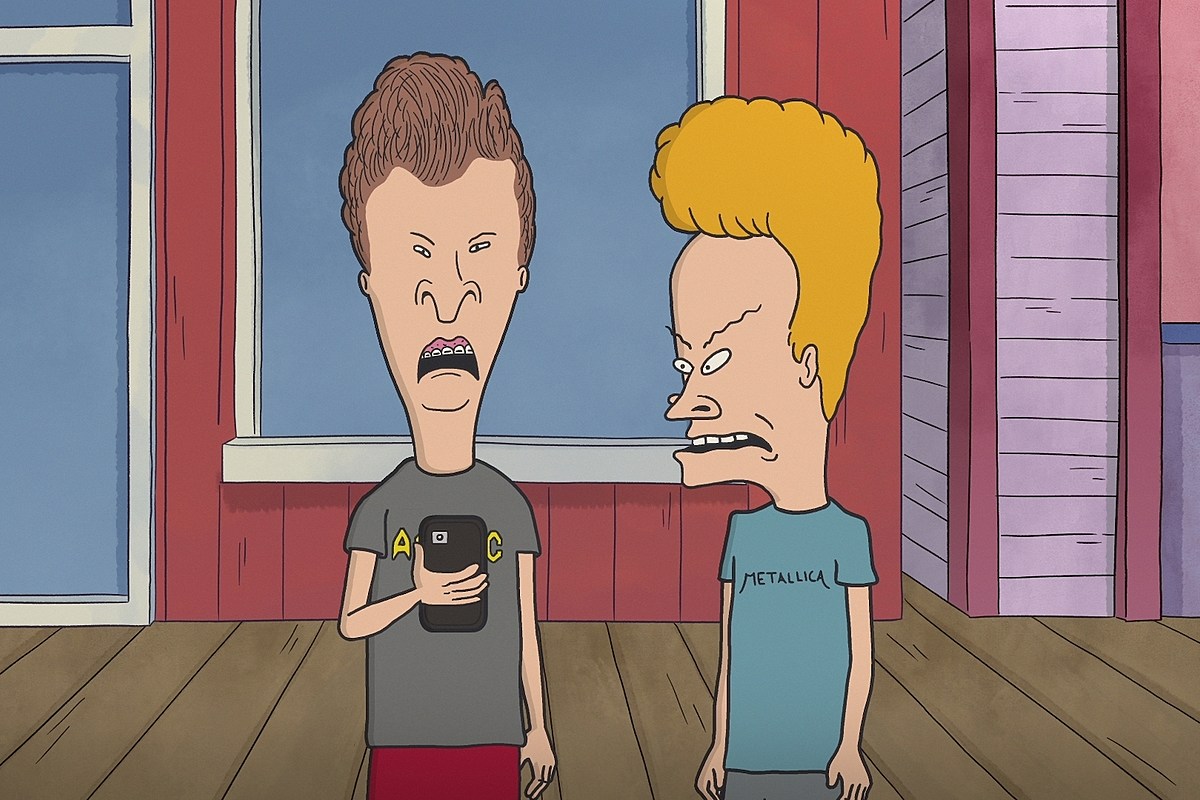 Parents hated a lot of stuff in the 1990s, but Public Enemy #1 as far as watchdog groups were concerned were animated TV series. Bart Simpson and his anti-authority catchphrases got The Simpsons shirts banned from my elementary school (and right after my mom bought me a killer Bartman sweater, too). A few years later, South Park generated so many controversies they now have their own WIkipedia page.

And then there was the worst of them all: Beavis and Butt-Head. MIke Judge’s pair of obnoxious, chuckling idiots became the poster children for (or were sometimes blamed as the cause of!) the moral rot at the heart of American teenagers in the ’90s. Beavis and Butt-Head didn’t respect their elders! They loved setting things on fire! They made vague sexual innuendos!

BEAVIS AND BUTT-HEAD TO THE UNIVERSEParamount+

The film openly acknowledges that a lot has changed since Beavis and Butt-Head’s glory days. Do the Universe opens in 1998, where the two dummies (both voiced by Judge) destroy their school’s science fair and are handed a very peculiar punishment: A stint in Space Camp. There, they quickly prove themselves to be preternaturally talented with the space shuttle’s robot arm. Why are they so good at it, you ask? Just imagine what you could do with a robot arm and a large phallic-shaped telescope. The jokes pretty much write themselves from there.

Beavis and Butt-Head don’t remain in the past for long. Their, uh, skills with their hands get them sent into space as part of an important mission which they promptly screw up. From there they are dragged into what appears to be the black hole from Interstellar, which flings them into the year 2022. There, they resume their quest to “score” with one of the former astronauts from their crew (voiced by Andrea Savage). Meanwhile, the government tries to hunt down what they believe are alien life forms that have emerged from this black hole. Can you blame them for being confused? Look at the size of their heads compared to their torsos!

At the same moment, a “smart” Beavis and Butt-Head — who look exactly like the Watcher from Marvel’s What If…? series — arrive from an alternate dimension with an urgent warning for our “not smart” Beavis and Butt-Head: Travel to a portal hidden at the top of Mount Everest or the entire multiverse is doomed. (They quickly realized they have overestimated B&B’s intelligence and initiative, and relocate the portal to a much closer location.)

BEAVIS AND BUTT-HEAD TO THE UNIVERSEParamount+

When Beavis and Butt-Head arrive in our time, there are some fun jokes about their befuddlement at the concept of phones that can take pictures or pay for nachos. But the various chase plots all swirling around each other mean there isn’t a lot of time to wring all the comedy juice out of the culture shock these two ’90s simpletons encounter when faced with modern technology and attitudes. What would they think of Twitter? Of social media influencers? Of vegans?

Most importantly: What would they think of music? Do the Universe is also missing my favorite part of the original Beavis and Butt-Head TV series: When the pair sat on their couch and made fun of music videos like a dumbass version of Mystery Science Theater 3000. Admittedly, those sorts of interstitials don’t really work within the confines of a plot-driven feature film, but between YouTube and TikTok, there are so many things out there Beavis and Butt-Head could mock. That feels like an enormous missed opportunity.

BEAVIS AND BUTT-HEAD DO THE UNIVERSEParamount+

Still, even if Beavis and Butt-Head Do the Universe doesn’t quite achieve its full potential, and the overall package feels a little archaic in 2022, it does land a bunch of big laughs. And that’s where the calculus of streaming comes in. Would I recommended this movie if you had to spend $18 in a theater to see it? Probably not. But the film is streaming on Paramount+, where a subscription will run you ten bucks a month — and if you’ve never signed up before, you can get the first month free.

10 Famous Actors Who Lied To Get Movie And TV Roles

These actors told some minor fibs to score roles in major Hollywood productions.