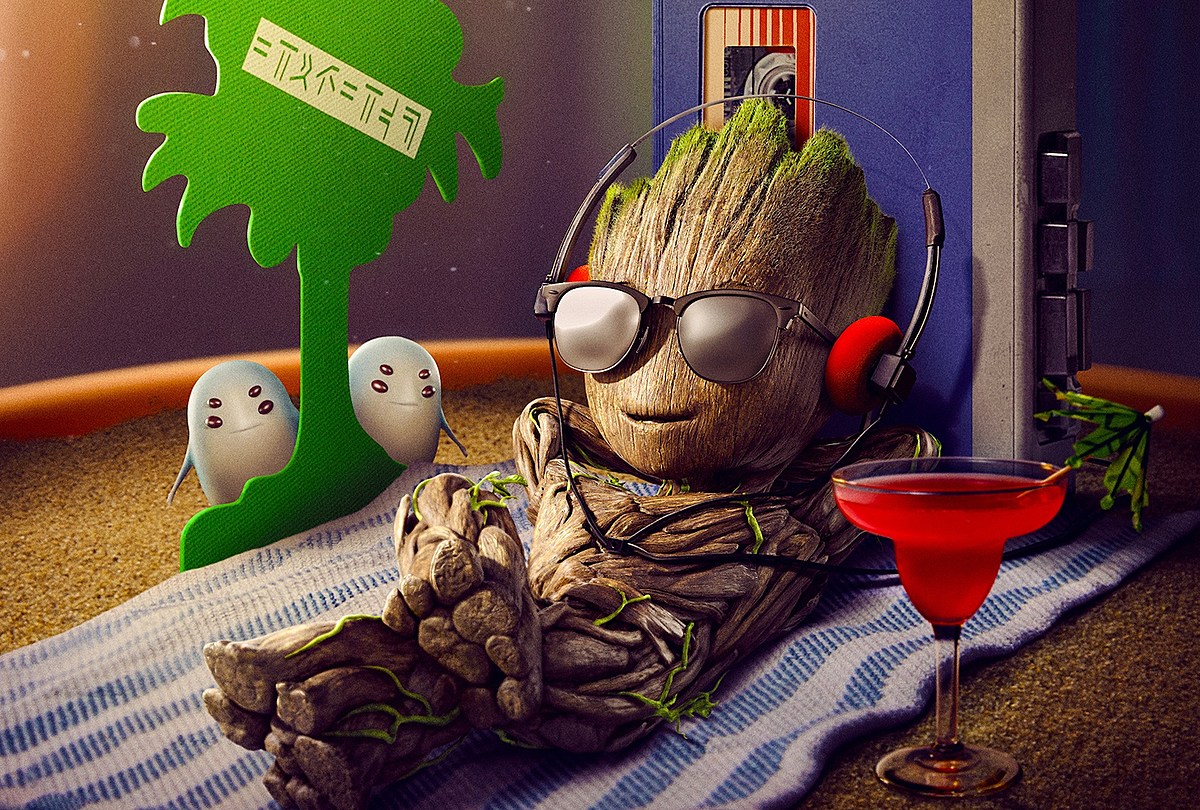 If I had to guess which of the Guardians of the Galaxy would get their own solo spinoff first, I probably wouldn’t have picked the sentient tree whose vocabulary consists of only three words.

But those words are the title of the first Guardians spinoff: I Am Groot. The galaxy’s most beloved talking shrubbery will take center stage on Disney+ later this summer, in a series of five short films. They’re written and directed by Kirsten Lepore, who was the animation director of the Marcel the Shell With Shoes On movie, and has also worked on Adventure Time and Ask the Storybots.

There’s no trailer for the series yet, but Vin Diesel will return to reprise his role as Groot. Do you think he has to record new “I am Groot!“s every time they make something, or do they just have a library of his lines in a variety of tones and inflections that they can just use to suit any particular mood? How much does Vin Diesel get paid per I Am Groot!?

Here is the poster for the series:

And here is I Am Groot’s official synopsis:

“I Am Groot” is a collection of five original shorts starring Baby Groot, everyone’s favorite little tree, and will feature several new and unusual characters. All five shorts will be available for viewers to watch upon launch. There’s no guarding the galaxy from this mischievous toddler! So get ready as Baby Groot takes center stage in his very owns series, exploring his glory days growing up—and getting into trouble—among the stars.

Not everyone wants to be a part of the Marvel universe. These actors all got offered high-profile gigs in Marvel movies and turned them down.