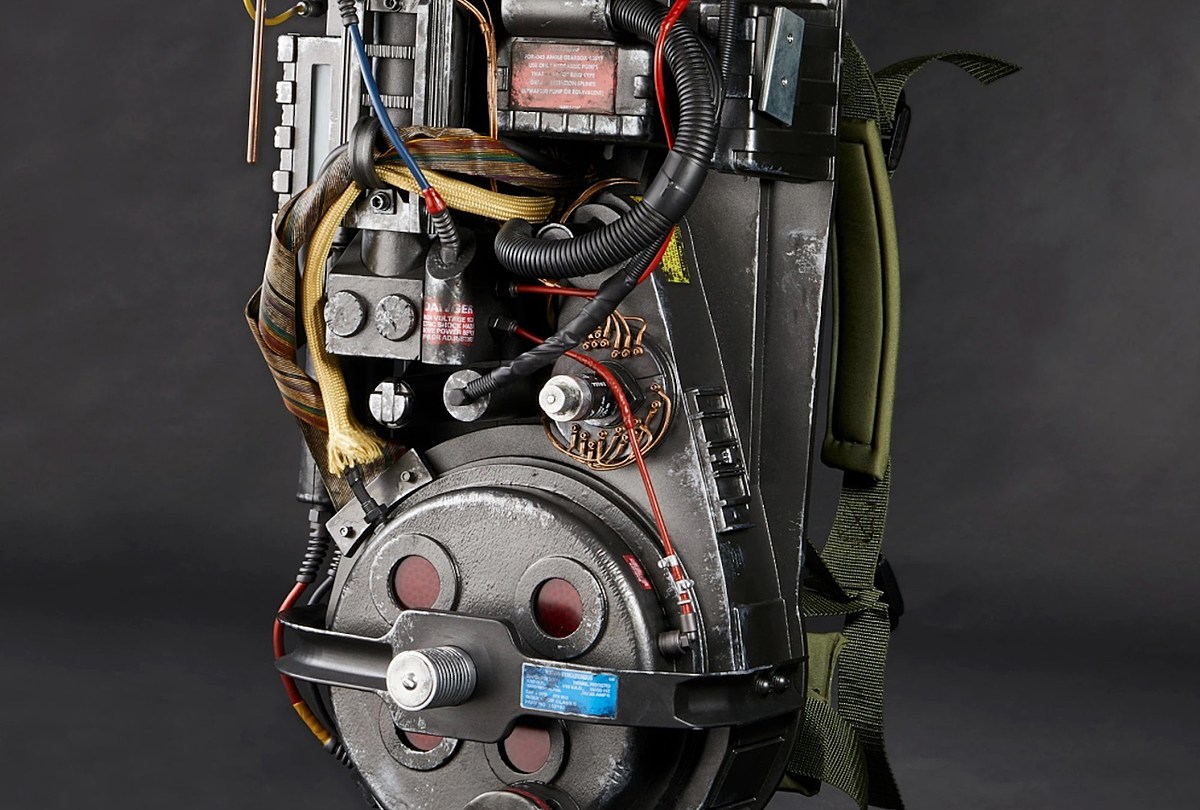 If you’ve always dreamed of strapping a proton pack on your back and battling ghosts on Central Park West, you are now a little bit closer to make those fantasies a reality — or at least an extremely convincing cosplay. The toymakers of Hasbro are now offering a very detailed and screen accurate version of the Ghostbusters’ proton pack through their HasLab crowdfunding site.

Their website boasts that this new extremely elaborate toy is “movie-inspired” and “1:1-scale, and was “scanned directly from the Ghostbusters: Afterlife Proton Pack hero prop.” It contains “lights, sounds, AND a motor” and two different play modes; one for Afterlife and one for the original Ghostbusters film. Members of Hasbro’s “premium” membership will also get four “ecto-plasm goo” accessories if they order before this Friday at 7PM ET.

Here are some images of the pack:

The catch? Actually, there are two. First of all, the proton pack is almost as expensive as developing an unlicensed nuclear accelerator and strapping it your back. It costs $399.99. Plus, the pack does not come with a neutrona wand. The HasLab page for the pack encourages you to buy one separately for $124.99. Busting might make you feel good, but it will put a hurting on your wallet.

If you want to back the pack you have until December 12 to order one. Hasbro will produce the item if they get 7,000 backers by then; as of this writing, they already have over 4,000 people signed up. There are also four different stretch goals for the proton pack, although Hasbro hasn’t revealed any details about what they might include yet. Ghostbusters: Afterlife opens in theaters on November 19 — but if the pack gets fully funded they won’t ship until spring of 2023.

Do Teens Know These Iconic Horror Movies? (Scream, Silence of

Interview with Linda Mahkovec, Author of The Notebooks of Honora