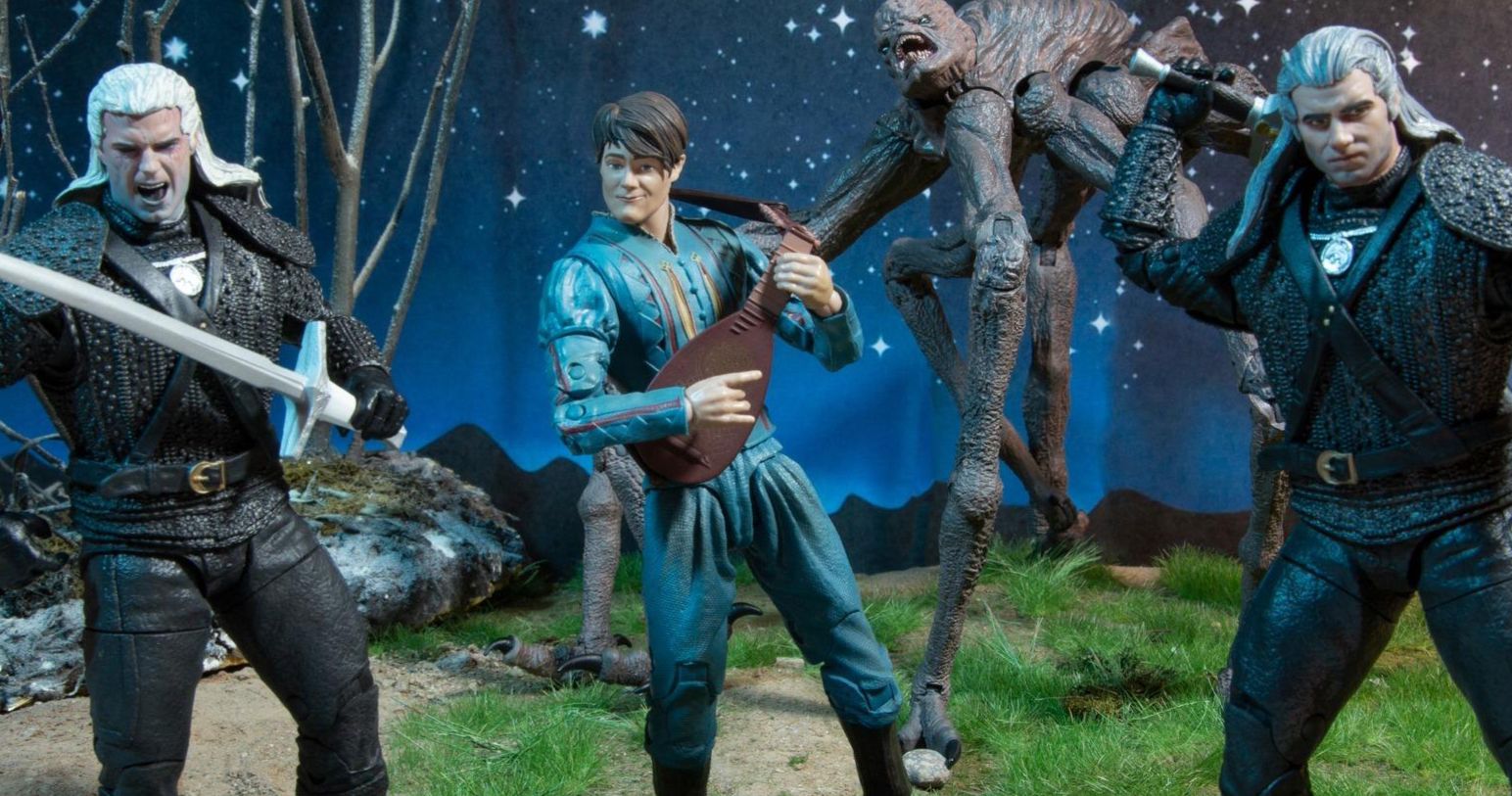 Netflix and McFarlane teased The Witcher action figure collection in 2020, and you can finally pre-order Geralt, Jaksier and the Kikimore now.

With The Witcher season 2 heading our way, there’s no better time for McFarlane Toys to make good on their December 2020 tease for their action figure collection based on the popular Netflix series. Bearing likenesses to the characters as seen in the show, the first wave of toys includes 7-inch scale versions of Jaskier, two different Geralt figures and a scaled Kikimora monster as seen in the first season. The single figures cost around $29.99, while the larger Kikimora comes in around $39.99, and the entire set is available to order now, with delivery expected around December 19th.

Like most tie-in toys from McFarlane, the figures are super-articulated with multiple joints to allow you to pose them in pretty much any way you like, whether it is to recreate scenes from the series or to make some of your own. The first version of Geralt includes a sword, fabric cloak, season 1 accurate armor and a standing base, while the battle version brings out the character’s darker side with an angry, pale face as he prepares to battle the monstrous Kikimora. The creature itself boasts 22 moving parts, with various points of articulation along its hideous legs, and it also has an alternative head with a concealed hole that allows Geralt’s sword to deliver a fatal blow.

As any toy collector will know, this first wave will be followed by more from the series, but don’t expect them to come flowing live a river, as these things take time. As a rough timeline, it is possible that we could see a second wave arrive for preorder to coincide with the launch of season 2 in December, and then we will likely have a few months to wait before any future announcements. By the time season 3 rolls out at the end of 2022, it could be possible to have a reasonable collection building.

In addition to the McFarlane series of toys, Funko collectors also have the chance to expand their Pop figure collections by pre-ordering their new Geralt on his horse Roach. This is the first Witcher figure released from the franchise, but as with most of the Funko Pop collections, they never stop at just one.

Netflix unveiled a number of teasers and treats for Witcher fans at their recent TUDUM event, including the release date of season 2 and the promise that season 3 will follow. In addition to that, they also revealed that the franchise will be branching out with another animated film and a series for children, proving that Netflix are fully invested in bringing the universe of The Witcher fully to life. The synopsis for season 2 was released on the streamer’s site, giving a small insight into what is coming in December.

It reads: “Convinced Yennefer’s life was lost at the Battle of Sodden, Geralt of Rivia brings Princess Cirilla to the safest place he knows, his childhood home of Kaer Morhen. While the Continent’s kings, elves, humans and demons strive for supremacy outside its walls, he must protect the girl from something far more dangerous: the mysterious power she possesses inside.”

Season 1 of The Witcher, and the anime movie Nightmare of The Wolf are both available to stream now on Netflix, while The Witcher season 2 arrives on December 17th.

Studio 666 takes us into a haunted studio with the Foo Fighters battling menacing apparitions.