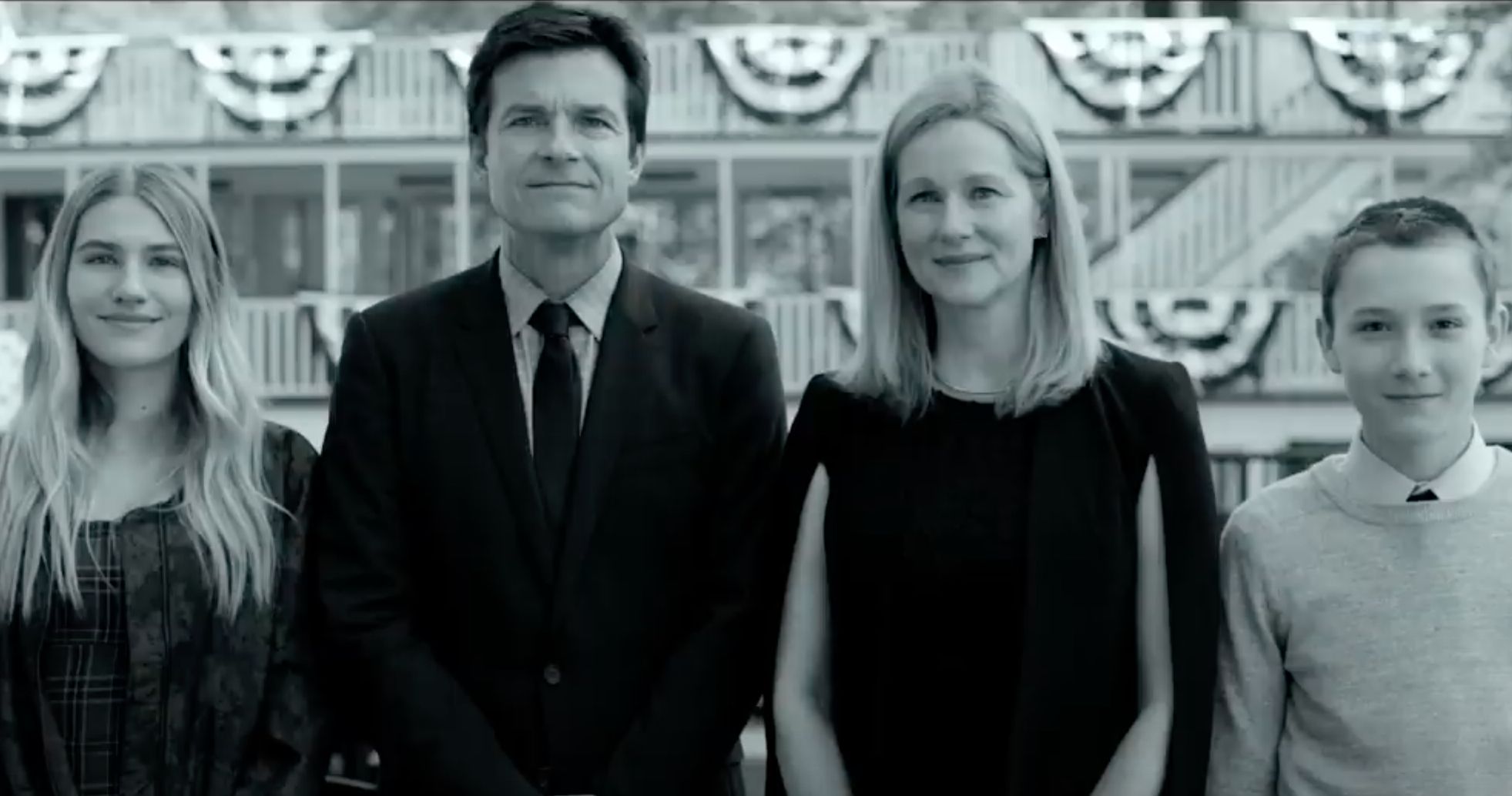 We have a new look at the fourth and final season of Ozark, which will premiere on Netflix in January. Consisting of two parts with seven episodes each, the first part premieres January 21, 2022. For now, you can check out a new teaser trailer below, along with some first look photos.

The logline for Ozark season 4, part 1 reads, “Marty and Wendy are rid of Helen and climb to the top of Navarro’s empire. They find another opportunity to get out of the Ozarks but some past sins won’t stay buried and the most dangerous threats come from blood.”

The Byrdes are back along with everyone’s favorite foul-mouthed local, Ruth, and some new faces in the new images released by Netflix. This includes Javi Elizonddro (Alfonso Herrera), Navarro’s nephew who’s tired of playing the obedient lieutenant and looks to seize power for himself; Mel Sattem (Adam Rothenberg), a disgraced ex-cop turned P.I. who arrives to get Helen’s signature on her divorce papers and stumbled into the Byrdes’ dirty laundry; and Clare Shaw (Katrina Lenk), CEO of a leading biopharmaceutical company who makes a deal with the Byrdes and learns the true cost of power.

In a previous interview with EW, Ozark showrunner Chris Mundy said of what’s next for the Byrdes, “As good as Helen is, there’s other lawyers in the world. But Wendy and Marty have now pulled off two impossibilities for him. One is getting a casino to launder through in the first place, which is sort of the holy grail of money laundering. And the second is that, at least in Navarro’s mind, their claim that they have the FBI on their side and can swing the power of the U.S. government in the intervention in the drug war against their rivals, that’s something virtually no one else can do, and that essentially tipped the scales for Marty and Wendy.”

You can catch the first part of season 4 of Ozark when the show returns to Netflix on Jan. 21, 2022. To watch previous episodes, you can find them streaming now on Netflix. It’s bittersweet to see the series come to an end, as while it can potentially go out on a high note with a very strong fourth season, it will be hard for those who’ve been watching from the start to say goodbye. In any case, the series should be celebrated for its incredible success since launching in 2017, with consistent attention at awards season, including Jason Bateman winning for directing and Julia Garner picking up two sins for Outstanding Supporting Actress at the Primetime Emmy Awards.

Ghost Rider casting rumors have been making the rounds and now Gabriel Luna is suggesting he’s not through just yet with his own incarnation.