Two of the greatest Japanese role-playing games ever made have finally arrived on modern gaming systems in high definition as Atlus has brought Persona 3 Portable and Persona 4 Golden to PlayStation 4, Nintendo Switch, Xbox Series X|S, and Xbox One (and, in Portable‘s case, PC). While it’s easy to get intimidated by their length — both span over 60 hours apiece — they still offer two of the genre’s best experiences and are well worth the investment.

These classics thankfully haven’t been overly tampered with, as Atlus has instead focused on adding some solid quality-of-life upgrades instead of overhauling everything. For example, players can swap between any of the five difficulty levels at any point, which wasn’t a luxury in the prior releases. This is great as there are a few tricky boss fights that can be quite difficult without being the right level or having the right personas. There’s also the ability to quick save at any time in a dungeon rather than having to reach a designated save point, which reduces the stress that save points often bring and the tedium associated with tracking one down. Players can even now rewatch social link moments in Golden via a photo album, a small touch for those who want to relive those moments in a more convenient way.

Even though both have been slightly modernized, new players should, as backward as it seems, check out Persona 4 Golden first. A remastered version of the PS2 hit, it includes one of the most memorable casts of characters in all of gaming, a highly satisfying combat system, and a story revolving around a dark murder mystery in a small Japanese town. While the opening hours start off a bit slow, the world and character-building all pay off once players go to its shadow world, which is where players will face all sorts of demons while solving the supernatural case. 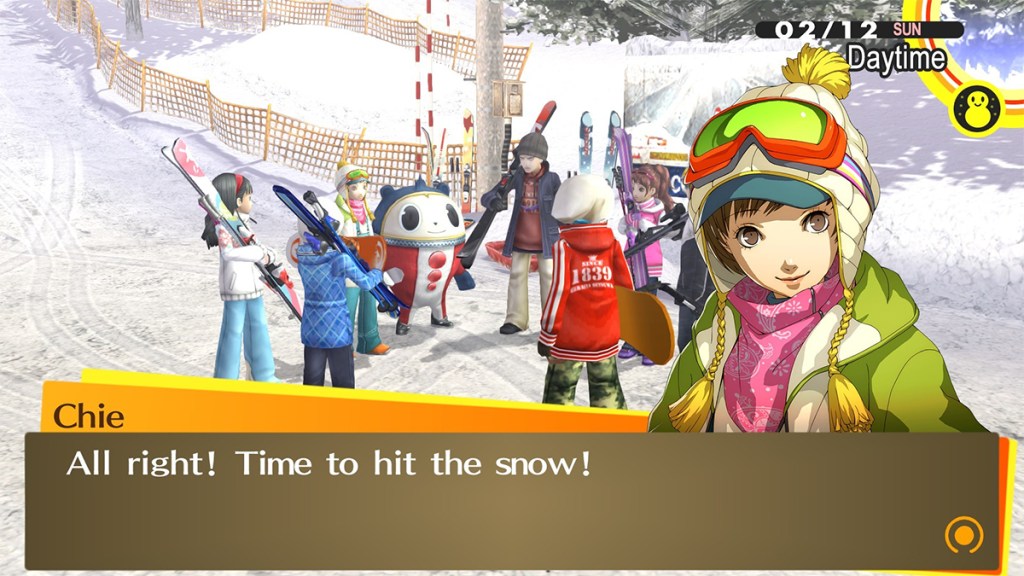 Regardless of the starting position, however, both are fantastic games because they take the time to flesh out their characters in ways that are still impressive today. Using a calendar system, the two allow players to choose how they want to spend their downtime in the world. Whether that is taking a part-time job to gain more money and flesh out their own abilities or grinding in a dungeon, this gives a great amount of choice and variety to each person’s playthrough.

The most rewarding aspect, though, is spending time with party members and developing friendships with them. Each character has a social link that can be leveled up, which rewards players with new combat abilities and backstories for each character. Over the several hang-out sessions that are sometimes gated between your own social abilities (such as the amount of kindness or guts you’ve developed), you’ll get to know and care about the characters on a new level. You can even begin a romantic relationship with a special someone if you wish (or even more if you’re a two-timing monster).

It’s almost impossible to not grow and love these characters through the story’s twists and turns. While there are other games that rival its length, like recent Assassin’s Creed entries and other RPGs, they’re often bloated with uneventful side quests and characters that don’t go through meaningful change within their own story arc. What’s really special about the recent Persona titles is that each cast member is given the time to grow and there is little fluff despite the length — it’s long because there’s a lot of story to tell rather than just being padded out to keep players engaged within its ecosystem longer. Even the moments that seem inconsequential to the core story, such as a class field trip, lead to character dynamics changing and meaningful moments occurring. 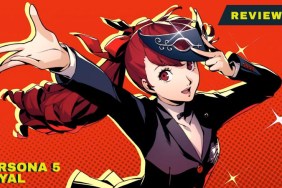 Even Persona 3 Portable, the oldest of the three modern Persona entries that are now playable across all modern systems, has aged gracefully. The story is a bit wilder than Persona 4 and 5‘s more grounded narratives, as there are some sci-fi elements, such as androids, and high stakes, worldwide threats. Despite these turns, its darker themes still resonate today and Portable refines its gameplay and features to be more like Persona 4, so it won’t feel like a step backward in any sense.

This applies to each of these ports and they all feel varied and different enough to where it never feels like a retread of the same ideas. Time has also been kind to these entries, as they are both stick out enough from one another and the gaming scene at large. The small adjustments made here have only further cemented them as some of the best RPGs of all time and made them more convenient to play.