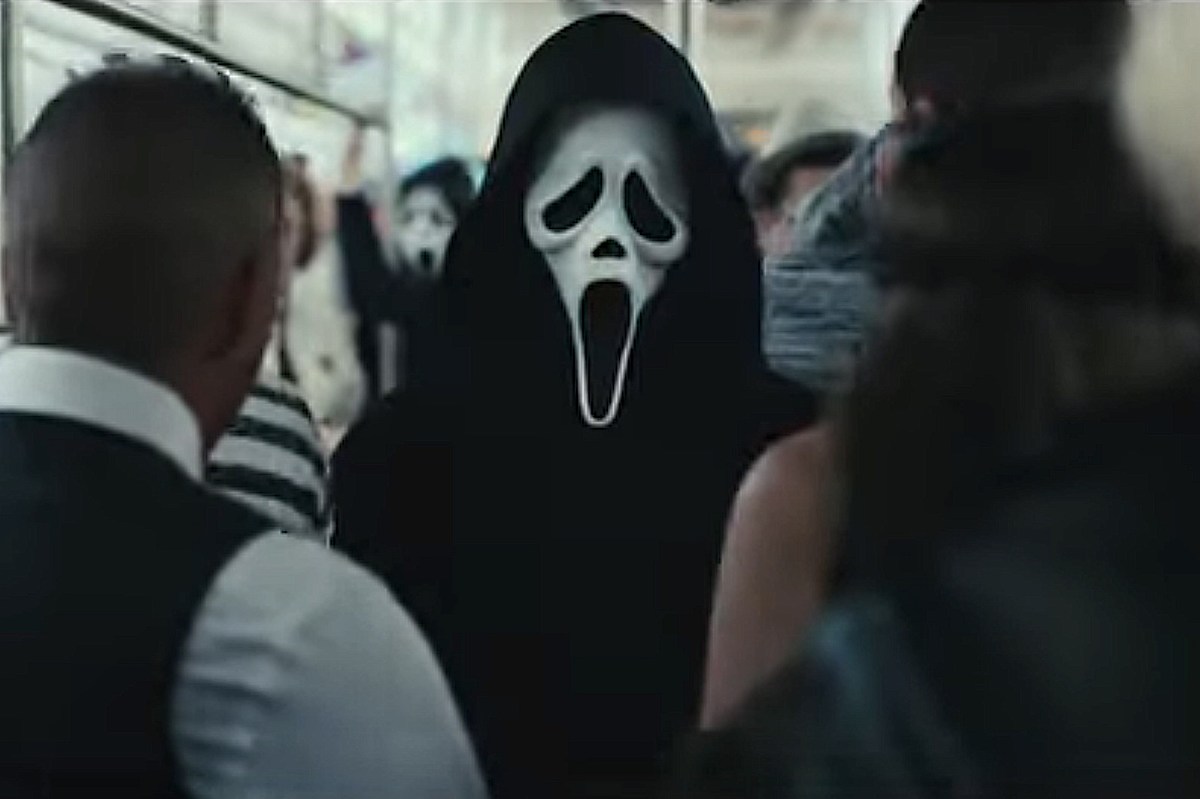 Scream took an 11-year break between Scream 4 and Scream (5, although they didn’t call it that), but the franchise is not wasting any time getting on to what’s been dubbed Scream VI. Barely more than a year after Scream (5) hit theaters, Scream VI is coming to town — New York City to be specific.

Yes, after spending almost all of the previous five films in and around the area of the fictional Woodsboro, California, Scream VI will relocate the franchise to the Big Apple. Yes, Ghostface takes Manhattan in the new film — and in its first trailer we see how easy for everyone’s favorite metatextual slasher villain to blend in on a subway car on Halloween filled with people in costume. Yikes.

There’s a new poster for the film as well.

Here is the film’s official synopsis:

While the synopsis mentions “the four survivors” you will note that Neve Campbell’s Sidney survived Scream (5) but is not appearing in this sequel, making Scream VI the first installment of the franchise without her character. The trailer doesn’t explain her absence — although the synopsis suggests…maybe they killed off Sidney between films?

10 Horror Movies That Are Supposedly Cursed

From mysterious on-set accidents to unexplainable audience reactions, these movies have all gained a reputation for being cursed.