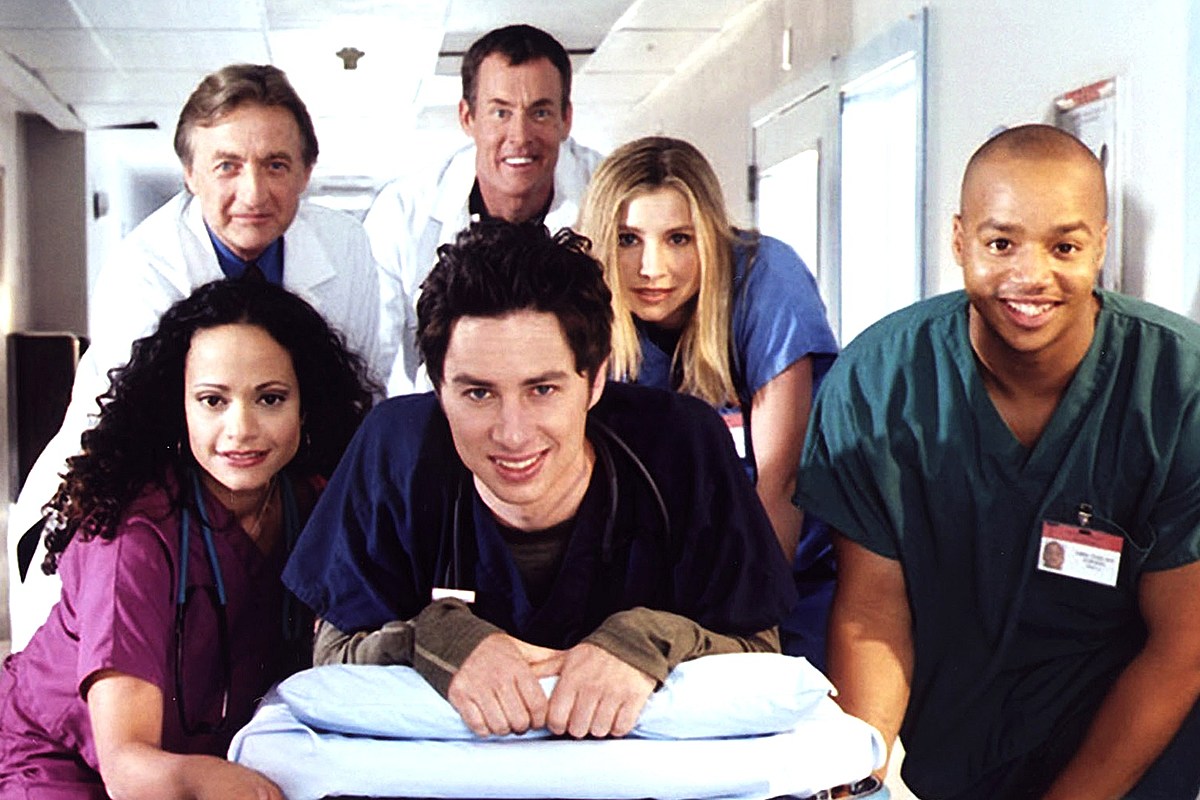 During an ATX TV panel this year, the cast and crew of the hit comedy Scrubs answered tons of questions about the show. That’s not all though. They ended up teasing a potential revival, or at the very least, a revisiting of the characters. We’re not entirely sure what it would end up looking like, but Donald Faison, who played Turk, thinks a movie would be best.

Lawrence said: “We’re all so grateful any of you still care, it gives us an excuse to hang out together. We are happy to spend time with each other in any way.” Of course, what’s a better excuse to hang out than working on a revival? When asked, Donald Faison replied, saying:

‘Here’s the deal: I think we all want a reboot and want to work together again but it couldn’t be a full season. Maybe like a movie or something we could shoot in a few months,’ Faison said. ‘With everything Bill is doing now, he’s never going to be free again. If he finds the time, we’ll do it.’

Lawrence added: “We’re gonna do it because people still care about it and we enjoy spending time with each other.”

Judy Reyes says she thinks that JD and Turk would come out if there was a reboot. She also shares a little bit about her character from a behind-the-scenes perspective. She says she went to the writers about her character. She wanted to be funny. Lawrence explained, “Judy was the emotional backbone and the dramatic spine of the show. From the beginning, she made the whole thing real.”

While we don’t have anything definitive to say about when this whole thing will come together, we do know that it sounds like there’s more Scrubs on the way, so stay on the lookout for more news!

The 10 Worst Romantic Comedy Clichés Of All Time

Here are the most annoying tropes we’re tired of seeing in rom-coms.