Universal Pictures has announced the She Said Peacock, Blu-ray, and digital release dates for the critically acclaimed drama.

It will release first digitally on January 6, 2023, which is when it will also become available to stream on Peacock, and will then come to Blu-ray on January 10, 2023. The movie also comes in a DVD Collector’s Edition. Although no further details were provided, the different editions will feature special bonuses listed as the theatrical trailer and a featurette titled “Breaking The Story.”

Take a look at the She Said Blu-ray artwork below: 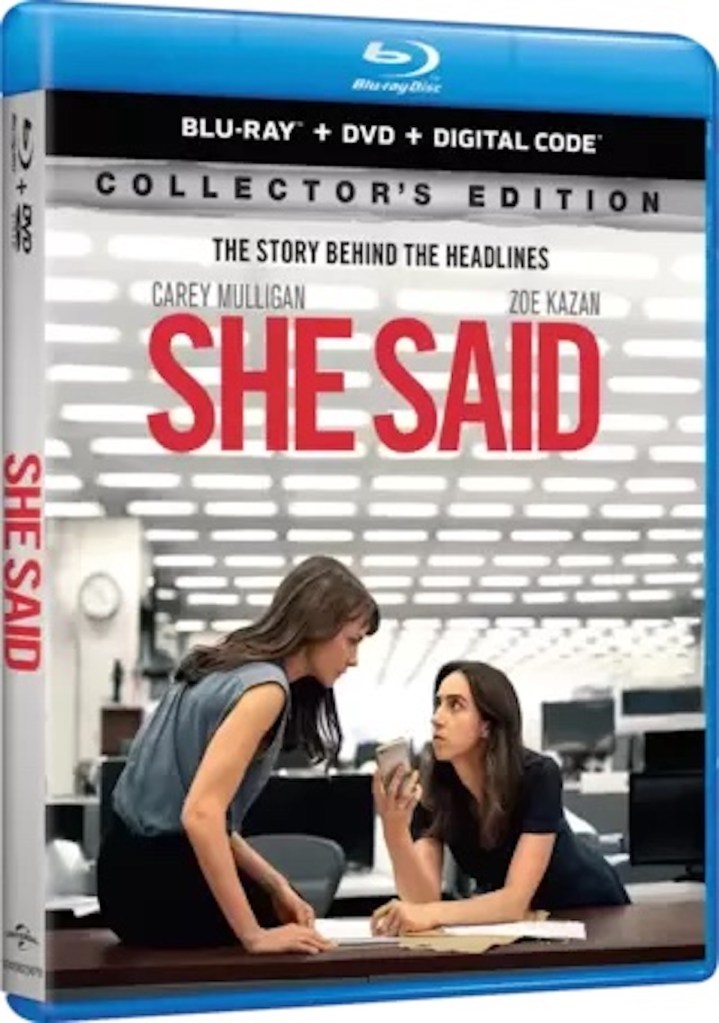 She Said is based on Jodi Kantor and Megan Twohey’s 2019 non-fiction book. Maria Schrader directed the movie from a screenplay by Rebecca Lenkiewicz. Joining Carey Mulligan and Zoe Kazan are Patricia Clarkson, Andre Braugher, Samantha Morton, Tom Pelphrey, and Adam Shapiro. The movie started its theatrical run on November 18 and grossed $11.5 million at the box office.

“The film follows New York Times reporters Megan Twohey and Jodi Kantor as they broke together one of the most important stories in a generation— a story that helped propel the #Metoo movement, shattered decades of silence around the subject of sexual assault in Hollywood and altered American culture forever,” reads the synopsis.

The Best Reviewed Movies of 2022