When Should You Go to the Bathroom During ‘The Way 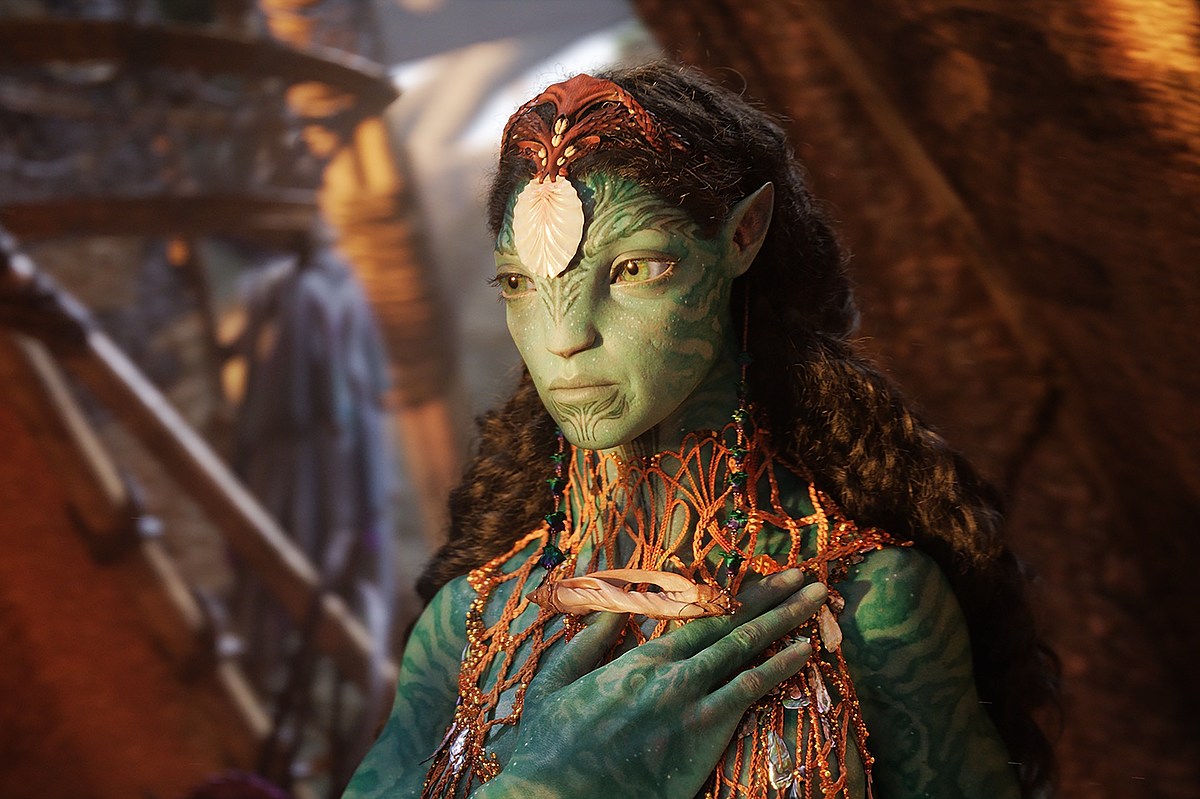 NOTE: If you’re reading this we assume you a) haven’t seen Avatar: The Way of Water yet and b) you have a small bladder. (We can relate.) So we’re not going to spoil the movie in this piece. It contains only the minimal essential info you need to make an informed decision about when to make a dash for the restroom.

When asked by a reporter when he would recommend audiences take a bathroom break during Avatar: The Way of Water, James Cameron gave an amusing answer.

“Any time they want. They can see the scene they missed when they come see it again.”

Witty — but not especially helpful. The reality is Avatar: The Way of Water is over 190 minutes long. Have you seen the size of the soft drinks they sell at the concession stand? Plus, the movie is literally called The Way of Water and a huge chunk of it takes place in, around, and underwater. If you are prone to needing a bathroom break during movies, Avatar 2 amounts to the cinematic equivalent of sticking a sleeping person’s hand in a glass of hot water for three straight hours.

So if you want to go into The Way of Water with a plan for just such an emergency, here’s what to know — again, with the absolute bare minimum of spoilers involved.

Essentially, the movie is structured in three hourlong acts. Without going into detail about the reasons why or where precisely they are going, the first act ends with Jake Sully (Sam Worthington), Neytiri (Zoe Saldana), and their kids venturing out across the Pandoran ocean. They climb on their banshees (those are the Pandoran dragons they ride like flying horses) and leave their homes in search of … well, again, without spoiling it, they’re going somewhere. And when you see them do that — fly off over the water all together xas a family — that’s when I would go find my way of toilet water, if you catch my meaning.

If you hustle, you should be able to get back in your seat just in time for Jake, Neytiri, and the rest of the Sullys to arrive at their destination, where they will meet a bunch of new characters who become important to the rest of The Way of Water’s story. But even if you are slow returning to the theater, you will be able to catch back up during the film’s long second act, as the characters get acclimated to their new surroundings and neighbors.

And if not, there is always James Cameron’s plan: Go to the restroom whenever you want and see the film a second time. Avatar: The Way of Water is now playing in theaters.

According to the Internet Movie Database, these were the top 10 movies of the year.