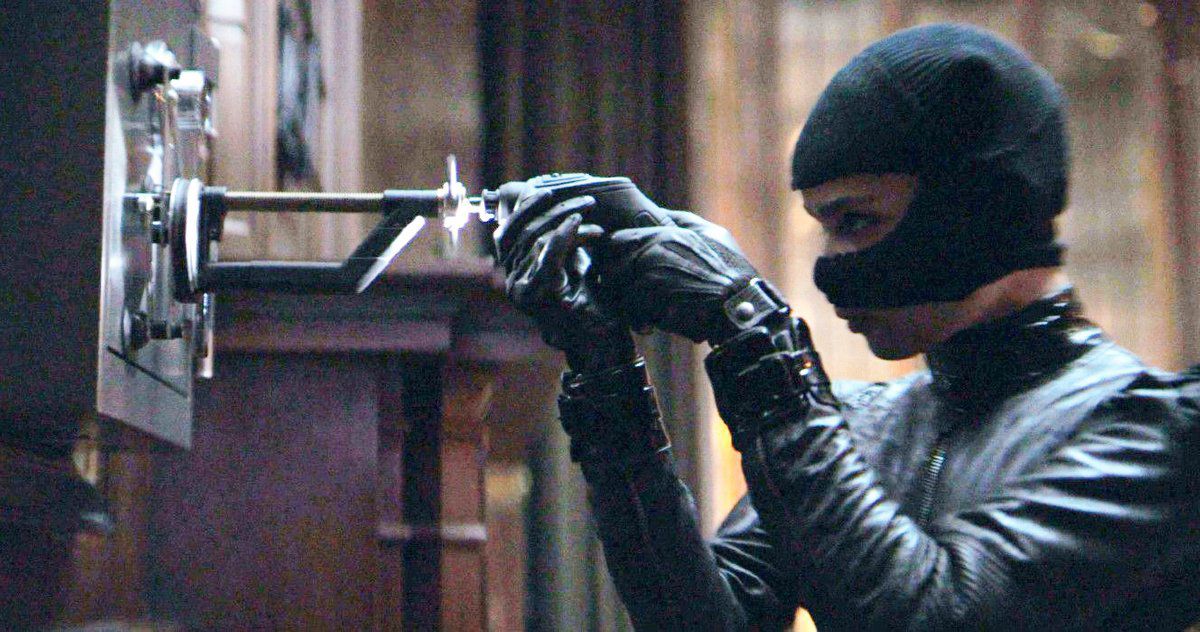 Kravitz walks us through the process of working with Matt Reeves and the importance of honoring the fans.

In Matt Reeves’ upcoming DC Comics adventure The Batman, Zoë Kravitz has been zipped-up into the near-painted-on Catwoman suit, following in the foots-steps of Eartha Kitt, Michelle Pfeiffer, Halle Berry and, most recently, Anne Hathaway. Zoë Kravitz sat down with ‘Another Magazine’ to discuss landing the iconic role.

“My agent called me and was like, ‘They’re making a Batman movie and there’s a Catwoman role. You’re on the list of actors they are looking at.’ I think the first thing that happened was I went to LA and met with Matt Reeves, the director, who also wrote the script, and just talked to him.

“I read the script. Then he talked with me again to hear my thoughts, to see if we were on the same page. I didn’t know him well and it was a bit of a process. When these big opportunities come up, these big roles, and you really want them, it’s heartbreaking when you don’t get them. You put a lot of energy into it.”

“The thing that I tried to keep in check throughout, though, was just wanting to be agreeable and likeable to get the role. To read the script and say, “I love it. I love everything about it.” Then I go to the audition and I have this puppy dog energy.”

“It was important to give him an idea of what it’s really like to work with me. To say what I really think and, if we’re on set together, to ask the questions I want to ask. I tried to come at it from the angle where I am showing him what I see and feel about this character. I believe that’s why it happened and I got the role. Matt’s a fantastic director, and he’s really into talking about the character. We had some really good conversations. I had some thoughts about the character once I’d read the script too and they were welcomed.”

When asked of the massive fan base of hardcore superhero fans and the film’s importance to them, Zoë Kravitz responded,

“They are, and because I respect them so much I chose not to think about them when making the movie. If I’m thinking about wanting everyone to like it and wanting all the fans to like it, I’m not going to actually bring a real person to life. Matt wrote a really interesting story with a complex character, and the relationships are really interesting. All I wanted to do was honour that story.”

And has she seen all of the Batman movies?

“I’ve seen all the movies, yeah. I’ve read some of the comics now, but I wasn’t a comic head or anything. I also tried to think about it not as Catwoman, but as a woman, how does this make me feel? How are we approaching this and how are we making sure we’re not fetishising or creating a stereotype? I knew it needed to be a real person.”

In The Batman we will see Zoe Kravitz as Catwoman, Robert Pattinson as our new Dark Knight, with Paul Dano as Riddler. Our new cast of villain roles will be John Turturro as Carmine Falcone, and Colin Farrell as Penguin, with other cast members including Jeffrey Wright as Commissioner Jim Gordon and Andy Serkis as Alfred Pennyworth. The Batman is currently slated to be released in theaters on March 4, 2022. These quotes first appeared at AnotherMag.com