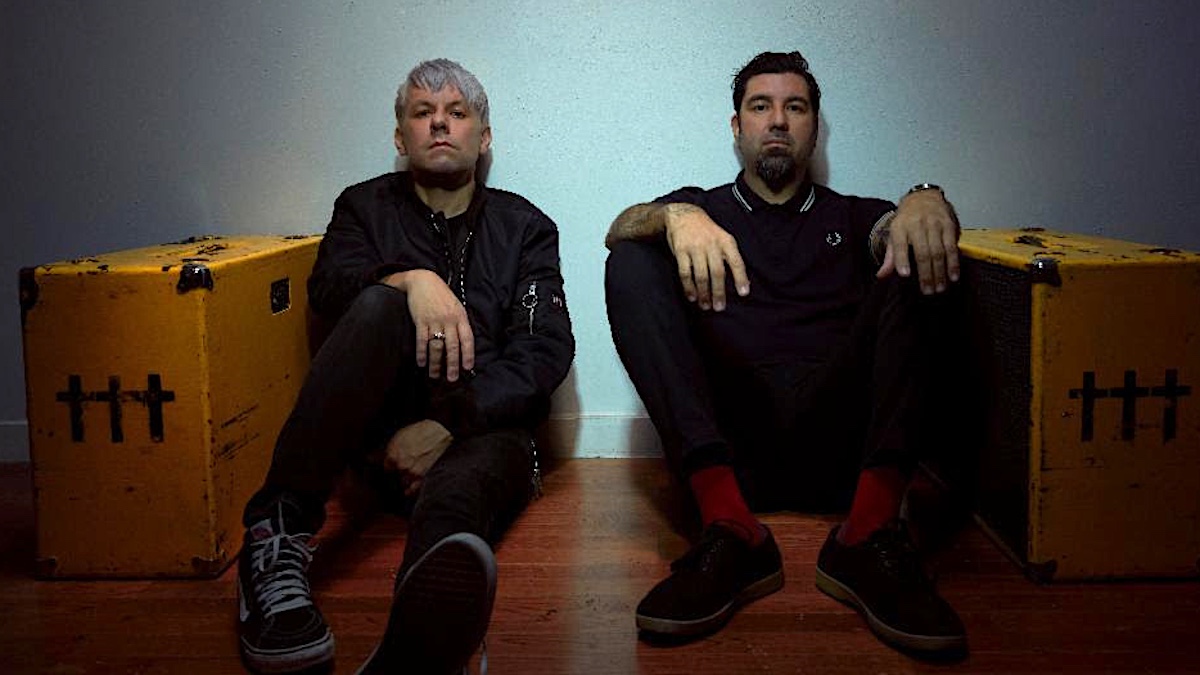 ††† (Crosses), the duo featuring Deftones singer Chino Moreno and producer / multi-instrumentalist Shaun Lopez, have released a new song, “Sensation.” The track is the latest piece of music to be unveiled off the group’s upcoming EP, PERMANENT.RADIANT, out December 9th via Warner Records.

“Sensation” arrives with a brooding music video, which features a recurring protagonist, actress Thais Molon, waking up following a car crash and trying to get a ride in the middle of a massive desert. Molon’s pursuits are paired with grainy live footage of the band in a narrow, dark alley.

“Sensation” follows the previously released “Vivien,” which will also appear on the EP. Earlier this year, Crosses also released the stand-alone singles “Initiation” and “Protection.”

Crosses’ PERMANENT.RADIANT EP, along with an album-specific line of merchandise, is available to pre-order at the group’s webstore.

Watch the music video for “Sensation” below, and read Heavy Consequence‘s interview with Moreno and Lopez here.