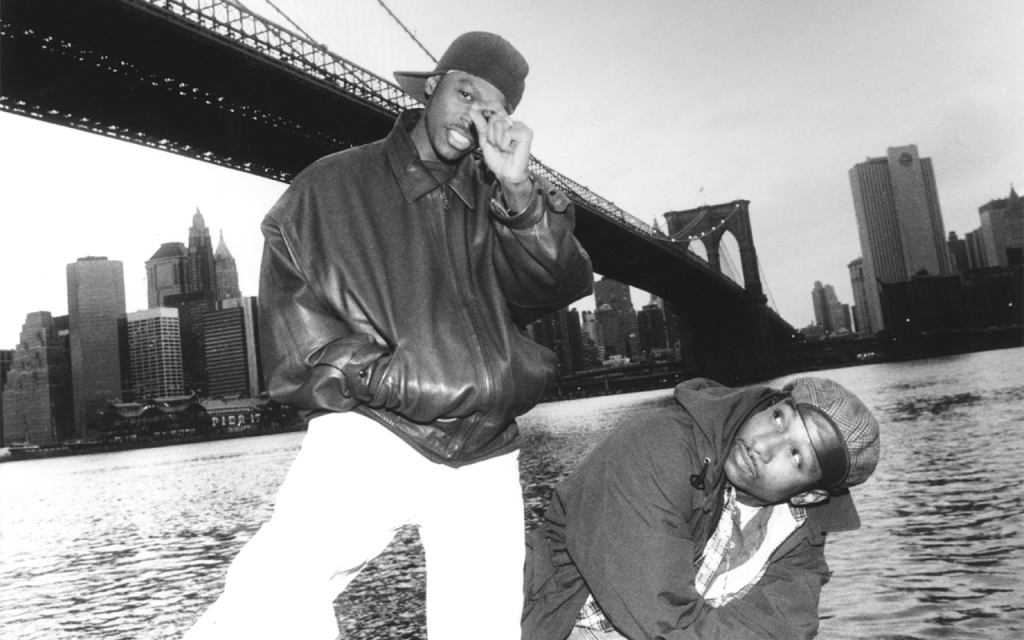 A prominent ’90s hip-hop duo is suing Universal Music Group for withholding royalties tied to what they’re alleging is a “sweetheart” deal the label reached with Spotify in the late 2000s.

Filed Wednesday (Jan. 4) in U.S. district court in New York by attorneys representing Andres Titus (Dres) and William McLean (Mista Lawnge), members of the hip-hop duo Black Sheep, the lawsuit claims UMG owes its artists approximately $750 million in royalties deriving from the company’s stock in Spotify. Under a licensing deal they claim UMG and the streaming giant reached in 2008, the label agreed to receive lower royalty payments in exchange for equity in the then-nascent streaming company. But Titus and McLean say the label breached their contract with Black Sheep and other artists by withholding what they argue is the artists’ rightful 50% share of UMG’s now-lucrative Spotify stock — and otherwise failing to compensate them for the lower royalty payments they received as a result of the alleged deal.

“Over time, the value of the Spotify stock that Universal improperly withheld from artists has ballooned to hundreds of millions of dollars,” the complaint continues. “These and the other wrongful conduct detailed herein resulted in the Company’s breaching its contracts with artists, violating the covenant of good faith and fair dealing that is implicit in those contracts, and unjust enrichment at the expense of its artists.”

In a statement sent to Billboard, a UMG spokesperson denied Titus and McLean’s claims: “Universal Music Group’s innovative leadership has led to the renewed growth of the music ecosystem to the benefit of recording artists, songwriters and creators around the world. UMG has a well-established track record of fighting for artist compensation and the claim that it would take equity at the expense of artist compensation is patently false and absurd. Given that this is pending litigation, we cannot comment on all aspects of the complaint.”

According to the lawsuit, Titus and McLean signed a record contract with Polygram in July 1990 (later amended and revised in July 1991) as Black Sheep — the duo best known for the hit rap single “The Choice Is Yours (Revisited)” from their RIAA Gold-selling 1991 album A Wolf in Sheep’s Clothing. Black Sheep’s record contract was then assumed by UMG after the company merged with Polygram in 1998.

UMG acquired just over 5% of Spotify shares “in or around the summer of 2008” in a licensing agreement in exchange for lower royalty payments, the complaint adds, citing a 2018 Music Business Worldwide report. It claims that Universal acquired additional Spotify shares through its 2011 purchase of EMI, which had acquired shares in the streaming company around the same time, the suit alleges. It then cites UMG’s own prospectus, released in September 2021, revealing that the label held roughly 6.49 million, or roughly 3.35%, of Spotify shares as of June 30, 2021, valued at 1.475 billion euros ($1.79 billion).

It’s worth noting that UMG’s stake in Spotify has become significantly less lucrative since June 30, 2021, however. As of Wednesday’s closing price, UMG’s stake in Spotify is now worth just $560 million — the result of Spotify shares falling 70.5% over the past 18 months. Notably, Spotify isn’t the only streaming service UMG has equity in; according to the same prospectus, it also owns 0.73% of Tencent Music Entertainment shares, a stake that’s currently worth $112.5 million.

Included as an exhibit in the complaint is Black Sheep’s amended July 1991 contract with Polygram, which states that royalties paid to Titus and McLean “‘shall be a sum equal to fifty percent (50%) of [Universal’s] net receipts with respect to’ the ‘exploitation’ for any ‘use or exploitation’ of ‘Master Recordings’ created by Plaintiffs.” The plaintiffs claim they and other UMG artists are thereby entitled to 50% of the labels’ Spotify stock but that UMG has failed to pay it. This demand stems from a couple of broad assumptions: that all artists in the class signed similar contracts and that they were similarly not compensated with a portion of UMG’s stock holdings in Spotify.

The plaintiffs are asking for compensatory damages, punitive damages and an injunction “or other appropriate equitable relief” requiring UMG “to refrain from engaging in deceptive practices” as outlined in the lawsuit.

UMG isn’t alone among the major labels in acquiring Spotify stock — both Sony and Warner Music, as well as indie Merlin, also have or had stakes in the company. In May 2018, Sony sold half of its 5.707% stake in Spotify for an estimated $761 million, while that same month Merlin announced it sold its entire stake for an unknown amount and had shared the proceeds with its members. Warner followed suit in August 2018 when it sold its entire 2% stake in the streamer for $504 million, with the company announcing that around $126 million of the proceeds would be paid out to the company’s artists.

UMG has yet to sell any of its stock in the streaming giant.

You can read the full lawsuit below.