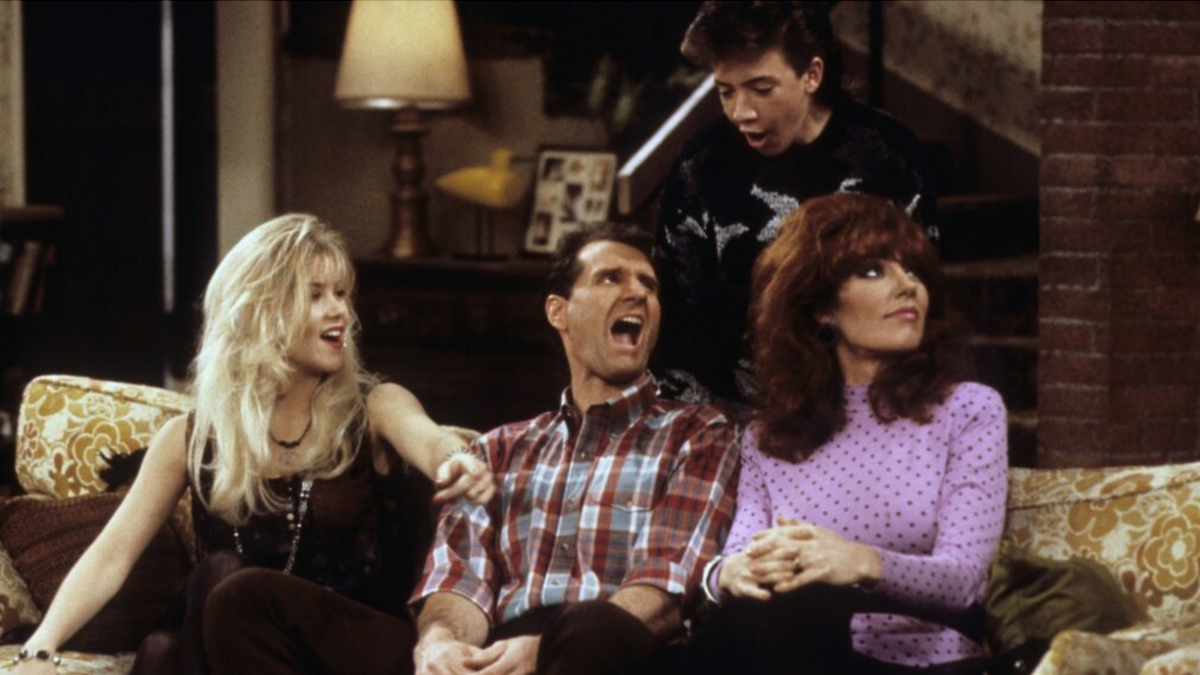 No network has yet reached an agreement to carry the cartoon, Deadline notes. But Sony Pictures Television, which owns the series, has already closed deals with the show’s stars. Reportedly, Fox (which aired the original), and Hulu and Peacock (which show reruns) are said to be interested.

One of the longest-running live-action sitcoms in history, Married… with Children aired for 11 seasons between 1987 and 1997. It followed the Bundys, including ornery patriarch Al (O’Neill), a women’s shoe salesman who peaked as a high school football player, his lazy, derisive wife Peggy (Sagal), and their two children, the beautiful yet brainless Kelly (Applegate), and the sex-obsessed smart aleck Bud (Faustino).

A variety of follow-up series have been kicked around over the years, but they usually broke down over the busy schedules of the stars. An animated series, which doesn’t require the talent to be in the same room at the same time, is a neat solution to the problem.

In 2020, O’Neill wrapped his final episode of Modern Family, which like Married… with Children ran for 11 seasons. Meanwhile, Sagal currently stars on The Conners and is set to reprise her role as Turanga Leela on the revival of Futurama, while Applegate will return in Season 3 of Dead to Me this fall. Last year, she revealed her diagnosis of multiple sclerosis.