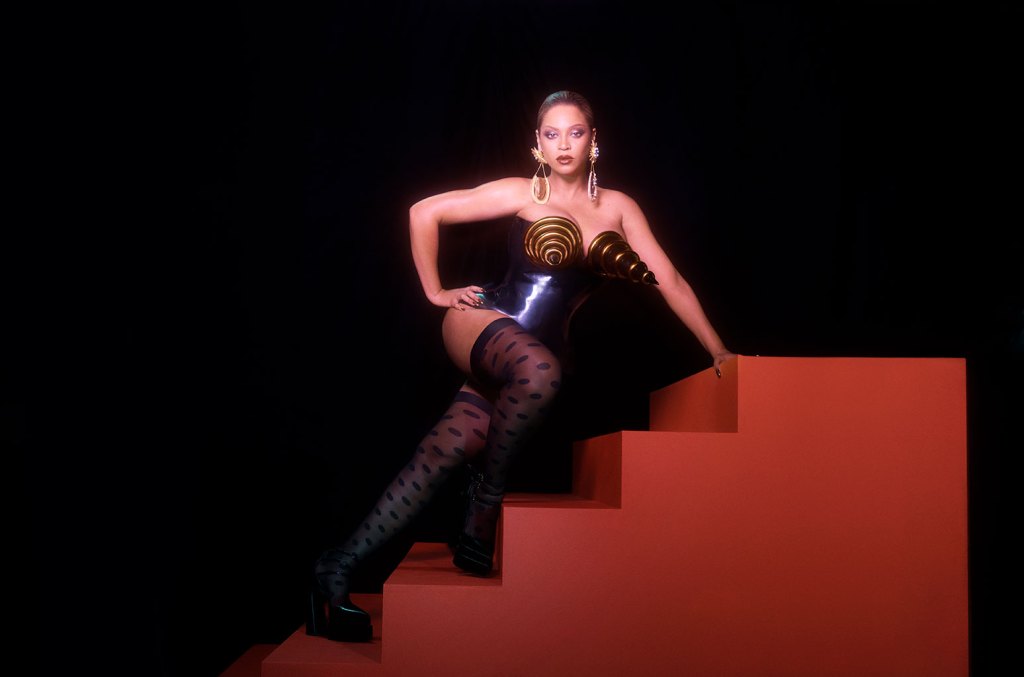 Beyoncé is forever that girl.

In a new series of photos shared to Instagram on Friday (Aug. 19), Queen Bey is wearing a gorgeous Nensi Dojaka velvet long sleeved mini dress from the designer’s fall/winter 2022 collection. She completed the outfit with a draped bra, tulle leggings with cut outs, sleek black shades, red nails and long blonde locks. She’s also holding a sparkling black clutch that has “C—y” written on a Texas license plate, as an homage to her home state.

See the snaps here. To soundtrack the photo series, Bey chose her Renaissance track, “Pure/Honey,” which repeats the word “c—y” over and over.

Meanwhile, “Break My Soul,” the lead single from Renaissance, rose to No. 1 on the Billboard Hot 100, gifting Queen Bey her eighth chart-topper as a soloist and her 12th overall.