BTS’ Jungkook Dedicates New Solo Song ‘My You’ to ARMY: 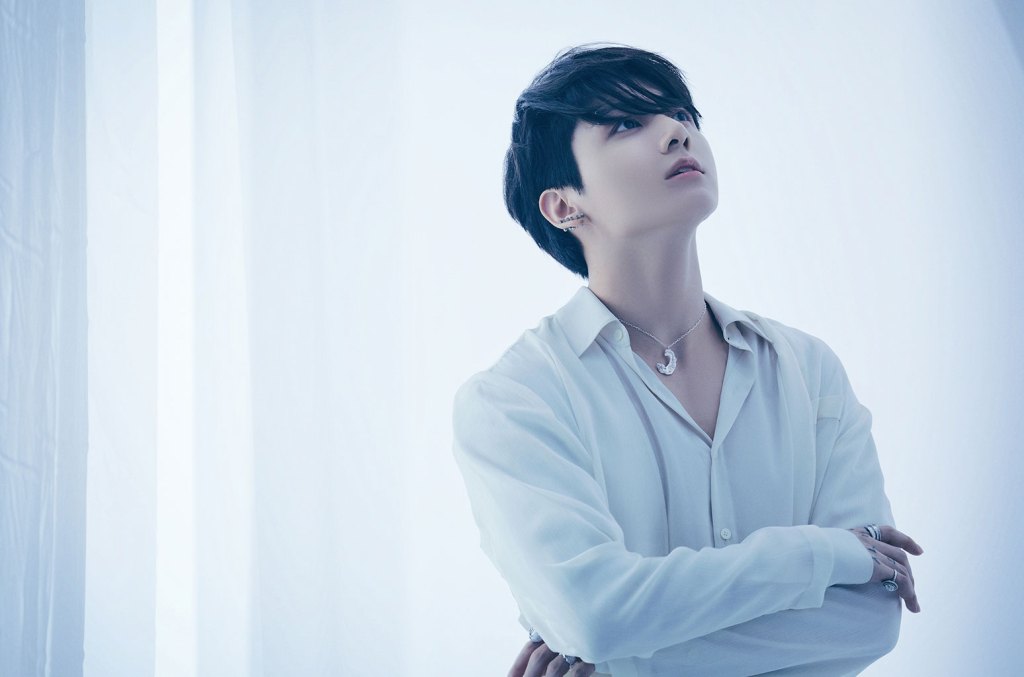 Just days after the highly anticipated arrival of BTS‘ anthology album Proof, Jungkook is giving ARMY even more to be happy about. The singer gifted fans a brand new solo track titled “My You” on Sunday (June 12), a touching love letter to his fans in light of the love and devotion they have given him over the years.

BTS’ official Twitter account shared the news, and wrote that the track is a “song for ARMY.” The song arrived one day before June 13, BTS’ ninth anniversary as a group.

The track, which Jungkook recorded in both English and Korean, sees him thanking fans for standing by him and allowing him to live a life that he is truly thankful for. And despite all of the success he’s already experienced alongside BTS, Jungkook promises his listeners that he will go the extra mile and continue to make his fans proud.

Proof, which arrived on June 10, was also released as a gift to ARMY and doubled as a celebration of BTS’ ninth anniversary. Though the album has been out for a mere three days, fans have voted the LP as their favorite new music release of the past week, pulling in 88% of the vote in Billboard‘s weekly new music poll.

Listen to “My You” below.

Paddington 3 Gets Official Title and Director

My Secret to Finding the Most Expensive-Looking M&S Pieces

Henry Thomas is in a Bloody Fight For His Life