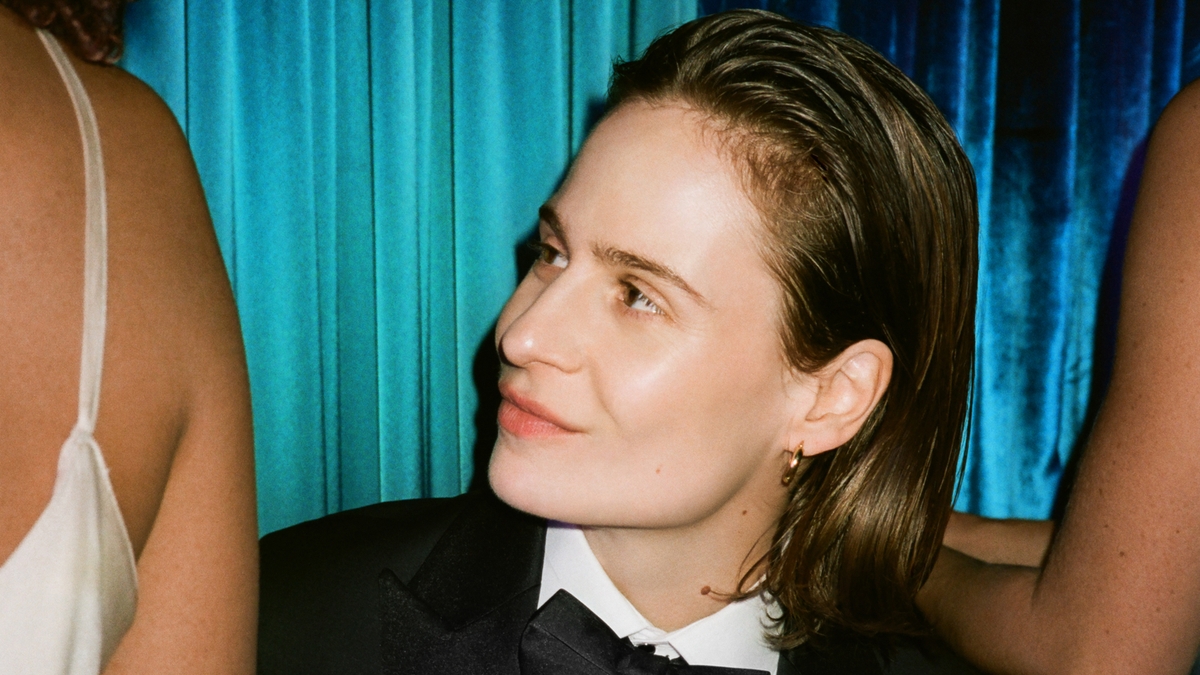 “That song is about a conversation of love that carries on even if you don’t see the person or hear the person anymore,” Christine and the Queens told Zane Lowe on Apple Music 1. “True love is a conversation that is never interrupted. And by never I mean not even by death. That’s my current faith I have right now. That song is a conversation I have with someone that’s not there anymore. We can’t be without each other, which can be annoying because I’m a very timid person.”

The new single follows “Je te vois enfin,” which served as the introduction to Christine and the Queens’ Redcar persona. The release date for Redcar les adorables étoiles has been pushed back to November 11th via Because Music. Pre-orders are ongoing.

In September 2021, Christine and the Queens shared a two-track covers EP called Joseph featuring a take on George Michael’s “Freedom ’90.” Before that, the artist released the La Vita Nuova EP in 2020.  Christine’s last full-length was 2018’s Chris.

To promote Redcar, Christine and the Queens will play back-to-back nights at Paris’ Cirque d’Hiver on November 9th and 10th, with a show at London’s Royal Festival Hall to be announced. See the updated schedule below.